The port has played a key role in Beirut’s history and stands at the centre of the city, surrounded by some of its most important neighbourhoods.

The centre of Beirut has suffered devastation following an explosion which has destroyed the port, caused massive damage to the Lebanese capital and resulted in numerous deaths.

The blast, in the early evening of 4 August, has been reported as having the force of a 3.5 magnitude earthquake – and is believed to have been fuelled by 2,750 tons of ammonium nitrate stored in a warehouse at the port.

While post-civil war Lebanon’s economy, infrastructure and basic services are already on their knees due to an unprecedented economic crisis, widespread public protest about believed government corruption and recently the COVID-19 pandemic, another portion of Lebanon’s crucial national infrastructure now lies in ruins.

The port of Beirut handles 60 per cent of Lebanon’s imports as well as the storage of its food and medical reserves. 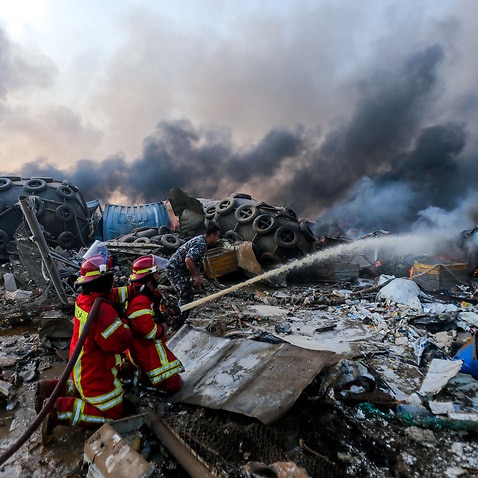 The history of a port at Beirut stretches back to as far as the 15th century BC. In the 20th century, Beirut became a key seaport serving the oil trade and related passenger and cargo movements in the Levant and the Gulf.

The port has played a key role in Beirut’s history and stands at the centre of the city, surrounded by some of its most important neighbourhoods.

From 1975 until 1990, Lebanon endured a vicious and prolonged civil war. Beirut became the site where sectarian tensions and regional geopolitics became part of urban space.

It resulted in profound divisions and changes in the geography of the city. In September 1975, a few months into the civil war, the centre of Beirut became the core of militia fighting.

During the war the city was partitioned by a “Green Line” which split Beirut into an eastern and western sector. Demographic redistributions took place: people moved from one side of the city to the other along sectarian and political lines, with Christians settling mainly to the east and Muslims mainly to the west of the line. A drone picture shows smoke from the scene of an explosion at the seaport of Beirut, Lebanon, Wednesday, Aug. 5, 2020
AP

The Green Line gradually progressed from the southern suburbs to the west gate of the harbour. In 1981 the New York Times reported that the port was one of the only places in the city where the Green Line could be crossed.

In the post-war era, the port of Beirut has expanded into a major regional hub seaport. It recently called for tenders for an international bid to manage a container terminal, to the east of where the explosion took place, and has experienced a significant increase in its vessel capacity.

Crucially, the port of Beirut stands adjacent to the most expensive real estate in town: the the Beirut Central District.

In the early 1980s, this area was pinpointed for redevelopment, and at the end of the civil war it was the target of one of the biggest investment operations in Lebanese history.

The redevelopment was considered controversial due to concerns about a lack of sustainability, inequality with the rest of the city, high property prices, lack of public spaces and costly services.

In 2015 and 2019, this area became the fulcrum of public anti-government protests. Until the interruption of the coronavirus pandemic, protesters took over several buildings and squares in the city centre. They campaigned against government corruption, and – among other things – for the right of access to pubic services and resources.

In addition, they called for government accountability amid crumbling infrastructure and services, the loss of public space and environmental decline.

The port of Beirut also stands close to the dense residential areas of Gemmayzeh, Geitawi and the upmarket urban pockets of Sursock and Tabaris, separated only by a motorway.

East of the port, and directly adjacent, are the neighbourhoods of Mar Mikhail and Karantina – the Ottoman quarantine station which marked the point of arrival and settlement for successive waves of refugees, including from Armenia in the 1920s and Palestine from the 1940s. 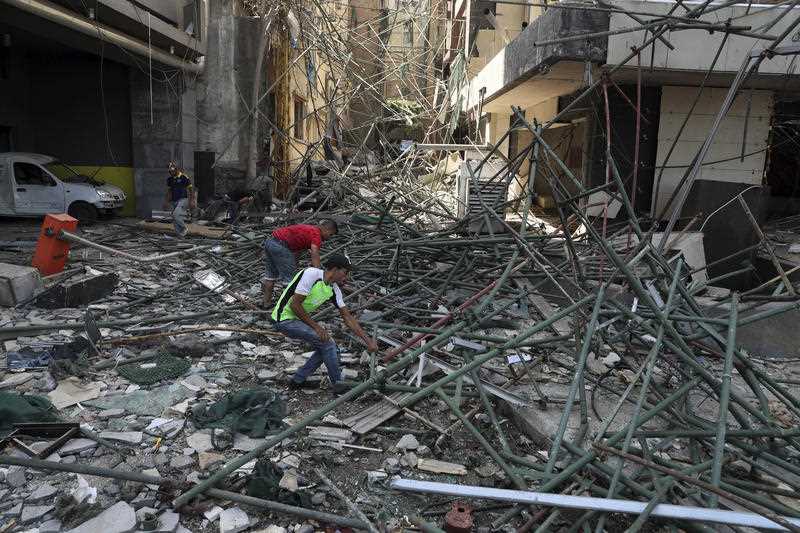 Workers remove rubble from damaged buildings near the site of an explosion on Tuesday that hit the seaport of Beirut, Lebanon, Thursday, Aug. 6, 2020
AP

A portrait of the city

This cluster of neighbourhoods hosts many of Lebanon’s state and private services, including the electricity provider (EDL), a bus terminal and three hospitals. Gemmayzeh and Mar Mikhael, in particular, have undergone a process of gentrification in the last decade, prompting protests from residents against demolitions of heritage buildings, noise pollution and soaring property prices.

The popular quarters around the port and the reconstructed city centre present two sides of Beirut’s postwar reconstruction.

Top-down regeneration with a master plan has taken place in the Beirut Central District, while a slow-burning gentrification characterises the other neighbourhoods.

It has been reported that operations will shift from Beirut’s devastated port to Lebanon’s other seaport with container capacity in Tripoli, around 80km along the coast.

But it cannot be understated how much has been lost in terms of investment in the port of Beirut, and in the surrounding city.

Sara Fregonese is a lecturer in political geography at the University of Birmingham. She does not work for, consult, own shares in or receive funding from any company or organisation that would benefit from this article, and has disclosed no relevant affiliations beyond their academic appointment.