The postal vote backing same-sex marriage was a huge moment for couples hoping to legally wed. But what if your neighbourhood voted no?

When Marc and Alan’s big moment finally arrived, it was their longtime pastor who gently urged them that now - at last - “you may seal that with a kiss”.

After the slightest pause, Marc Goodacre leaned in and passionately planted one on his new husband, Alan Baxter. “Friends, it is with the greatest pleasure that we present Marc and Alan, life partners, now legally married,” said Reverend Robert Clark, pastor for western Sydney’s Metropolitan Community Church of the Good Shepherd.

The occasion - the first same-sex wedding at the Granville church hall - was marked with matching rainbow ties, church hymns and a modest reception of chips, sandwiches and a groom-topped cake.

It also took place in a neighbourhood where most voters never wanted it to happen.

Granville, 24 kilometres south-west of the CBD, is part of the electorate of Parramatta and falls firmly within No territory. Of the 17 electorates that voted against same-sex marriage in last year’s historic postal survey, 12 were in this part of Sydney. The happy couple embrace after the ceremony.

The same-sex marriage postal survey ended in November 2017, with 61.6 percent of the population voting resoundingly Yes. Same-sex marriage was signed into law on December 8.

As supporters of same-sex marriage come to terms with the new reality of marriage equality, those in electorates like Banks must also reconcile themselves with living in areas that bucked the national mood.

Mr Goodacre, 50, who was happy to have both the vote and his wedding nerves behind him, was “a little bit disappointed” that his electorate voted 55.1 percent No.

“It was disappointing, but it wasn’t by the biggest of margins,” he said. “If it was 80 percent it would be harder to change.” Marc and Alan celebrate their happy moment with family and friends.
SBS News

In the five months since gay marriage became legal, same-sex couples represented 4.9 per cent of all couples lodging their intent to marry at the Parramatta office of the NSW Registry of Births, Deaths and Marriages, compared to 18.3 per cent at the Sydney office.

Parramatta bridal boutique owner Jenny Punch pointed to the electorate’s 61.6 percent No vote as a possible explanation for why business hadn’t picked up as much as she expected since same-sex unions became legal.

“I was expecting more of a flood,” Ms Punch said of the handful of weddings handled by her business, Vision in White.

“Parramatta, as you know, was one of the strongest No votes in Australia,” she said. Parramatta has a population of 25,798 according to the 2016 ABS census data.
SBS News

“I think it will take a while for Parramatta to get on board.”

The electorate’s result “shocked” local Portia Turbo and his partner, Jin Seo. Despite the rancour that at times marked the public debate, neither had ever felt any hostility from their neighbourhood of three years; four other same-sex couples live on their street.

“We’ve never had a drama in Parramatta, never,” said Mr Turbo, a professional drag queen who has performed locally. “I’ve never had anyone yell at me, we walk hand-in-hand down at the mall. Never had a problem.”

Mr Seo migrated to Australia about a decade ago from South Korea where he said there was “no such thing” as gay rights, which helped him cast the Parramatta result in a broader perspective. Portia and Jin will wed in July.
SBS

“Living as a gay in Korea is kind of dead actually, because I can’t be myself, I can’t tell anyone,” he said.

Marriage was very significant in Korean culture, he said - and his family would be flying out to see him wed Mr Turbo in July.

“It feels like finally I get accepted from my family,” he said. “Now they accept that I married someone. It doesn’t matter girl or man.”

Mr Turbo, who has watched the debate evolve while campaigning for marriage equality over the past 15 years, said there would always be people “who forever don’t want us to marry, and that’s okay.” Jin is expecting his family to fly from South Korea to attend the July wedding.

“We don’t want to change their minds, just want to live our lives in love and let them see that it can be done with dignity, I suppose,” he said.

Religion, culture, migration patterns and class have all been cited by experts grappling to explain why western Sydney stood out against many other electorates around the country.

“The correlation between voting No and employment rates, low income is fairly in your face. But it also is the case that lower incomes are associated with certain immigrant communities as well,” University of Technology Sydney sociology professor Andrew Jakubowicz said. 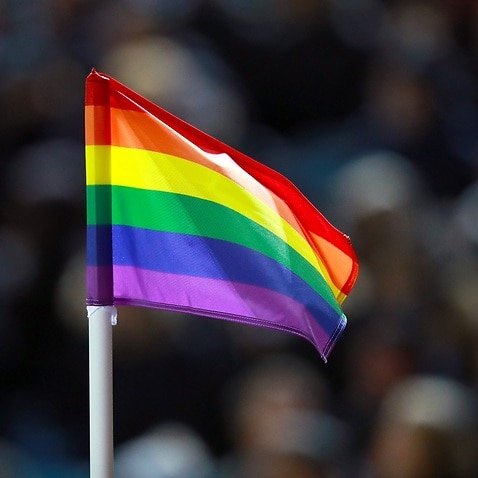 Australian National University demographer Liz Allen said while there were socio-economic factors behind the vote, high levels of religious observance were key in Sydney’s west, which has a big Muslim population and also home to the Pentecostal megachurch, Hillsong.

“By far in a way, the most powerful related factor in these areas that returned a No majority was indeed religion,” Dr Allen said.

Western Sydney’s Blaxland, the electorate which recorded the highest No vote in the country (73.9 percent), just 13 percent of the population reported holding “no religion” in the 2016 census, compared to the national figure of 30 percent.

Dr Allen says she believes that now same-sex marriage is the law it will be accepted by many who opposed it before the vote.

“Given that Australians have clearly said we support marriage equality in Australia, over time and not a particularly long time, that people will adjust to this,” she said.

“We might hear vocal commentators on the side, but they will be on the fringe of society.”

But Sydney’s Hindu community, which is centred within western suburbs, illustrates how some faith communities have been trying to negotiate this terrain - even before the vote.

In September, the Australian Council of Hindu Clergy initially released a statement backing same-sex marriage before reissuing it to instead state that marriage “is between a man and a woman”. 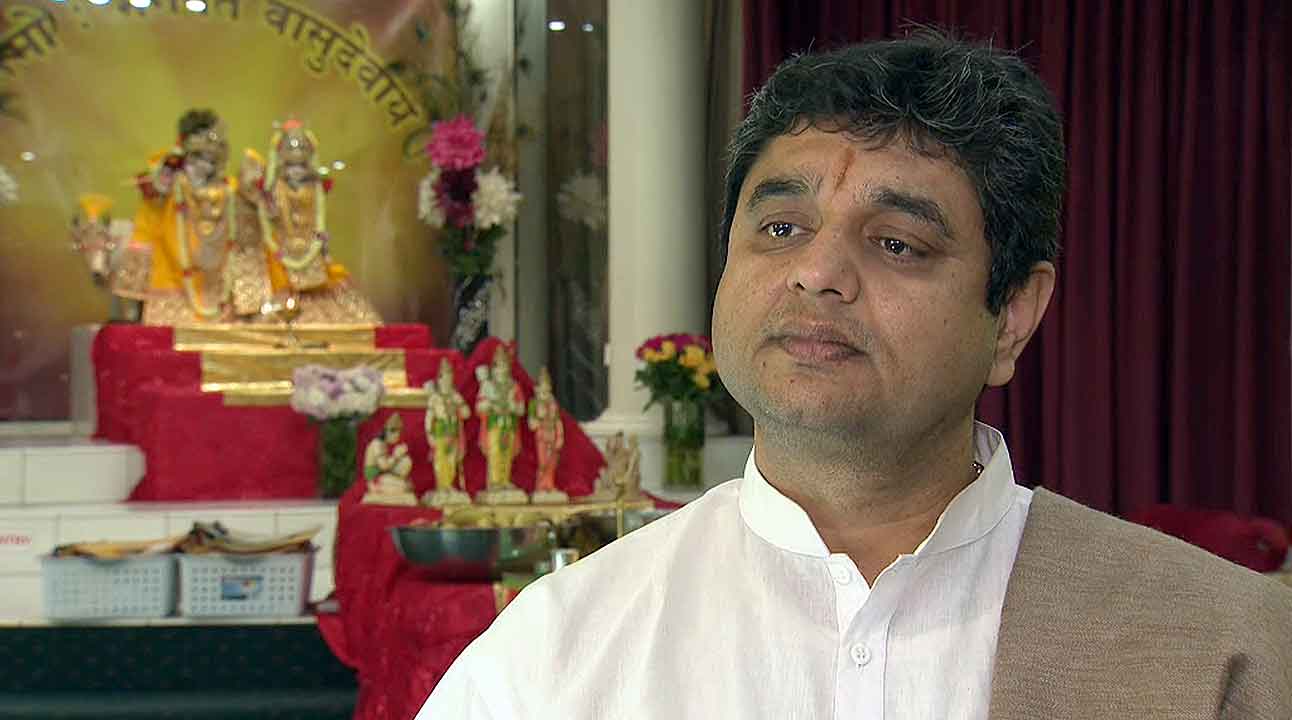 “Hinduism is the oldest religion in the world, but we never faced this type of situation,” said Pandit Jatin Bhatt, the head priest at Sri Mandir temple, which falls within Blaxland.

Mr Bhatt said that while he respected the laws of Australia, including those recognising same-sex unions, there wasn’t a basis for performing the weddings according to Hindu scripture.

“I’m not a civil celebrant, I’m a religious celebrant, so for me, I have to perform this ceremony as per the religion,” he said.

“And in my religion, there is no any type of wedding rituals like that. I have to say ‘I don’t know how to perform this in a religious way’”. 'In front of God'

Mr Goodacre and Mr Baxter who have been together for four years, marked their relationship with a commitment ceremony two years ago when it was unclear whether same-sex marriages were ever going to happen.

For them it was important to have the chance to marry legally and in front of their faith community.

“It’s a chance for them to have their union in front of God and I know it means the world to them,” said Alan’s sister Susan Baxter, who attended the wedding with his mother Denise Graham.

Pastor Clark said he had known the couple for “quite a few years” and was honoured to be part of their ceremony. There were many more same-sex weddings to go, he said.

“Seven more lined up,” he said. “Plus the regular weddings, so it's very busy this time of year.”