Auburn North Public School has received a Secretary's Award in recognition of its program to help refugee students and parents.

On Wednesday night, the school was recognised with the ‘NSW Minister’s and Secretary’s Awards for Excellence’ for its work with refugee students and parents.

An estimated 97 per cent of the school's students come from language backgrounds other than English and that means the school's extra work outside the traditional classroom setting is critically important. “Until I came to Auburn North, I'd only worked in a school four years, this is my 19th year, and I'm surrounded by beautiful children, beautiful staff, and beautiful parents,” he told S BS News.

The facilitator of the Harmony House programs Christine Daujotis said fostering a sense of community helps parents from other cultures settle in. 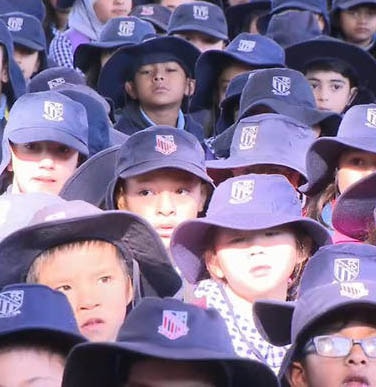 The Sydney school has been recognised for its work with students - and parents - from non-English speaking backgrounds.
SBS News

“A lot of our parents have no extended family, they come from many traumatised backgrounds and experiences," she said.

“They don't come with anybody else, they don't have their mothers or sisters or brothers, so many of them are isolated.” Parents of Year Two students took part in a specially developed ‘Parents as Partners in Learning’ workshop on Wednesday which was specially tailored.

“They're differentiated, they're grade based, and they're specific to the strategy and skills that students will need at that specific stage of their learning,” instructional leader Chantel Mirzai said..

It provided an opportunity to discover exactly how their own children are taught, so that when their children ask questions at home, they have the confidence and the knowledge to help.

Mother Ishratunnisa Begum said it was important to understand how her children are being taught. Mother, Ishratunnisa Begum speaks about how the program benefits her and her children.
SBS

“We need to catch up to what the children are doing,” she said.

“It's really hard when they ask, ‘Mum, we are stuck here, how do we go to the next level?’

“It's really helpful for me, attending these sessions.”

Sediqa Zargar, from Afghanistan, is another mother with children at the school. She never had the chance to go to school, and said the program was valuable for her. 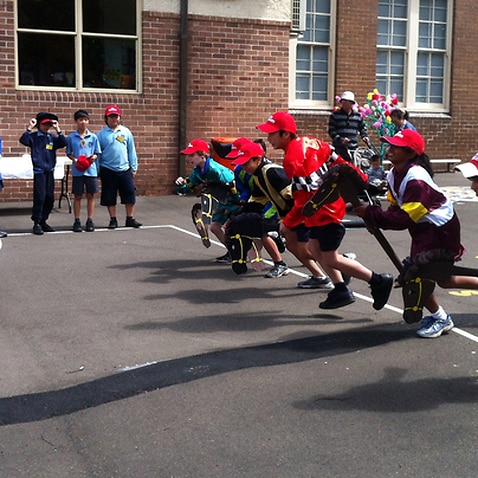 The importance of teaching more than English to refugee students

“My first schooling was English classes I attended in Australia," she told SBS News.

“By going to the English classes, I'm able to come here and understand a little bit, and get familiar with the work my children do at school, so I can help them at home.”