Australia has long faced global criticism for its mandatory detention policy. With a progressive new leader in the White House, our treatment of refugees is under renewed scrutiny.

With the United States expected to significantly increase the number of refugees allowed into the country each year, experts say Australia could face growing pressure to do the same.

US President Joe Biden recently said he would set the cap on admissions at 125,000 each year as part of the country’s refugee resettlement program - an eight-fold increase on the current 15,000.

"We offered safe havens for those fleeing violence or persecution" in previous decades, Mr Biden said, when America's "moral leadership on refugee issues" encouraged other nations to open their doors as well.

“I'm approving an executive order to begin the hard work of restoring our refugee admissions program to help meet the unprecedented global need,” he said.

"It's going to take time to rebuild what has been so badly damaged, but that's precisely what we're going to do."

Mr Biden’s new refugee commitment echoes that of former president Barack Obama, who set an intake of up to 110,000 in his final year in office.

Under Donald Trump’s presidency, the program was cut to a historic low of just 15,000 places in 2020.

What could this mean for Australia?

Experts say the Biden administration’s more progressive push for refugees could put pressure on the Australian government to follow suit.

Dr Claire Higgins, senior research fellow at the Kaldor Centre for International Refugee Law at UNSW, told SBS News it is “highly likely” the US government will look for other countries - like our own - to contribute more to their own resettlement programs.

“The Australian government has long sought to offset the controversial and harsh nature of its asylum policies by promoting an image of Australia as a generous contributor to refugee resettlement,” she said.

“Maintaining that ‘generous’ image will be important over the next four years as the Biden administration raises the bar for refugee admissions, especially if other countries follow the US’ lead.”

The Australian government set a target of 18,750 humanitarian places for 2019-20 with its Refugee and Humanitarian Program.

But in its latest report, the Department of Home Affairs reported a significant reduction in the number of refugee visas granted.

In its 2019-20 Annual Report, the Department noted it had delivered 13,171 Humanitarian Program places out of the total 18,750 allocated for that year.

It said the Humanitarian Program had not been fully delivered due to COVID-19 travel restrictions.

A chance to strengthen ties

Dr Higgins said Australia adopting a more humanitarian approach to refugees and asylum seekers would be key to strengthening ties with the new US administration.

"Immigration and refugee matters are a firm fixture of the Australia-US bilateral relationship," she said.

"The two governments liaise closely and have well-established arrangements for exchanging knowledge and expertise on immigration management and refugee affairs.

"Given that Australia has long sought to use its annual refugee and humanitarian program as a way to deflect criticism of its hardline asylum policy, then it would seem that a future increase in Australia’s resettlement quota would be a logical way to earn favour with the Biden administration in this policy area." 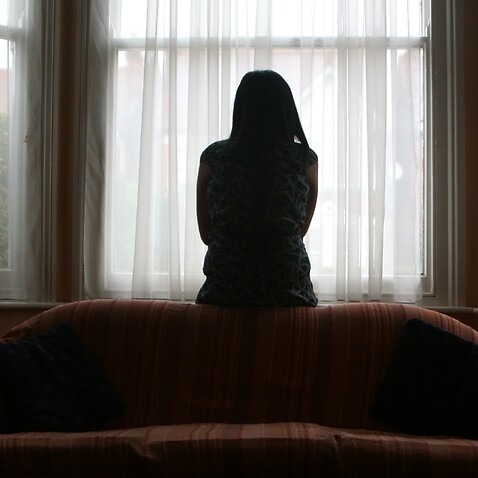 Refugee advocates have likewise urged Australia to follow in the new US administration’s footsteps.

Paul Power, CEO of the Refugee Council of Australia, urged Mr Morrison to follow the Biden administration on refugee policy.

“Humanitarianism is also an Australian value,” he said.

Mr Power said Australia’s relatively successful handling of the coronavirus pandemic “puts us in an even stronger position to do more to help refugees than most nations worldwide”.

“We also welcome the news that the US will look to introducing a sponsorship program to enable American community members to be more involved in the settlement of refugees,” he said.

“Australia is now falling behind also in this area, as many other countries move to adopt refugee community sponsorship programs. We hope President Biden’s example spurs on Australia to reconsider its current policies of sponsorship.”

Could we forge a new refugee deal with the US?

Under an agreement with Mr Obama, up to 1,250 refugees would be transferred from Australia to the US.

While Mr Trump condemned the deal as "dumb" while in office, the transfers continued.

Dr Higgins noted the 1,250 cap was a ceiling rather than a guaranteed number of places. "The number resettled under the deal will ultimately be determined by the US government," she said.

She said she wouldn't rule out a similar deal being forged with the new Biden administration.

"The Australian and US governments have a long history of resettlement arrangements of this kind, dating back to the Carter administration in 1980 and through the Clinton, Bush and Obama years," Dr Higgins said.

"This has included Australia resettling Cubans and other refugees who sought asylum by boat in the United States.

"It is therefore quite possible that the two countries will make such arrangements again in future."

Australia has for years had a poor global reputation with its human rights track record for asylum seekers and refugees - largely for its offshore processing policy.

A 2019 New Yorker piece referred to the facilities as "concentration camps".

At a UN human rights session last month, several countries including China and Mexico raised concerns about Australia's border policies, including its offshore processing policy and refusal to resettle people who arrived by boat.

Even North Korea, which has one of the world’s worst records for human rights, accused Canberra of employing “cruel, inhumane or degrading treatment” against people in detention. 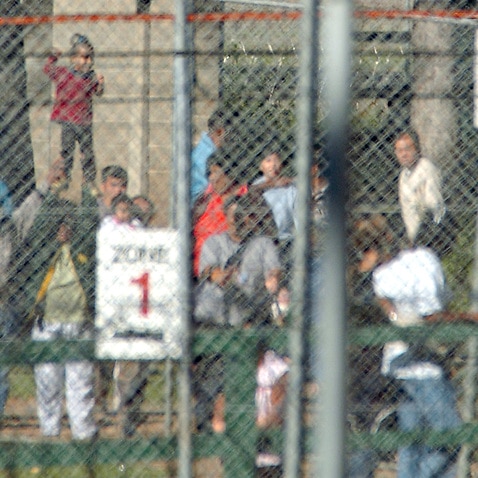 Dr Higgins said there’s a good chance Australia could face pressure from the Biden administration to revise its use of offshore detention - and to re-examine its treatment of asylum seekers more broadly.

“We know that this occurred under the Obama administration, when US diplomats urged Australia to be leaders in humanitarian responses to refugees, and when, in 2015, the United States was one of several countries that raised concerns about Australia’s treatment of asylum seekers during Australia’s Universal Periodic Review before the UN Human Rights Council,” she said.

The UN estimates there are 25.9 million refugees worldwide, most of whom are hosted in developing countries.