Little has been done to help the millions of refugees from Myanmar, Venezuela, Syria and other troubled countries find permanent resettlement options.

This week, the UN High Commissioner for Refugees, Filippo Grandi, labelled the world’s refugee problem a crisis that is primarily impacting developing countries, who are hosting most of the world’s 70 million displaced people.

It’s the highest number of people fleeing violence since the second world war, the agency said in a report. Last year, 37,000 people were forced to flee their homes every day.

My colleague and I have conducted extensive research on refugees at the US-Mexico border and in Southeast Asia and Australia, studying the lives of people in detention, in transit, and resettled in host countries. In all these cases, an enduring problem is that nations are not doing enough to provide adequate protection for refugees.

Australia, and the international community as a whole, needs to do more to help the world’s most vulnerable people. Here are five solutions we believe can work. 1. Give them their rights: enforce international conventions

Most countries have either signed the 1951 Refugee Convention or its 1967 Protocol. These ensure basic rights and protections for refugees, in addition to other human rights conventions.

However, many nations maintain reservations on key articles, have not implemented the agreements or simply do not comply with their international obligations. Others do not provide access to these protections for people without legal status, such as refugees.

Addressing the nonexistent enforcement mechanisms of international conventions, agreements and declarations is the first step for improving refugees’ rights. In December 2018, the UN Global Compact on Refugees was agreed to by 181 countries. The document has the following objectives: A two-year old Syrian refugee girl at the border between North Macedonia and Greece, near the southern city of Gevgelija, Republic of North Macedonia.
EPA

Cooperation of this sort has been attempted in our region before with the Bali Process, which focused on cross-border people smuggling and trafficking. But this agreement had an adverse effect by criminalising the movement of people across borders to seek asylum.

A regional refugee compact would shift the focus away from border protection and deterrence and instead ensure refugees receive the protections they need in transit and on arrival in host countries. 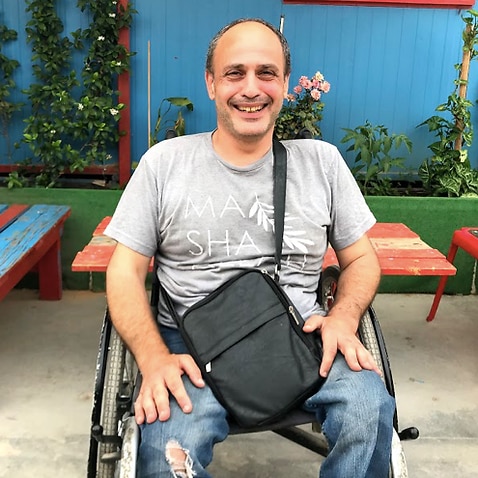 According to the UNHCR, detention should be considered a last resource for countries dealing with influxes of refugees. And yet, refugee confinement has become common practice.

All over the world, the closure of borders and privatisation of immigration detention centres have resulted in a rapid increase in the imprisonment of refugees, including women and children. Although Australia has moved hundreds of refugees off Manus Island and Nauru in recent years, there are still 915 remaining in detention centres on the islands.

It is paramount that detention centres and offshore processing centres be closed. The practice is not only cruel, it’s expensive. According to the Refugee Council of Australia, it costs more than A$573,000 a year to hold just one refugee in detention on Manus or Nauru. Australia's refugee policy is out of step with global standards and breaks international law: report

The International Detention Coalition has identified over 250 alternatives to detention, such as providing temporary legal status to refugees while they await decisions on their permanent status.

Another alternative is to increase global refugee resettlement quotas. These quotas have been decreasing sharply around the world in recent years. The US, for instance, resettled fewer refugees than Canada in 2018. Migrants and refugees sit at a tent camp in Bihac, Bosnia and Herzegovina, 16 June 2019.
EPA

4. Allow them to participate: work rights for refugees

Refugees should not be treated as passive recipients of humanitarian aid and charity – they should be permitted to work.

Providing working visas for refugees in transit countries, as well as those on bridging visas or waiting for their asylum claims to be processed, would help them earn a livelihood and contribute to society.

In Malaysia, for example, refugees have no work rights at all and have to work illegally in the shadow economy. In Australia, work rights for many refugees on bridging visas depend on the discretion of the Home Affairs department.

Another important issue: permitting refugees the right to work must also come with safeguards to prevent their exploitation. 5. Let them in: open borders

This “refugee crisis” is really just a crisis of who has the right to move. Thanks to the birthright lottery, some people are able to move freely across borders, while others remain trapped in violence and poverty.

If borders were open to all, the human smuggling business would cease to exist. And refugees of all sorts, including those displaced by climate change, would be able to enjoy work rights and access to health care and education.

Even though we live in an era where more walls are going up between nations, we have evidence this does not stop migration.

And the evidence for the economic benefits for open borders is unambiguous. According to some estimates, opening the world’s borders could increase global GDP by US$100 trillion. We just need to take a bold step and give refugees a right already enjoyed by some – the right to move.

Gerhard Hoffstaedter has received funding from the Australian Research Council.