Cosmetics retailer Lush has been joined by a handful of small businesses in refusing the changes to penalty rates.

The directors of Lush Australia and New Zealand have confirmed that the cosmetics company will not be applying reduced penalty rates to its staff.

On Thursday, the Fair Work Commission announced that Sunday and public holiday penalty rates will be reduced for hospitality and retail workers

But in a Facebook post to staff, Lush directors Mark Lincoln and Peta Granger confirmed that no employees will be “adversely affected”.

“On behalf of Lush Australia, we wish to advise that we will not be applying these reductions to the rates of pay our staff are currently paid,” the post read.

“We will continue to pay our staff under the existing terms and conditions for employees working on Sundays and public holidays.” 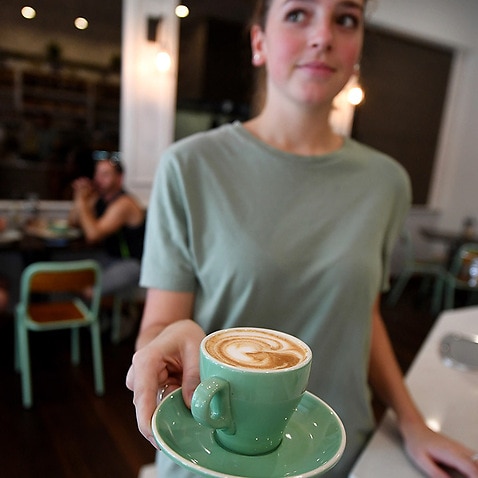 The development was then confirmed in a statement on Friday morning.

"At Lush we have always had a commitment to trading fairly, committing to pay a fair trade premium to struggling communities who produce ingredients and components for our products," the directors said in the statement.

"Applying Fair Work’s ruling on penalty rates is a choice. The happiest and most productive employees are those who feel safe, valued and listened to by their employers. We encourage other employers to carefully consider the implications on their employees before making the choice."

A small number of cafes around Australia have also taken to social media to publicly confirm that they will also ignore the changes.

“Our staff are our family,” posted Brisbane’s Delfina’s Bistro on Facebook.

We're proud to support our staff for the wonderful work they do, they deserve their #penaltyrate pic.twitter.com/5somwkrQcH

“We will continue to pay their penalties because we value their work and their time. As employers we have a choice and these changes have not taken that choice away from us.”

“We value our staff who give up their Sundays to serve you tasty food on your day off,” said the owners of Bonta Vera café near Newcastle.

And the Surf Café on the NSW Central Coast slammed the penalty rate changes. In an expletive Facebook post, the owner said they “believe in a fair playing field” and will continue to pay staff above the previous rates.

Under the changes, workers in retail (including pharmacies) will no longer be paid double time on Sundays. Their rates will drop to time-and-a-half except for casuals, who will receive time-and-three-quarters instead.

It is much the same for hospitality workers, but there will be no change for casuals. In fast food, time-and-a-half pay will drop to time-and-a-quarter. Fast food casuals will receive time-and-a-half.

Public holiday rates have also been cut but still remain above double time.

The Fair Work Commission says the changes will lead to more jobs, and longer trading hours on Sundays and public holidays.

But the Labor Party and the Australian Council of Trade Unions have slammed the decision, saying some of Australia’s lowest paid workers would lose thousands of dollars a year. Hundreds flock to anti-lockdown rally in Melbourne despite police warning