The first quarterly report from the NDIS on its transition phase reveals it has fallen drastically short of its targets for new enrolments following an IT problem.

The National Disability Insurance Scheme (NDIS) is falling well short of its quota for new enrollees after being plagued by IT problems affecting payments, complaints about delays in services and some enrollees being worse off.

A report released this week revealed the National Disability Insurance Authority had enrolled just 7,440 new participants out of an original target of 20,064. The target was reduced down to 10,529 after IT problems in June created setbacks. The overall target for the first year is 120,000.

CEO of the ACT Disability, Aged and Carer Advocacy Service Fiona May told SBS people were afraid to enrol after hearing of problems with payments and lengthy delays to signing up.

"The changes they have introduced into the planning process have caused considerable anxiety for people with disabilities and their families and I know that some are choosing not to apply right now," she said.

"They are too afraid to enter the scheme right now because they don’t trust the process." 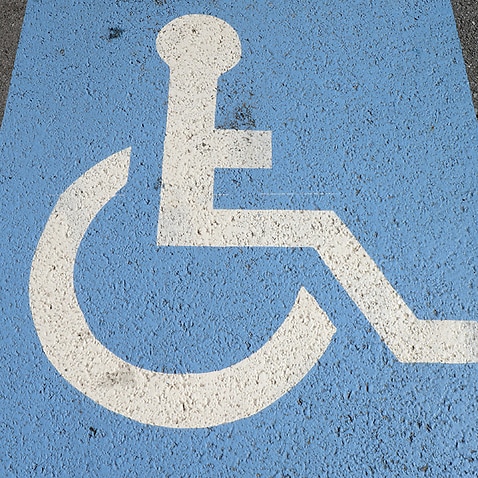 Understanding the NDIS: the challenges disability service providers face in a market-based system

Many have complained they are worse off under the NDIS transport payments system, as reported by ABC, or that their existing support from state governments was being automatically cut off as soon as they were approved by the NDIS, when it then could take months before the NDIS started paying essential allowances such as transport payments.

Ms May said she had been hearing many reports of people who had been left without payments or worse off.

"The other problem is a timing issue - so Centrelink is currently cutting off the mobility allowance as soon as they hear from the NDIA that a person is eligible, but that person may be many weeks or even months from getting support plan," she said.

"It takes the NDIS processors that long to catch up, which means they are then without any funding toward their transport during that gap period."

She believes poor planning and a lack of staff have compounded the problem.

"One of the issues is that the Government has a put a cap on the number of staff the agency can employ so they are trying to do a really, really big job with fewer staff than it actually takes to do that job," she said.

"One of the ways they are trying to solve that is to get third parties to do that work for them but I think that is impacting on the quality of the work that is happening."

SBS News contacted the NDIA for comment but is yet to receive a response.