Without dedicated social media news channels and public broadcaster bulletins for children, are Australian kids being left in the dark?

Social media-savvy children in Scandinavian countries are forcing local media groups to rethink the way they distribute news to kids.

With most nine-year-olds in Norway owning a smart phone, Norwegian public broadcaster NRK decided to launch Snapchat and Instagram channels in a bid to better reach their young audience.

“It is a competition to try and catch their attention in the jungle of news,” Norwegian journalist Kristin Granbo, a news producer with the children’s channel Supernytt, told SBS.

NRK started its own children’s channel in 2009 with news bulletins tailored specifically for young viewers. The public broadcaster now also has a strong social media presence with more than 100,000 Instagram and Snapchat followers.

“Children’s news can no longer be defined as just a 15-minute bulletin aired on TV at 5pm,” said Ms Granbo.

“Why? Because our audience is busy at that time of the day. In fact, they are busy at all times, all day: sending 'snaps' to each other, liking pictures on Instagram, sharing links on Facebook and watching hilarious YouTube videos.”

As a result, news providers are taking to these platforms, with around half of the 11 programmes specialising in children’s news in Europe now making content on platforms such as Instagram and Snapchat.

“It is a competition to try and catch their attention in the jungle of news.”

In Australia, no news provider has yet launched a child-friendly Snapchat or Instagram news product.

The ABC’s Behind the News, which soon turns 50, and the newcomer Crinkling News are the two main news sources dedicated to children.

Worldwide, many news sites and newspapers cater for younger readers. The UK’s First News, France’s Le Petit Quotidien, The Learning Network of The New York Times and Newsround by the BBC are well established, some have been producing news for children for several decades.

India, where print still holds sway, has Balaknama, launched two years ago. The eight-page monthly tabloid is produced by an NGO and draws its stories from street children.

But presenting news to kids can be full of challenges. Children can no longer be shielded from the live coverage of tragic events such as the November 2015 terror attacks in Paris.

Ms Granbo was shocked to see most news channels across Europe switch to live coverage of an attack on a kosher supermarket in Paris at the start of 2015, and the ensuing hostage situation which ended with the military closing in.

“It became almost impossible to hold back on running a news story for children who would have seen the graphic coverage already.”

Supernytt approaches these stories in a different way, choosing not to show graphic images or give specific numbers of causalities.

“We very often choose an angle of, say, compassion afterwards. People showing support to the victim’s families. We start our story with that and then we tell the news.” A boy reads a newspaper during the Hay Festival on May 31, 2014 in Hay-on-Wye, Wales.
Getty

Le Petit Quotiden editor Francois Dufour, in an interview with The New York Times, said his coverage of the Paris attacks had been driven by questions children had posed to him: Why do they attack us? Will it happen again? Why do they kill themselves? Why do they hate rock 'n' roll so much as to kill because of it?

These questions needed to be answered, Dufour added, because children "don't live on Planet Mars".

Le Petit Quotiden’s coverage of the Paris attacks was the impetus for the launch of Australia’s Crinkling News, a print newspaper with an online presence.

“I realised that for these kids, newspapers have a very vital role to play in making sense of what is sometimes a very scary world,” said Crinkling editor Saffron Howden.

“It became almost impossible to hold back on running a news story for children who would have seen the graphic coverage already.”

Similarly, Crinkling aims to unpack the issues of the day. Freelance contributor Dhana Quinn reported recently on the widely-debated topic of same sex marriage by interviewing two children, James, 9, and Electra, 5, who live with their two mums.

“If you want to get married you should be able to,” James is quoted as saying. “What’s wrong with being gay and wanting to get married?”

Launched early last year, Crinkling has 3,500 subscribers with more than 20,000 readers, some of whom are based overseas. It has reported on a wide range of issues including terrorism, bullying, mental health, refugees and gay marriage.

Child psychologist Margot O’Brien is involved with Crinkling's more sensitive stories. She advises on presentation and adds information on how children can manage any anxiety they may feel after reading a story.

“Finally, I always like to tap into kids’ desire to help others and add a line or two on how they might get involved and help those impacted,” she said.

But editing for kids is no different in terms of fairness, accuracy and balance, according to Judy Prisk, a Crinkling sub-editor.

“The only real difference is using simpler words – ‘make’, rather than ‘manufacture’, for example.”

Simplifying the words, explaining why a topic is controversial and presenting the facts to children without leading them one way or the other is the key to dealing with sensitive topics at Crinkling, said Ms Howden. 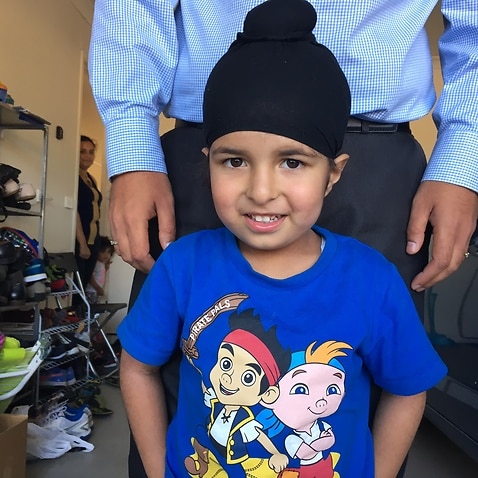 But it is hard to be 'right' all the time, Ms Granbo said. Supernytt’s coverage of the US election failed their young readers, according to some parents, in delivering a balanced and objective coverage of the two competing candidates.

“Because everyone was against Trump and our coverage was coloured because of the bias of the coverage of grown-ups’ media,” she said.

“Kids are so easily misled... Their impression of news is coloured by what we make of it. We are responsible, so it is very important that what we deliver is objective and correct. And [that we] stand by it.”

Although NRK’s children’s news bulletin is not a part of the schools curriculum in Norway, it is broadcast during lunch hour in most schools and helps to kick-start discussions with teachers who, Ms Granbo said, are grateful it can help explain issues to their class.

After decades of a dry period, Australia is slowly catching up with the growing trend of engaging children through news. Recently, Herald Sun launched Kids News, an online venture that is being trialled to partner with Victorian schools as a reading tool.

“There is absolutely nothing for kids in Australia. There is Behind the News from the ABC and us. That’s it in terms of national news production,” she said.

While Australia still lags behind its international cousins, new publications Crinkling and Kids News could signal a shift towards children being taken seriously as media consumers in Australia.