The Country Fire Service has urged Kangaroo Island residents to seek refuge in Kingscote or Peneshaw as a bushfire continues to burn across the island.

Residents and tourists on South Australia's Kangaroo Island have been urged to head for Kingscote or Penneshaw to seek refuge from a bushfire burning out of control.

The two towns were considered places of safety, although a Country Fire Service warning message instructed people to stay alert in the area as conditions were changing continually. 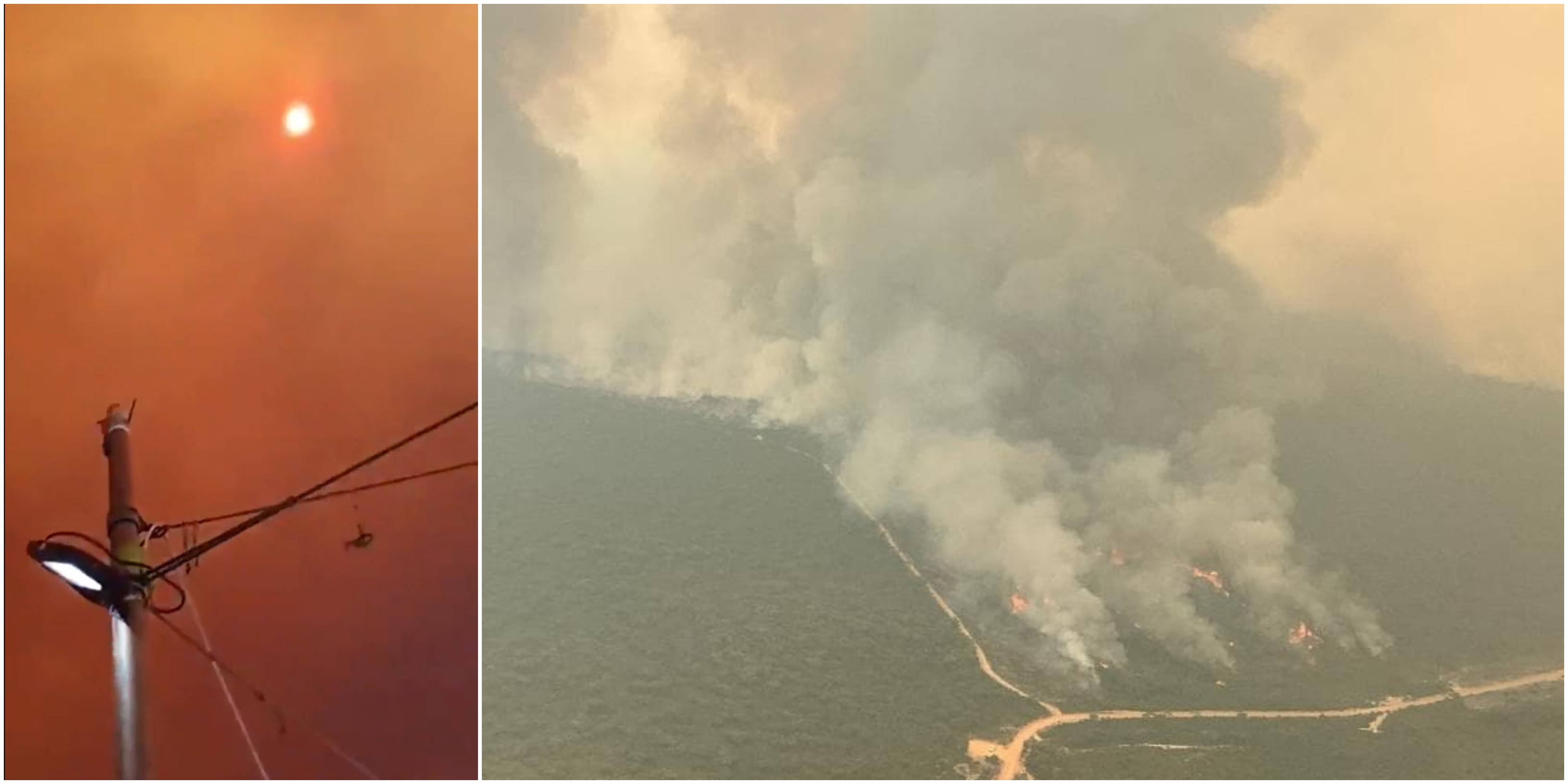 Almost the entire island was subject to either an emergency warning or watch and act advice by early Saturday morning.

There are two warnings for the #Kangaroo_Island fire. A Watch and Act (yellow) for the western end and an Advice (blue) for the eastern end of the island. Kingscote and Penneshaw have identified Bushfire Safer Places, and it is safe to stay within these locations. pic.twitter.com/p3rTyGOLvM

Homes and other property are feared lost but no confirmation is expected until the immediate threat reduces.

A third of Kangaroo Island is covered by nature reserves, habitat for over 60,000 kangaroos, 50,000 koalas, & endangered species like the glossy black cockatoo.

It's a safe haven for Australian wildlife. This could be an ecological disaster.#AustraliaBushfires #AustraliaFires pic.twitter.com/yyHziDpX4t

The blaze has been burning for several days but broke containment lines on Friday amid very hot and windy conditions.

Fishing trawler off the coast of #kangarooisland captures the apocalyptic vision of smoke clouds from the island #AustraliaOnFire #OSINT https://t.co/ZE8DaIL82o pic.twitter.com/go9h5uL76E

It had already destroyed more than 14,000 hectares of scrub in and around the Flinders Chase National Park before a wind shift pushed it towards Vivonne Bay, on the island's south coast.

This is likely to be the end for the Endangered Kangaroo Island subspecies of the Glossy #BlackCockatoos. These cockies are dependent on Kangaroo Island's Drooping Sheoak trees for food. There are only ~300 birds left with nowhere to go. Wildlife can't evacuate. #AustraliaBurning https://t.co/sJATx9dwAQ

The watch and act warning also covered the central town of Parndana, home to about 150 people.

Residents and emergency services are doing outstanding work around the clock.

A watch and act warning was also in place on Friday night for a fire burning near Kersbrook in the Adelaide Hills. 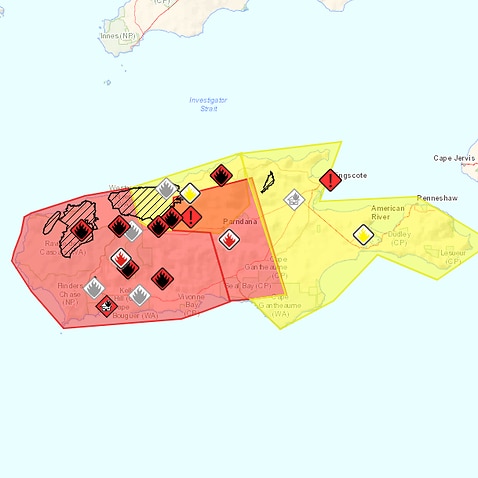 The fire was near, but not within, the perimeter of another fire which burnt through 25,000 hectares in the Hills two weeks ago.