He knows the truth, says Virginia Giuffre, the woman at the centre of the sex scandal embroiling Prince Andrew, in an interview with BBC program Panorama.

An American woman who says she was forced to have underage sex with Prince Andrew has appealed to Britons to take her side, saying that only she was telling the truth.

Virginia Giuffre says she was trafficked by disgraced US financier Jeffrey Epstein and forced to have sex with his friends, including the British royal when she was 17 years old. Andrew categorically denies the allegations.

In an interview to be broadcast on BBC TV later on Monday, Ms Giuffre dismissed his denials and gave details of a trip to London in 2001 when she said she was taken by Mr Epstein to meet the prince.

"He knows what happened. I know what happened, and there's only one of us telling the truth, and I know that's me," Ms Giuffre told BBC Panorama in clips released by the broadcaster. 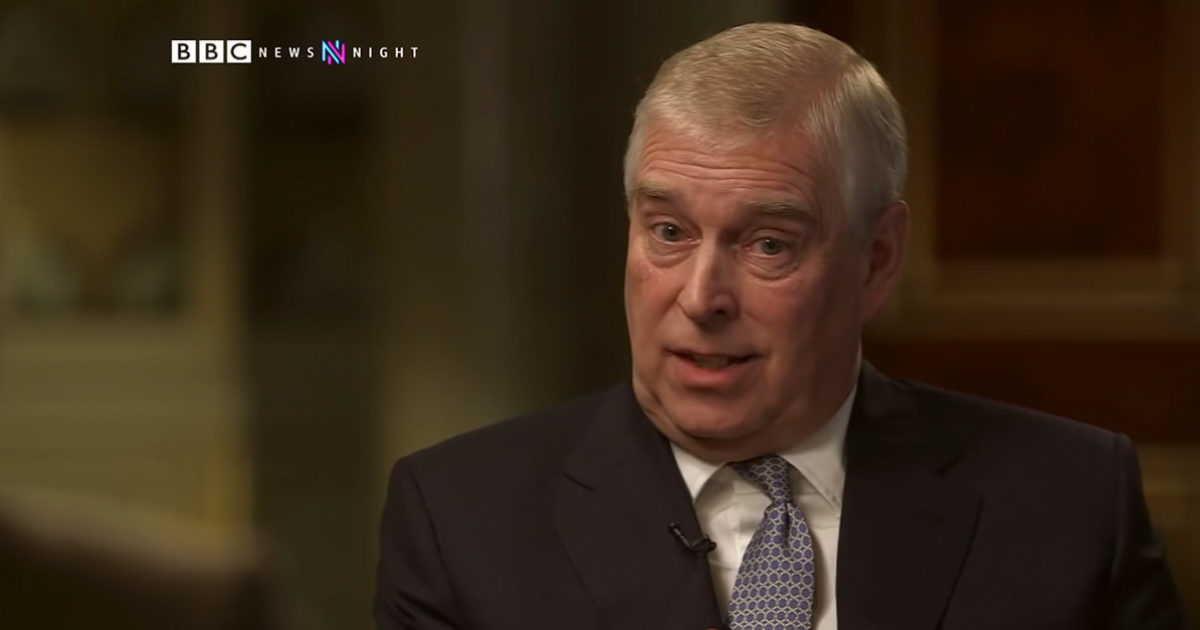 Andrew, 59, Queen Elizabeth's second son, denies the accusations or having any relationship with Ms Giuffre, who was previously named Virginia Roberts.

In response to the excerpts of Ms Giuffre's interview, a Buckingham Palace spokeswoman said: "It is emphatically denied that the Duke of York had any form of sexual contact or relationship with Virginia Roberts. Any claim to the contrary is false and without foundation." Last month, the prince gave an interview himself to the BBC which he hoped would draw a line under the scandal.

However, the interview was widely regarded as a disaster for the prince, provoking days of negative headlines and culminating in the prince stepping down from royal duties as charities and other organisations distanced themselves from him.

In her interview, which was recorded before the prince spoke to the BBC, Ms Giuffre said she was taken to the Tramp nightclub in London by Mr Epstein and his former associate Ghislaine Maxwell. Andrew asked her to dance, she said.

"I mean it was horrible and this guy was sweating all over me, like his sweat was, like it was raining basically everywhere...," she said. Andrew, the eighth in line to the throne, said he could not have had sex with Ms Giuffre on the night she alleges because he had been to a pizza restaurant in the commuter town of Woking for a children's party.

He said he suffered from a medical condition that stopped him perspiring and cast doubt on the authenticity of a picture from 2001 which showed him with his arm around Ms Giuffre's waist.

Andrew also said he had stayed at Mr Epstein's home in New York after the financier had been convicted of Florida state prostitution charges because he was "too honourable" and wanted to break off the friendship in person.

Those explanations provoked derision and ridicule in newspapers and social media, while the prince was also criticised for failing to show sympathy for the victims of Mr Epstein, who killed himself in a US prison in August while awaiting trial on sex trafficking charges.

"The people on the inside are going to keep coming up with these ridiculous excuses. Like his arm was elongated or the photo was doctored, or he came to New York to break up with Jeffrey Epstein. I mean come on I'm calling BS on this, because that's what it is," Ms Giuffre said.