A push from Labor frontbencher Joel Fitzgibbon for his party to drop its carbon emissions target to match the Coalition has re-ignited climate change policy divides. 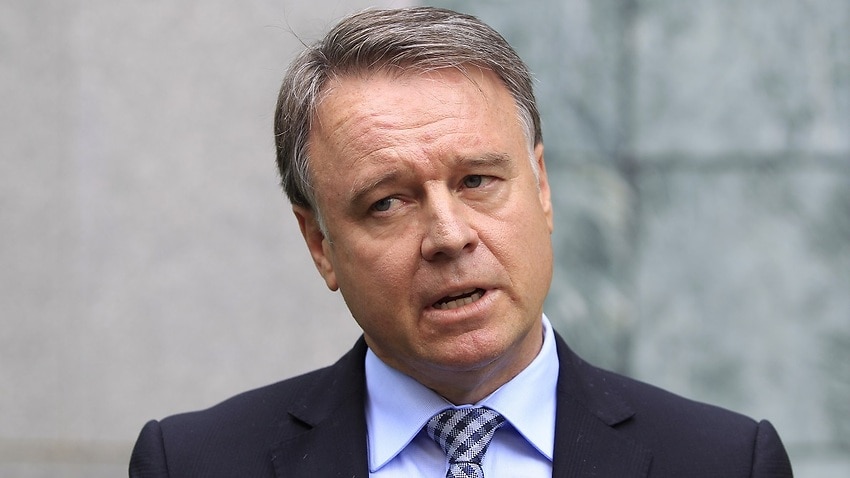 Opposition resources spokesman Joel Fitzgibbon is urging Labor to lockstep its position on climate change to a "sensible settlement" with the Morrison government.

But the Labor frontbencher's push has unsurprisingly divided political opinion between supporters of the gradual approach to curbing emissions and backers of stronger action on climate change.

Mr Fitzgibbon is advocating for his party to wind back its 45 per cent carbon emissions reduction target to match the Coalition's policy for a 26 per cent to 28 per cent fall by 2030.

He made the call in an address to the Sydney Institute on Wednesday evening, examining how Labor should move forward following its surprise election loss in May.

“Labor needs to reach a sensible settlement on climate change. How many times are we going to let it kill us? Indeed, how many leaders do we want to lose to it?” he said.

Labor went to the federal election this year with the 45 per cent emissions reduction target, while the Liberals held the less ambitious 26-28 per cent goal.

The Morrison government has long defended its approach, saying it is on track to meet greenhouse emission targets under the Kyoto and Paris agreements.

This is despite Australia's carbon emissions rising year on year since a carbon pricing scheme was abolished five years ago.

'Labor got it wrong'

Liberal MP and Minister for Energy Angus Taylor has welcomed the push towards a policy consensus saying Labor 'got it wrong' at the last election.

"Labor seem to be seeing the error of their ways, it's time for them to accept that the Australian people want a strong economy balanced with sensible emissions reductions, which are achievable," he told reporters on Wednesday.

"What we will never do is accept Labor's policies which are all about slashing jobs, incomes and the economy."

Mr Fitzgibbon believes reaching a 'sensible settlement' on curbing emissions would pressure the Morrison government to be held to account to their targets.

"The Prime Minister has largely avoided scrutiny and accountability on this subject because all the focus has been on Labor's more ambitious targets," he said.

Australia is responsible for around 1.3 per cent of global carbon emissions.

'Genuine action on the climate crisis'

"The Australian public will never forgive the Labor Party if it abandons any commitment to taking genuine action on the climate crisis," he said.

"It's time for the Labor party to take a stand; no more sitting on the fence or saying one thing in Queensland and another in Victoria."

In his push for Labor to change its position, Mr Fitzgibbon flagged the party could reassess implementing a 'more ambitious' 2050 target, after achieving the consensus 2030 goal.

“A political settlement would also restore investment confidence," he said.

“And for the first time in six years, we could have some downward pressure on energy prices.”

International Monetary Fund chief Kristalina Georgieva has called for nations to change their tax systems through a significant increase in levies on carbon emissions.

The policy approach has been avoided by Australia's major political parties since being scrapped in 2014.

"Limiting global warming to a safe level requires a significantly higher carbon price," Ms Georgieva said in a speech ahead of a meeting between the IMF and World Bank next week.

"It is a crisis where no one is immune and everyone has a responsibility to act."

Joel Fitzgibbon will deliver his speech at this Sydney Institute on Wednesday evening. Source: AAP

Mr Fitzgibbon represents the coal electorate of Hunter, where Labor suffered a 14 per cent primary swing against his party in the last election.

He blames electoral backlash against his party on Labor's ‘busy and confusing’ messaging becoming a target for their opponents.

"Scott Morrison's main cut-through message throughout the election campaign, and since, has been a promise to keep things just as they are," he said.

Read More
Climate change is accelerating, according to a new UN report

“The 'no change' message worked so well on May 18 because so many Australians saw a threat in Labor’s suite of policies."

Mr Fitzgibbon said Labor’s "path to success" at the next federal election in 2022 would be through moving back to the ‘sensible centre.’