The $456,000 artwork will need to remain in Australia against its new owner's wishes after a decision by Attorney-General George Brandis was upheld by an appeal tribunal.

A 1944 Australian artwork purchased by a London-based collector has been barred from leaving the country on the grounds it depicts a critical stage of Australia’s multicultural history.

It was sold for $456,000 at an auction in May last year, but was refused a permit to leave the country in July after then arts minister George Brandis intervened upon advice from the National Cultural Heritage Committee.

A piece of art deemed significant cultural material falls under the 1986 Protection of Movable Cultural Heritage Act, which requires the owner to obtain a permit to leave Australian shores.

Dr Sarah Scott, an art history lecturer at the Australian National University, told SBS that "while the artistic work doesn't have exceptional value, it does have some historical documentary interest."

"It shows how people from different walks of life in Sydney – including men and women -  were brought together in the same social space during wartime including the African-American member of the defence force.

"At a time when some Australian Indigenous people were segregated on special reserves outside towns or in remote areas, it is significant to see the depiction of a ‘black’ man with a ‘white’ woman as part of everyday life." 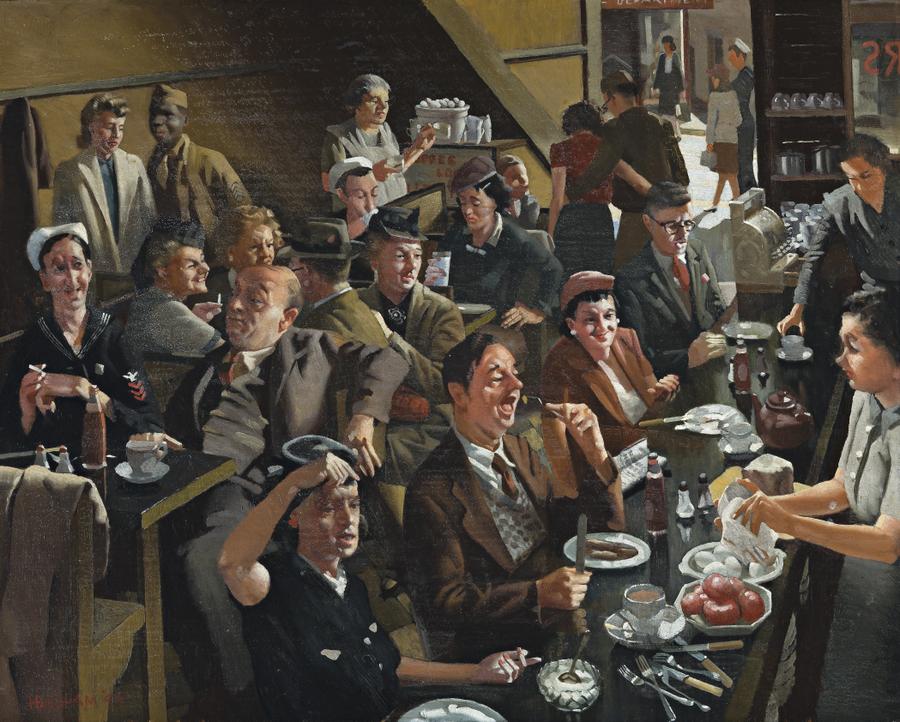 An appeal tribunal which ruled on the export last month, agreed that the interaction between a black soldier and white woman in the back left hand corner of the piece was significant to the history of multicultural Australia.

“The subject matter, which graphically records the interaction of different races, associating in con-genial circumstances at a time of great danger for Australia, is deeply impressive,” tribunal members Dennis Cowdroy QC and Jill Toohey, said as quoted by The Australian.

Dr Scott added that, "approximately 100,000 African-Americans were stationed in Australia during the Second World War.

"Despite the discrimination African-Americans suffered in the US, Indigenous Australians who were often excluded from the Australian forces, saw in the presence of African-American defence personnel the possibility of greater political and economic opportunities for themselves."

Despite this, Dr Scott told SBS she did not believe that the artwork was "so significant that it has to remain in Australia".