Health experts encourage people to consider visiting their local pharmacy for a flu vaccination this year after a spike in the number of diagnoses.

This year all pharmacies across Australia will be able to administer a flu shot.

The vaccinations are more accessible than ever – last year only some pharmacies were able to administer a flu shot.

Health experts are asking people to consider using their local pharmacy as an alternative to general practitioners.

“If you find that you are time poor, and you can’t go to your doctor’s surgery to get your flu shot, go to your local pharmacy and get your flu shot as soon as possible before the winter season,” said Rich Samimi, the NSW Branch President of the Pharmacy Guild of Australia.

The vaccination process takes about 15 minutes.

Patients receive an information sheet and a card with the batch number of their vaccine in case they suffer an adverse reaction.

Influenza is responsible for 3,000 Australian deaths annually. The majority of cases are not lethal, but missing a shot can still be serious.

After putting it off for a few days, Mr Jans eventually visited his GP.

“She diagnosed me with a 40-plus temperature and immediately suggested I go to hospital,” he said.

“My temperature was high. I obviously was very congested. I had no energy. I was very lethargic.”

The flu costs the health system $85 million dollars every year and leads to an estimated 1.5 million lost days of work.

Some 62 per cent of Australian have had a flu vaccination at some point in their life, but only 41 per cent were vaccinated last year.

Due to yearly changes in the circulating strains of influenza, annual vaccinations are recommended. 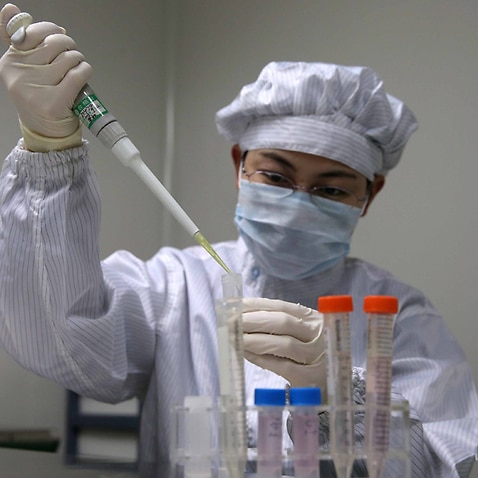 How would Australians cope with an influenza pandemic? Comment: How we help prepare Australia for an influenza pandemic