Tear gas and water cannon have been used to disperse protesters critical of a new security law, as residents consider moving to Australia.

Police fired tear gas and water cannon at thousands of Hong Kong pro-democracy protesters who gathered Sunday against a controversial security law proposed by China, in the most intense clashes in months.

As the demonstrators and police were facing off in the semi-autonomous financial hub, Chinese foreign minister Wang Yi insisted in Beijing that the proposed law must be imposed "without the slightest delay".

The planned legislation is expected to ban treason, subversion and sedition, and comes after Hong Kong was shaken last year by months of massive, often-violent protests, and repeated warnings from Beijing that it would not tolerate dissent. "People may be criminalised only for words they say or publish opposing the government," 25-year-old protester Vincent told AFP news agency.

"I think Hong Kongers are very frustrated because we didn't expect this to come so fast and so rough. But... we won't be as naive as to believe that Beijing will simply sit back and do nothing. Things will only get worse here."

At least 120 people were arrested, police said, as attempts to clear the roads in the area continued into the evening. 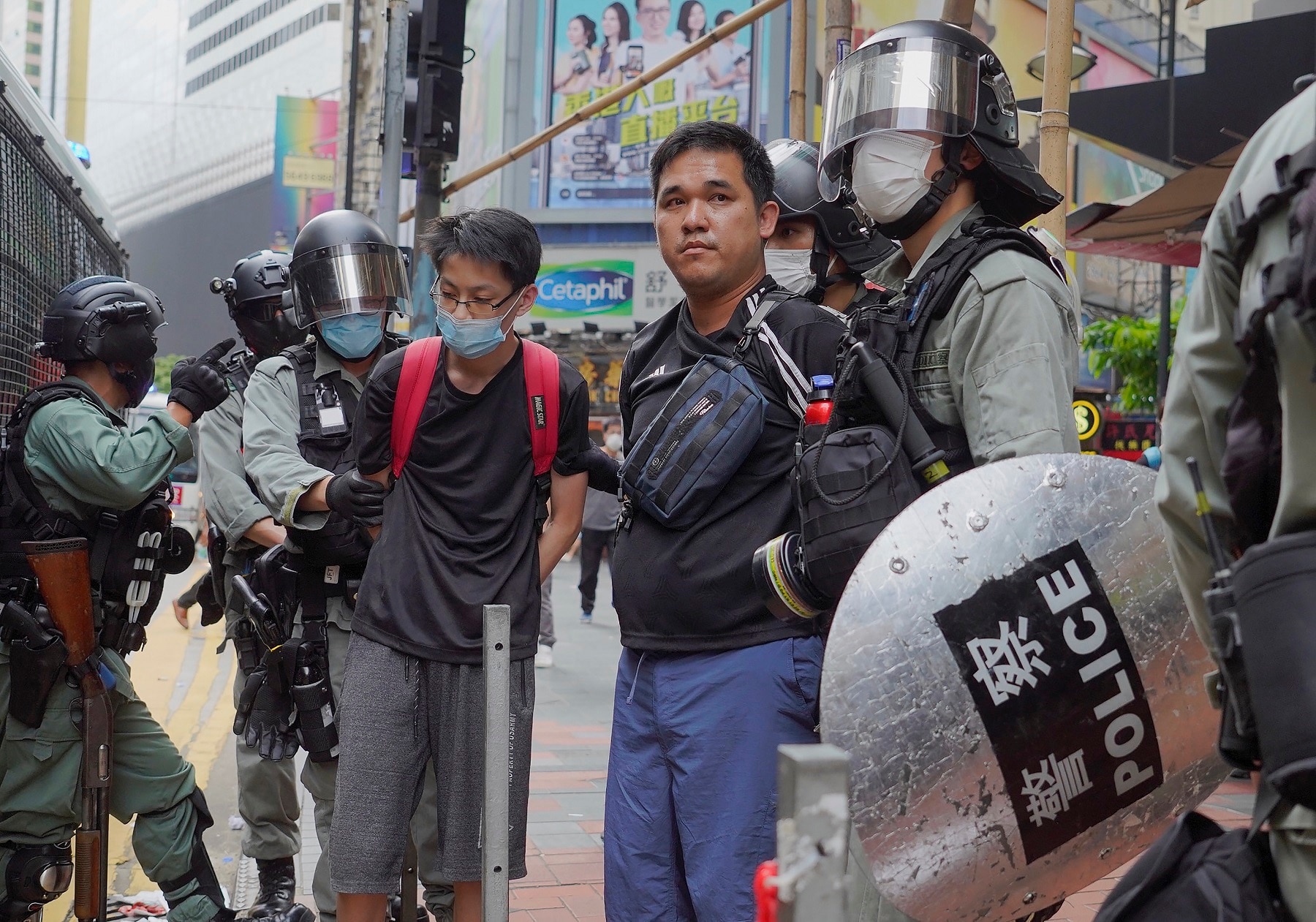 Riot police arrest protesters during a rally against a proposed security law.
AAP

Amid the heightened tensions, residents in Hong Kong said they are considering leaving the territory.

An Australian lawyer based in Hong Kong, Kevin Yam, says some of his friends are considering exiting the city now as China strengthens its grip on the territory with the new security law.

The proposal, which has been condemned by the United States and Hong Kong pro-democracy figures as an assault on the city's freedoms, was submitted for deliberation on Friday. Pro-democracy lawmakers have said the legislation marks the end of 'one country, two systems' - a reference to the handover agreement that has given Hong Kong a limited form of autonomy since returning from British to Chinese rule in 1997.

Even before the proposed security law, there were fears that China was steadily eroding those freedoms.

Mr Yam said many of his friends were considering migration to Australia.

"I've had a lot more friends asking me what they need to do if they want to migrate to Australia. For middle-class Hong Kongers, migration is something being more seriously thought about now," he told SBS News. He said for the some 100,000 Australians living in Hong Kong the situation was more difficult to predict.

"I think it's hard to say. If something like this happened six or nine months ago, I would be more unequivocal at saying there may be a mass migration. People have lives and jobs in Hong Kong, it’s not like they can uproot and come back right now,” he said. He said it will be interesting to see how well attended the protests are in the coming days, given the government has used the coronavirus social distancing measures as an excuse to ban various gatherings.

But for himself, he said despite the uncertainty he will be staying put.

"Like a lot of Hong Kongers we are worried about what is going to happen. But this city is home and we are just going to have to see what happens," Mr Yam said.

"We have seen how resilient and resourceful the people of Hong Kong are. It's been through a lot of bad times in its history, but it has always come through, so I wouldn't write Hong Kong off [just yet],” he added.