Thousands of people demonstrated Saturday in central Tel Aviv to protest against Israel's plan for the mass expulsion of Eritreans and Sudanese who entered the country illegally.

Israeli media said more than 20,000 people - migrants and Israelis - took part in the rally, with footage broadcast live on the Ynet news website showing them chanting: "we are all human beings".

"There is no difference between their blood and our blood," chanted the demonstrators.

Israel's supreme court earlier this month suspended the controversial government plan to deport thousands of Eritrean and Sudanese migrants in response to a challenge from those opposed to the move. 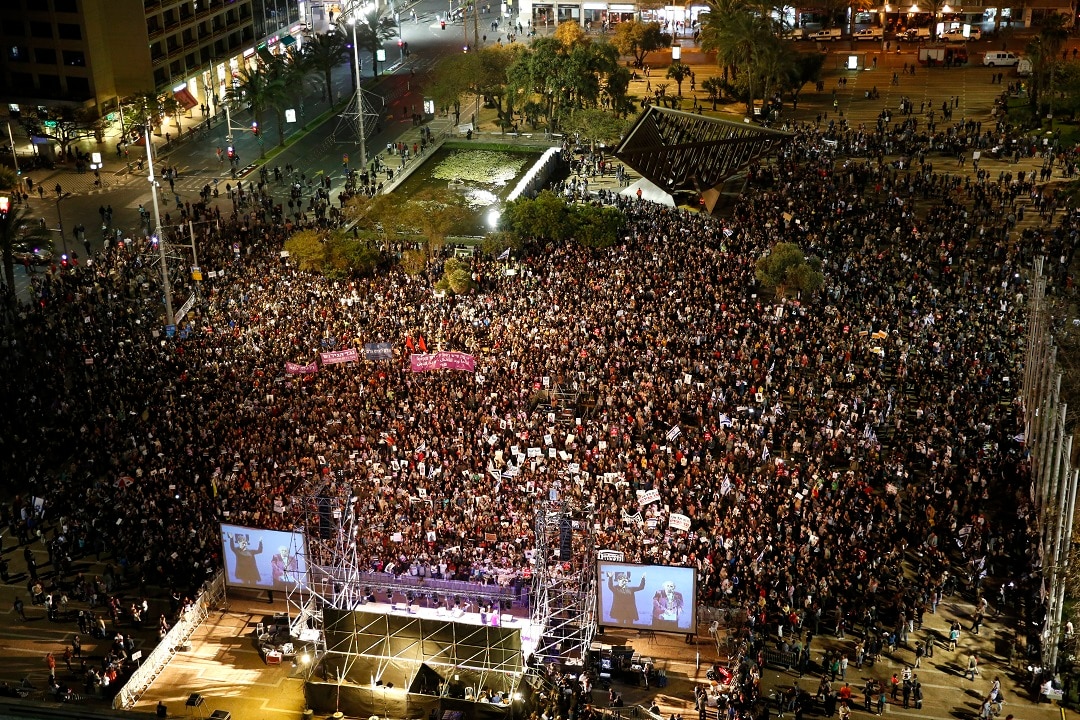 An aerial view of the demonstration in Tel Aviv.
AAP

The court said in its decision the state was given until March 26 to provide further information and the suspension on deporting them to a third country would remain in place until then.

On Tuesday, he said an electronic fence along the Israel-Egypt border has saved the Jewish state from "severe (jihadist) attacks... and something much worse, a flood of illegal migrants from Africa".

The interior ministry says there are some 42,000 African migrants in Israel, mainly from Sudan and Eritrea. 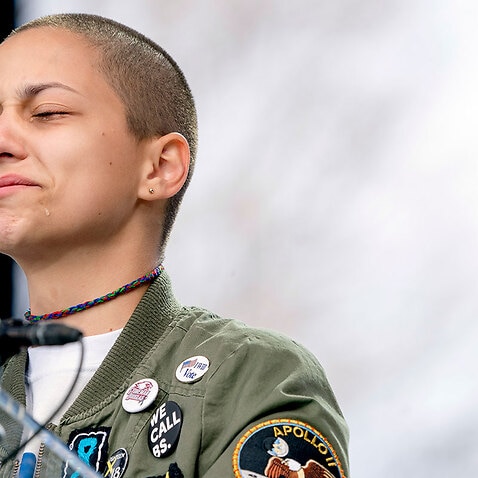 The most powerful moments of the March For Our Lives

Most of them began arriving in 2007, through the border with Egypt's Sinai Peninsula.

Netanyahu on Tuesday said a tide of non-Jewish immigration would threaten the very fabric of Israel.

During Saturday's protest, Education Minister Naftali Bennett, head of the far-right Jewish Home party, appealed to the government in a tweet not to give in to those opposed to the deportations.

Describing the migrants as "the illegal infiltrators" who enter Israel in search of work, he said allowing them to stay would turn the country into "an employment agency for the entire world".