Three children have been taken by ambulance from a Sydney hotel to Royal Prince Alfred Hospital "for COVID-19 treatment" as NSW records 48 new virus cases.

Three children were on Tuesday taken to hospital from a Sydney hotel where a number of people have been placed in quarantine after returning to Australia.

They were transferred by ambulance from the Hilton hotel in central Sydney at about 10pm on Tuesday to Royal Prince Alfred Hospital "for COVID-19 treatment", the ABC reported.

Videos shot outside the hotel show three children on stretchers wearing protective face masks being wheeled out of the hotel by paramedics. 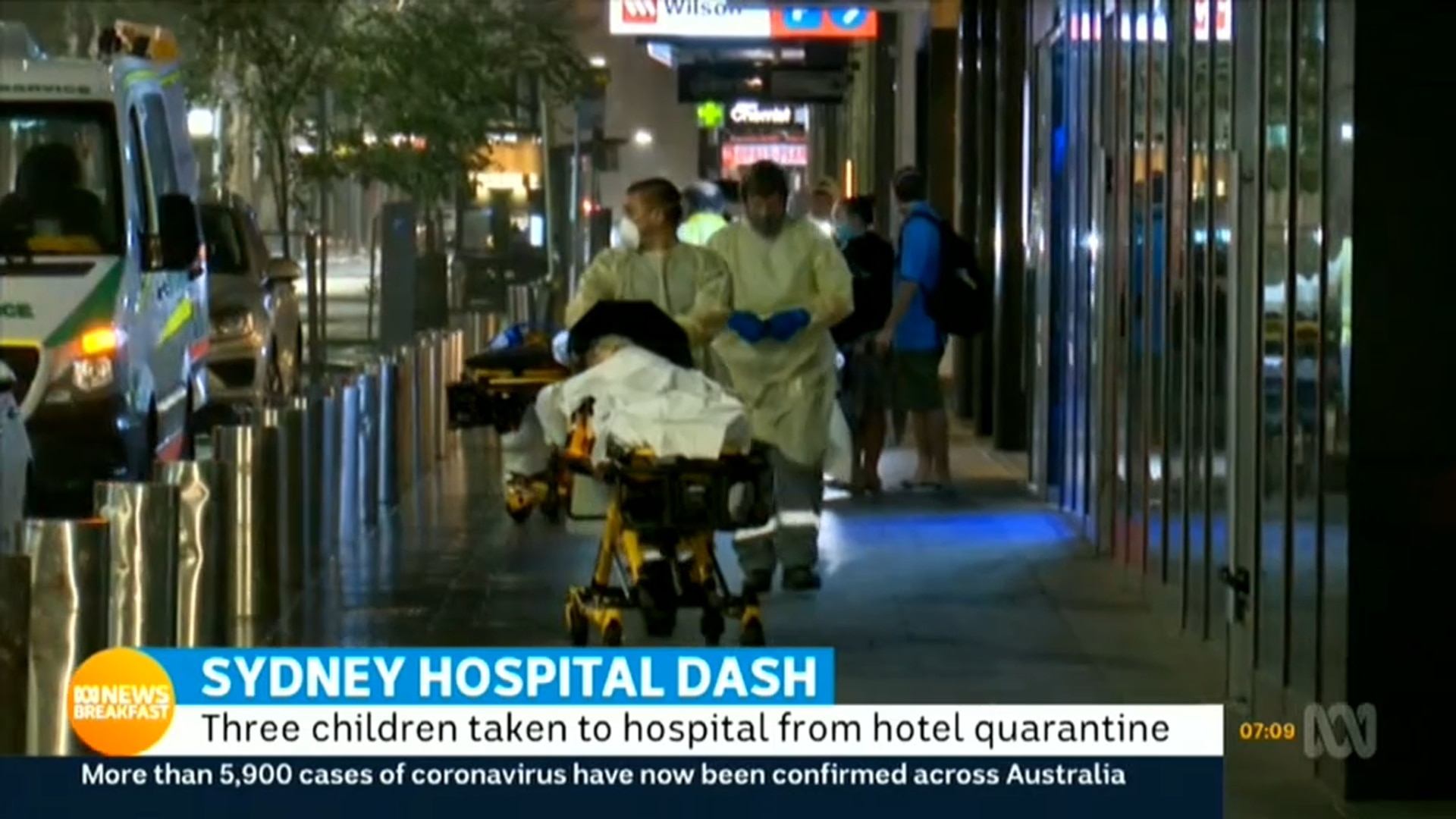 Deputy Chief Medical Officer Paul Kelly on Wednesday said he was aware of the children being taken to hospital but wouldn't comment further.

Professor Kelly told Nine's Today show that children could get affected by the virus and that's why they were taking social distancing rules so seriously. 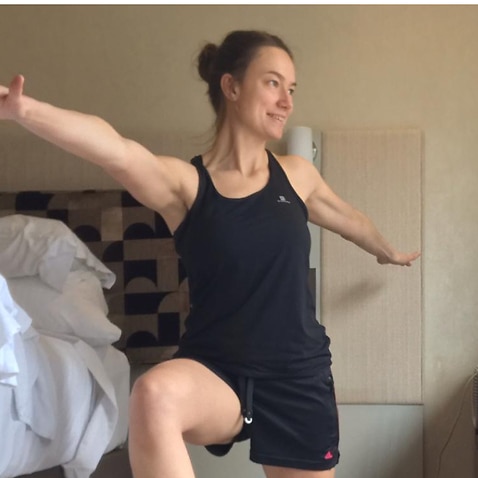 It comes ahead of the release of the first group of 288 Australians quarantined at the nearby Swisshotel on Wednesday morning, under a police operation to ensure their departure is quick and seamless.

This group arrived in Australia on March 26 and have undertaken a mandatory 14-day self-isolation, to protect the community from the coronavirus.

All will get a letter confirming their period of isolation and undergo a final health check.

After today's operation, police will plan for further hotel departures with some 3000 Australian residents expected to come out of hotel isolation over the next week. 'We'll be ok': Scott Morrison's message to children of Australia

NSW has recorded 48 new COVID-19 cases as new infections continue to stabilise and the premier flags a potential relaxation of social distancing restrictions down the track.

The state has now confirmed 2734 cases, with 36 patients in intensive care and the death toll remaining at 21.

Premier Gladys Berejiklian says that while social distancing will be a part of people's lives until a coronavirus vaccine or cure is found, restrictions were being reviewed every month.

"Every month our health experts will give us advice as to whether there is an opportunity for us to relax any of the restrictions," Ms Berejiklian told reporters in Sydney.

"I want to assure the community that if we did go down that path it would be based on health advice and we are going to assess that on a month-by-month basis."

The latest deaths include a 90-year-old male resident of the Opal Care Bankstown aged care facility and an 87-year-old woman who was a passenger on the Ruby Princess cruise ship.

The Ruby Princess remains docked in Port Kembla, near Wollongong, where it's expected to remain for 10 days while 1040 crew members undergo medical assessments.

About 200 crew have symptoms of coronavirus. The vessel is linked to hundreds of COVID-19 cases and 14 deaths across Australia.

The NSW Police homicide squad is investigating why passengers were allowed to disembark from the ship in Sydney on March 19 despite concerns some might have contracted the illness.