Three people who were meant to be in lockdown in Melbourne have been caught entering New Zealand after driving to Sydney then flying to Auckland.

Three people have been caught entering New Zealand after they travelled from Melbourne to Sydney while Victoria was in lockdown.

New Zealand Prime Minister Jacinda Ardern said they were in a quarantine facility, where they would have to spend 14 days, but would not comment on whether they would be fined.

"Anyone considering breaching rules we have in place ... the family has been picked up and they've been put into a managed isolation facility," she told reporters on Wednesday.

"So there are consequences, but as for fines, those decisions sit elsewhere." Lockdown restrictions in Melbourne and regional Victoria will ease at 11.59pm tonight

It is understood the three travellers planned to attend a funeral, the NZ Herald reported.

Australia and New Zealand currently have a travel bubble arrangement, but travel from Victoria has been paused since the latest outbreak in the state.

New Zealand's Director-General of Health, Ashley Bloomfield, said border officials caught the trio last week as they arrived in Auckland on a flight from Sydney, adding that their actions were "disappointing".

They had all returned negative "day zero" tests in quarantine," he said.

Melbourne is currently under a two-week lockdown, with restrictions set to ease from midnight on Thursday after the state recorded one new case of community transmission from more than 28,000 tests on Wednesday. 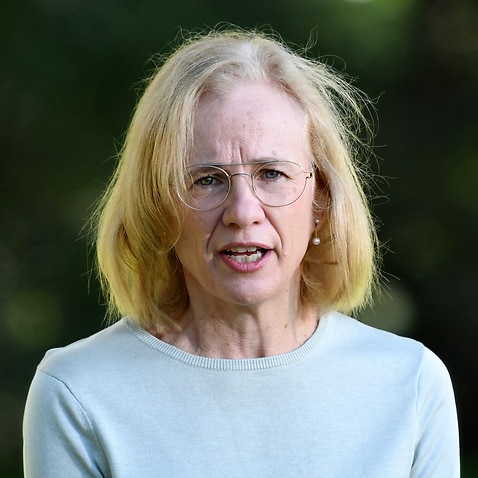 The New Zealand news comes as a woman who left Melbourne while it was in lockdown and went on a road trip through three states tested positive for the virus in Queensland.

Authorities in NSW have issued alerts for several regional centres after the couple stopped in Forbes, Dubbo, Moree and Gillenbah.

Queensland's list of exposure sites include a McDonald's restaurant in Goondiwindi, where they crossed the border from NSW, and sites on the Sunshine Coast, including at Moffat Beach, Kings Beach, Buddina, Baringa and Caloundra.

The couple also travelled through Toowoomba, west of Brisbane.

The New Zealand Herald also reported on Wednesday that a traveller who broke Trans-Tasman bubble rules by flying from Perth to Auckland in April had not been charged.