Time ran out Friday on a proposal for rare inter-Korean military talks, with the North refusing to respond to the South's offer to open dialogue to ease simmering tension.

Seoul had proposed to hold the rare talks this week at the border truce village of Panmunjom to ease hostilities after a series of missile tests this year.

But the North has remained silent so far, prompting the South's defence ministry to admit that it was "practically" impossible for the meeting to go ahead.

"It is an urgent task to reduce tension between two Koreas... to achieve peace and stability of the Korean peninsula," a ministry spokesman Moon Sang-Kyun said.

"We urge the North again to respond to our talks proposal," he said.

The military talks would mark the first official such talks since December 2015.

The North has also remained silent on an offer made by the South's Red Cross to meet on August 1 and discuss potential reunions for families separated by the 1950-53 Korean War.

Millions of families were separated by the conflict that sealed the division of the peninsula. Many died without getting a chance to see or hear from their relatives on the other side of the border, across which all civilian contacts are banned.

A senior North Korean official told AFP last month that Pyongyang would rule out any more family reunions unless Seoul returns a group of North Koreans who defected to the South last year. Monday's twin proposals are the first concrete steps towards rapprochement with the North since South Korea elected dovish President Moon Jae-In in May.

Moon has advocated dialogue with the nuclear-armed North to bring it to the negotiating table and vowed to play an active role in global efforts to tame the unpredictable regime.

His conservative predecessor Park Geun-Hye had refused to engage in substantive dialogue with Pyongyang unless it made a firm commitment to denuclearisation.

But Pyongyang has staged a series of missile launches in violation of UN resolutions in recent months -- including its first ICBM test on July 4 that triggered global alarm and a push by US President Donald Trump to impose harsher UN sanctions.

The US recently detected signs of potential preparations for another intercontinental ballistic missile test in the North, CNN reported on Thursday, citing US officials.

But Cho Han-Bum, analyst at the Korean Institute for National Unification, said there were still chances that Pyongyang may respond to the peace gesture.

"The North often takes a considerable amount of time before responding to Seoul's dialogue offers, to offer their own counter-proposals," said Cho.

Pyongyang could demand that an upcoming US-S.Korea military exercise be suspended or that the level of talks be raised to a higher, ministerial level, he added. 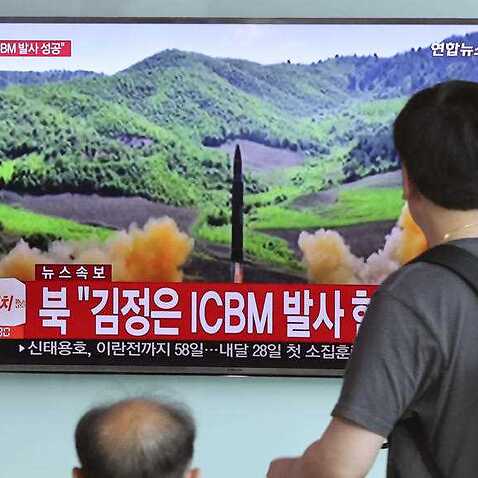