Australia and Timor-Leste have reached agreement over a maritime boundary dispute in the Timor Sea.

Australia has reached agreement with East Timor on a long-running dispute over oil and gas fields in the Timor Sea.

The Permanent Court of Arbitration has announced the parties reached an agreement on Wednesday following conciliation proceedings in Copenhagen but details will remain confidential until a number of remaining issues are resolved.

The agreement addressed the legal status of the Greater Sunrise gas field, the establishment of a Special Regime for Greater Sunrise and a pathway to developing the resource, as well as sharing the revenue, the court said on Saturday.

It comes after East Timor notified Australia in January it wished to tear up a 2006 treaty which split 50-50 future revenue of the Greater Sunrise oil and gas reserves in the Timor Sea. 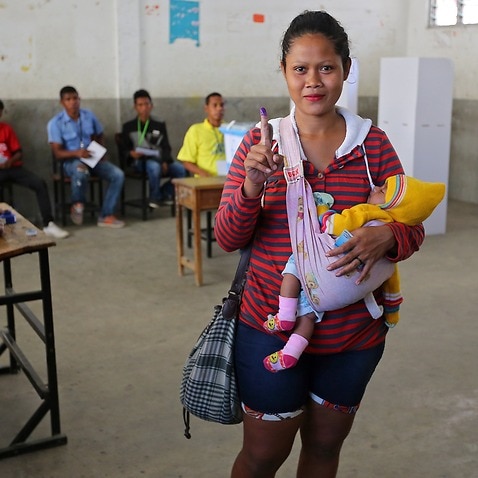 Record enrolments in Timor-Leste shifts focus to 'who will teach the teachers?'

The fields are estimated to hold nine trillion cubic feet of gas and 300 million barrels of condensate and liquefied petroleum gas worth about $53 billion - almost 30 times East Timor's annual GDP.

Foreign Minister Julie Bishop said it was a landmark moment for the relationship between the two countries.

"This agreement, which supports the national interest of both our nations, further strengthens the long-standing and deep ties between our governments and our people," she said.

"This is an historic agreement and marks the beginning of a new era in Timor-Leste's friendship with Australia," he said.

The opposition spokesperson for foreign affairs, Penny Wong, said it "brings to an end more than 40 years of uncertainty over this maritime border."

"The maritime boundary dispute with Timor-Leste has strained our bilateral relations and has gone on too long," Ms Wong said in a statement.

"In my visit to Timor-Leste earlier this year it was clear that the relationship would substantially benefit from its resolution."

The agreement will be finalised in October.

Joint statement on deal struck by Australia, Timor-Leste on maritime dispute by SBS_News on Scribd