This year's Queen's Birthday Honours List has been announced, with former prime minister Tony Abbott awarded the top honour of Companion of the Order of Australia. 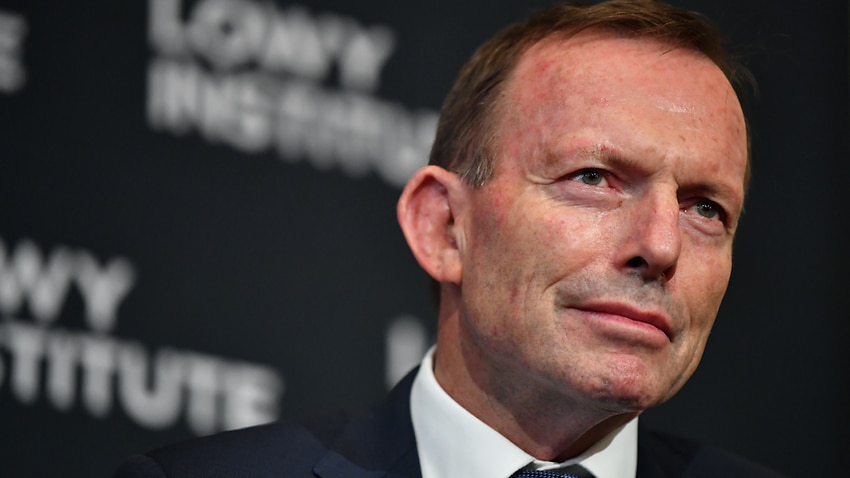 Tony Abbott says he is "only too keen to help" in his new role as the UK's trade adviser. Source: AAP

Former prime minister Tony Abbott has been awarded a Queen's Birthday honour for, among other things, his contributions to Australia's Indigenous community and border control efforts while he was in office.

who voted me in as PM and gave me the privilege of leading this great country. This award doesn’t mark the end of my public service, it’s just that it now takes a different form, and I wear a number of different uniforms to do it. (2/2)https://t.co/zT0LMbqz2l

"I’m very honoured to receive this award. I could not have done anything in life without the members and supporters of the Liberal Party and it’s them I want to recognise and thank today, and the broader Australian people who voted me in as PM and gave me the privilege of leading this great country," Mr Abbott tweeted on Monday morning.

"This award doesn’t mark the end of my public service, it’s just that it now takes a different form, and I wear a number of different uniforms to do it."

Mr Abbott was awarded the top honour of Companion of the Order of Australia for his "eminent service to the people and parliament of Australia, particularly as prime minister, and through significant contributions to trade, border control and to the Indigenous community".

But the award comes just days after Mr Abbott said people should not attend a Black Lives Matter rally in Sydney, held in solidarity with action in the United States and aiming to draw attention to the number of Indigenous people who have died in custody in Australia.

More than 20,000 people marched in Sydney on Saturday after the NSW Court of Appeal authorised the rally just minutes before it was due to start.

Mr Abbott was also honoured for his contribution to the country's border control.

During his time in office, he was responsible for Operation Sovereign Borders, a "zero tolerance" approach to borders which includes the use of boat turnbacks, offshore processing and detention, as well as a no boat arrival resettlement in Australia policy that was initially announced by the previous Labor government.

The measures resulted in a dramatic drop in boat arrivals to Australia but have been strongly criticised by local and international human rights bodies.

While prime minister, Mr Abbott brought back the titles of knights and dames into the honours system and controversially awarded a knighthood to the Queen's husband, Prince Philip. The titles were later scrapped by his successor Malcolm Turnbull.

The Companion of the Order of Australia was awarded to two other people this round, chancellor of the University of Sydney, Belinda Hutchinson, and businesswoman Naomi Milgrom, whose private company ARJ Group Holdings owns women's fashion brands Sportsgirl and Sussan.

Almost 40 per cent of awards were given for "outstanding service or achievement in the community".

"In this list we see all the positives that are in our community - we see the great ideas, we see the hard work, we see the love and compassion for fellow human beings - it's a microcosm of Australia," Governor-General Hurley said.

The Queen's Birthday honours are one of two annual honours lists, with the other on Australia Day.

This year, 41 per cent of recipients in the Queen's Birthday honours general division were women, once again prompting calls to achieve gender parity.

"We welcome the recent progress towards gender equality, but the results are not consistent nor sustained around Australia," director of the Workplace Gender Equality Agency Libby Lyons said ahead of the list being announced to the public.

Anthropologist and geographer Marcia Langton was among those honoured. Source: AAP

"If we're serious about improving gender equality, then it's necessary to set targets and measure and report on progress to achieve sustainable change," Ms Lyons said.

Anyone can nominate a member of the community for an award in the Order of Australia by filling out an online form and providing referees.

The nominations are then "assessed" by the Honours and Awards Secretariat before they are "considered" by the Council for the Order of Australia and then approved by the Governor-General.

There are several levels of the Order of Australia. Source: The Governor-General of the Commonwealth of Australia

The Workplace Gender Equality Agency and community movement Honour a Woman is pushing for all state and territory governments to develop and embed gender equality-focused nomination processes.

Victoria has such a system and as a result has increased the proportion of honours awarded to women from 35 per cent in the 2018 Australia Day Honours.

Governor-General Hurley said: "we are working hard to achieve parity between male and female nominations and to increase the diversity of nominations in other areas".

"There has been success recently, but that success has to be sustainable and that is one thing that I want to work on in my time."