Only 20 per cent of international visitors to Australia are experiencing Aboriginal culture. This month’s National Indigenous Art Fair, held ahead of NAIDOC Week, is hoping to change that.

Video above: Indigenous artists and designers show their work in Italy in April.

More than 3,000 kilometres north-east of Perth, Warmun Arts centre is bustling with artists, preparing to send their work across the country.

The centre’s studio manager Lindsay Malay and gallery assistant Marika Riley will travel from Warmun to Darwin then fly on to Sydney for the National Indigenous Art Fair later this month - a trek that will take them two days.

They will be representing their community - and are among artists from 30 of Australia’s most remote arts centres heading to the market to do so - ahead of NAIDOC Week, which celebrates the history, culture and achievements of Aboriginal and Torres Strait Islander peoples.

“We’ll be bringing art from our artists here at Warmun to show them off and sell them. We’re excited to show off some of our emerging artists as well.” 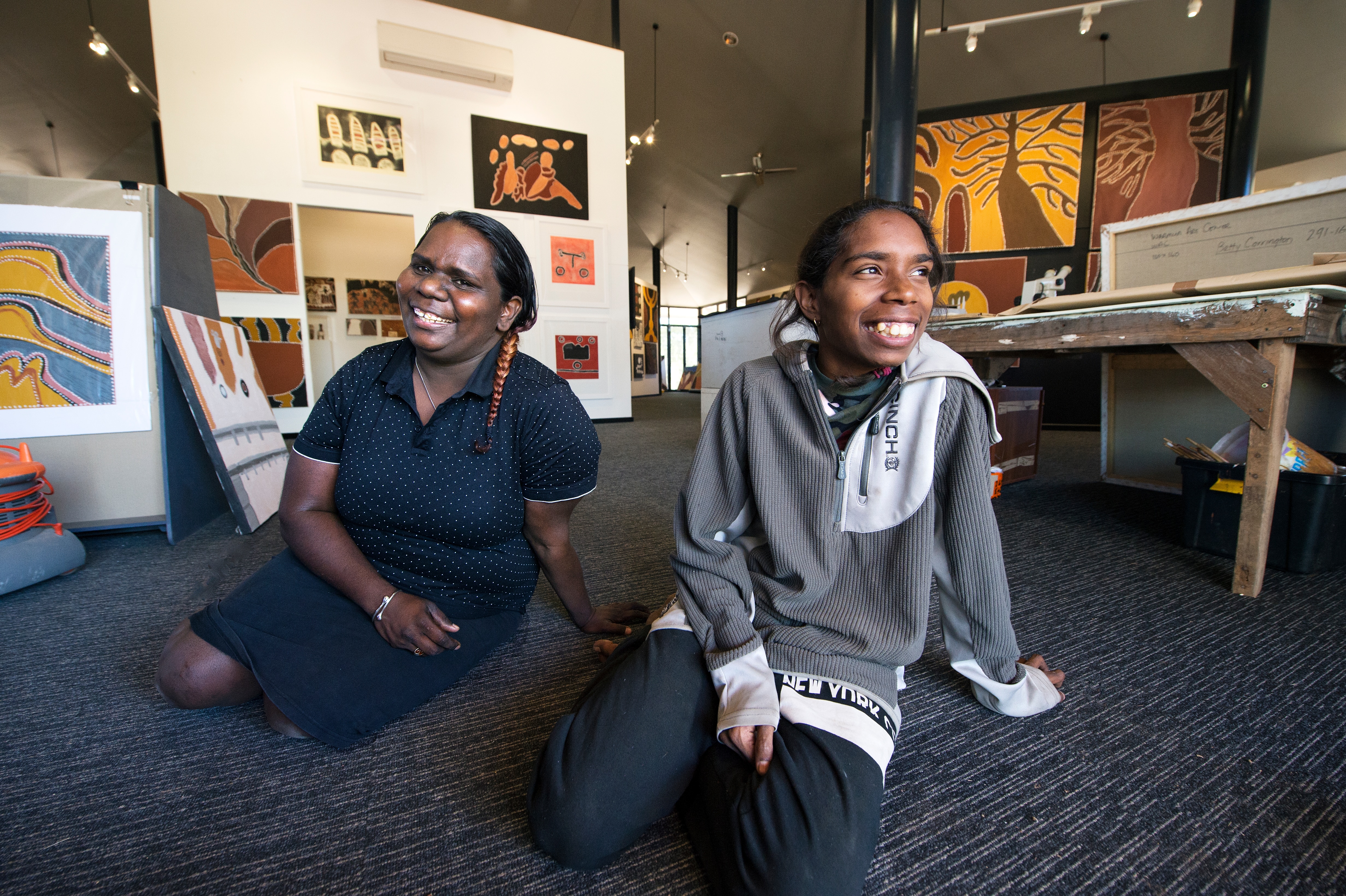 Cynthia Burke and Chriselda Farmer are from Warakurna, on the border between Western Australia and the Northern Territory. They will be representing the Tjanpi Desert Weavers at the art fair.

It is Farmer's first time in Sydney and as well as attending the art fair, she is excited to see some of her own work on display in the city.

"I’m nervous about going on the plane to Sydney," she said.

"I’ve never been on a jet before but I’m happy to go and be at the markets.

"We’re also going to go have a look at my sculptures which are on display in a hotel in Sydney." Tjanpi Desert Weavers manager Michelle Young said while Tjanpi has been running for 25 years and has a "huge profile", it can be difficult to get tourists to come to their remote art centre.

“Often we get people visiting our Tjanpi gallery in Alice Springs because they’ve heard about us before,” she said.

“That happens less so out on communities because you don’t get that regular visitation out there.

“We regularly travel with women to interstate events, particularly for exhibition openings and for professional development opportunities for women.” For emerging artists like Malay and Riley, it can be even tougher to get major interest in their work.

“We get a few tourists coming through but we’d hope to have more,” Malay said.

“It’s seasonal as well because not many people come through when it’s really hot.

“We haven’t really been out there as much as we’d like so the art fair being there it’s an opportunity to give us more ways to present ourselves and a chance to take our work to Sydney and show it off.”

'Too wet, too hot, too dangerous'

CEO of Western Australia’s Indigenous Tourism Operators Council (WAITOC) Robert Taylor said there has been a rise in the number of tourists having Indigenous tourism experiences, including visiting art centres, while in the country.

But he said there are still barriers for tourists wanting to access them, and one of those is remoteness.

“When you go in and out of the country you get a survey, and one of the questions is ‘would you like to do an Aboriginal experience’,” Mr Taylor said.

“What was found was that when international tourists come into Australia, 80 per cent of them want an Aboriginal experience, but only 20 per cent get one.

“What that means is there’s a high demand but a low amount of people able to obtain that experience. “One of the biggest challenges is the size of WA. When you look at the north, the seasonality is also a big barrier because of the wet season.

“In the Kimberley area you’re lucky to have six or seven months of business and then the rest of the year it’s too wet and too hot and too dangerous.” Mr Taylor said events like the National Indigenous Art Fair go some way to overcome these barriers, but organisers must commit to supporting artists to be able to attend.

“If there’s support to get there then it’s definitely worthwhile,” he said.

“Let’s say we took two people from an art centre in WA to Sydney, depending how long the fare is - it’s usually two or three days - with accommodation you’re looking at $5,000.

“Art centres don’t have that money. But if there’s support they can get their product in front of that audience.

“And then when they go back, of course, people know where they are and they can follow that up.”

'To Australia and the world'

Bidjigal man and market organiser Peter Cooley agreed, saying he is preparing everything to accommodate the artists, including sponsorship to get them to Sydney.

“It’s really important that we support these art centres in any way we can to get to the Sydney marketplace, so they have access to a wider marketplace but also so they can share culture and stories,” he said.

“This just means that artists can get their work out to the wider Australian public, and to the world really.” As well as the annual National Indigenous Art Fair, which Mr Cooley has run since 2017, his organisation First Hand Solutions also runs the Blak Markets, which are held four times a year on Bare Island, at La Perouse.

Mr Cooley said the idea for the National Indigenous Art Fair was sparked out of nostalgia and from similar arts markets in other states.

“I come from an Aboriginal community at La Perouse, and when I was a kid La Perouse was very strong in traditional arts and crafts, and families would take their art to what’s called ‘the loop’,” he said.

“We’d have many tourists come to visit that place. It was a place of pride where people were proud to be showing their culture off and selling to the tourists.

“We used to have some very skilled wood carvers in our community. The men would sit around with their bit of wood and their small axe and by the end of the day, they would have some beautiful shields and nulla-nullas [hunting sticks] and other artefacts that they made for selling at the loop. Australia's answer to 'Get Out': The Indigenous filmmakers creating 'black horror'

“As kids, we got to sit around and watch these men do this and that was fascinating to me.

“Back then the tourists would come to La Perouse for the Aboriginal experience and what our people were providing and that seemed to die off, which made me kind of sad because it was such a big part of the community.

“I wanted to do something about it and I wanted to bring some of that back.”

Mr Cooley said the art fair has grown immensely since it started and he’s expecting thousands of visitors this year.

NAIDOC Week will be marked 7-14 July.