Protesters of the Trans-Pacific Partnership trade deal say Thursday's signing of the document won't stop them from trying to stop it.

Protesters opposing the Trans-Pacific Partnership trade deal have vowed to keep fighting despite a crowd of thousands being unable to stop the signing of the controversial agreement.

Hundreds of protesters bearing flags set up camp outside the SkyCity Convention Centre in Auckland where trade ministers from 12 nations signed the deal late on Thursday morning.

As the boisterous crowds grew, they blocked access to nearby streets, hoping to shut the signing down, while a police line guarded the entrances. 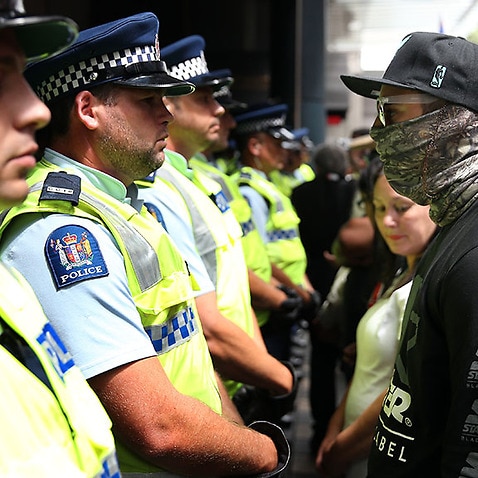 Hundreds were still occupying the area in the afternoon amid chants and booming music, despite pleas from organisers to leave.

Earlier, groups temporarily prevented cars from accessing several motorway on-ramps and off-ramps around central Auckland, causing traffic chaos in the city and leading to scuffles with police on an otherwise peaceful day.

Police said there had been no arrests, despite the force needed to move the demonstrators off the highway.

Detective Superintendent Richard Chambers says those at the off-ramps had been treated appropriately given the safety risks.

"There were attempts to run in front of vehicles," he said in reply to a photo of a woman having her hair pulled by police.

A larger protest march, several thousand strong, left Aotea Square at midday and walked down Queen Street - avoiding the convention centre but bringing traffic in the central city to a standstill.

Speaking to the marchers at Britomart, vocal TPP opponent and professor Jane Kelsey said the signing would not be the end of the fight.

"We need to make sure every step we are there having our voices heard," she said.

She called on opponents to voice their concerns to politicians to sway them from passing the laws required to ratify the deal.

Another of the marchers, former MP Hone Harawira, said there was no choice but to be keep battling to prevent the deal from being approved by parliament.

"We can't afford not to send a signal on this day, the day of the signing, and keep sending it day in and day out," he said.

Prime Minister John Key said he was unfazed by the demonstrations.

"In the end there's nothing we have seen today that would indicate we have any issues," he said.

He said the government would table the text of the TPP and the National Interest Analysis to parliament next week.

Much of the opposition to the major global trade deal has been centred around the investor-state dispute settlement mechanism, which allows companies to sue governments over laws that harm their investments.

There are also fears the deal could undermine rights under the Treaty of Waitangi.

But the Ministry of Foreign Affairs and Trade says the Treaty is exempt and the deal will not threaten New Zealand's sovereignty or ability to pass laws, especially in policy areas such as health, the environment and taxation. 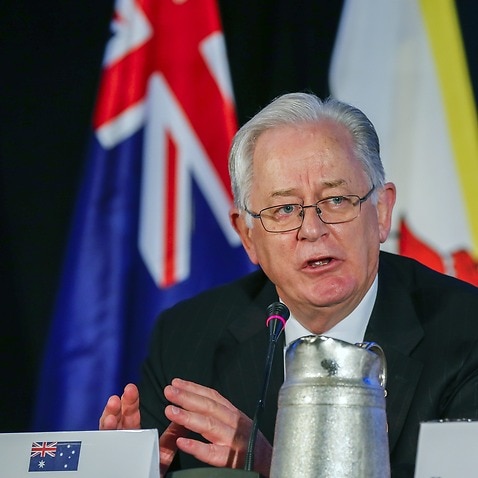