The Indonesian President is due to make his first official state visit to Australia next month with a focus on business relations and trade at the top of the agenda.

Joko Widodo and Prime Minister Malcolm Turnbull are set to finalise a free trade deal with hopes it could be put in place by the end of 2017.

Both sides are confident of turning over a new leaf in Australia-Indonesia relations, with the trip potentially marking a historic change in the sometimes turbulent relationship.

Former Indonesian trade minister and current chairman of the Indonesia Investment Coordinating Board, Thomas Trikasih Lembong, has told SBS the two leaders had excellent chemistry when they first met in Jakarta last year.

"It's no longer the time for fragile egos and thin skinned national pride. It's time to roll up our sleeves and see what we can do together,"said Mr Lembong. 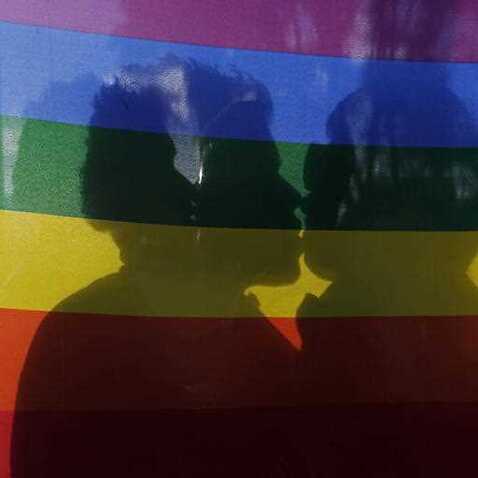 "Prime Minister Turnbull and President Jokowi both being former businessmen clicked immediately…if you check with your Australian negotiating team, they will report that the tone is like night and day compared with two to three years ago," he said.

A roundtable in Sydney today hosted by the Asia Society, Australia's leading national centre for engagement with Asia, featured a key speech by Mr Lembong which sought to show that Indonesia is open for business with Australia to be the key beneficiary.

"Under president Jokowi we have had a sharp turn toward international outreach and openness to the outside world."

Disappointing statistics on trade have helped fuel trade talks between Canberra and Jakarta with only 2.5% of Indonesia's exports coming to Australia, and similarly, only 3.4% of total imports to Indonesia coming from Australia.

Direct foreign investment figures are also worrying for both sides, with only $2 billion invested in Indonesia by Australian companies in the last five years.

"We're both roughly $1 trillion a year economies; to only have $2 billion invested over the last five years... we ought to be having a much larger investment flow in both directions," said Mr Lembong. The problems between Australia and Indonesia tend to come at a diplomatic level rather than a business one.

The controversial live cattle ban and the execution of two Australian members of the Bali nine drug smuggling ring have also caused tensions.

So too, is the turning back of asylum seeker boats in Indonesian waters. According to Hal Hill, Professor of Southeast Asian Economies at Australian National University, Australian businesses have been reluctant to invest because of unnecessary caution.

“There are going to be ups and downs in the relationship and they are inevitable. What’s important is to focus on the long term beyond the next headline and the long term is fantastic potential,” he says.

CEO of Asia Society of Australia, Philipp Ivanov says the willingness from both sides to move in a different direction is key to a change in business outlook.

"Some of the cultural, immigration, refugee issues they will not go away, but the sign of a mature relationship between two countries, same as with people, is to identify the negatives and the positives, and focus on the positives," he said.

"President Jokowi and PM Turnbull both come from that business background, they look at the relationship from very practical angles."

The chairman of the Asia Society and Partner in Charge of Asia and International Markets at KPMG Australia, Doug Ferguson, said there is a lot to be excited about as ties between the countries improve.

"We are in a competitive landscape on energy and natural resources, but the great opportunity for Australia is around services,” said Mr Ferguson, citing education and vocational training in particular.

He also said issues around corruption and lower safety standards are becoming less of a problem as Indonesia expands its economy.

“In terms of the ease of doing business and the global transparency index Indonesia is rising up through the ranks, but from a low base admittedly.”

President Widodo’s did visit Australiato ­attend the G20 summit in Brisbane in 2014, but that was not a ­formal state visit.