An Australian-first trial will test the therapeutic benefits of synthetic cannabis on children living with severe epilepsy. Made from a derivative of the marijuana plant, the trial will be part of a US-led study.

A Victorian boy, 13-year-old Nicholas Johnson, has become one of the first Australians to be involved in an international synthetic cannabis trial.

The trial, led by US pharmaceutical company, Insys Therapeutics Inc, would see whether synthetic cannabis could help severe epilepsy sufferers like Nicholas. "The plant has got many different cannabidiols and different compounds within it," she said.

"This will be very pure, we'll know what they'll get, and we'll know if it works. That's the answer we want - does this really help?"

The treatment is made by replicating the exact cannabidiol compound in the plant, isolated for its medical properties.

The synthetic component has no THC - the 'psycho-active' element of marijuana.

Nicholas was first diagnosed with epilepsy when he was three and for the past 10 years his condition has worsened.

His seizures occur daily and can last up to 30 minutes.

"More recently, that's becoming more frequent, so that'll be a couple of times a day, and into the night as well," his mother D'Lene Johnson said.

Mrs Johnson said the family plan and monitor Nicholas as much as possible, but couldn't control every aspect of his life.

As a result, Nicholas' school and social life have been impacted.

"Nicholas actually has had what we call 'drop seizures' at school, where he injures himself," said Mrs Johnson.

"What happens is, his body goes into spasm, and 'bang'. So it is quite dangerous."

Mrs Johnson said, so far, treatment had had little affect.

"We've covered the spectrum of the medications that are available for children with epilepsy," she said.

The Victorian Government is contributing $150,000 to the trial, and Premier Daniel Andrews said he hoped it would help families desperate for answers.

Separate to the trial, Mr Andrews said the Victorian parliament will next week debate the legal framework around the Medicinal Cannabis Bill, which is expected to be rolled out to patients by mid-2017. 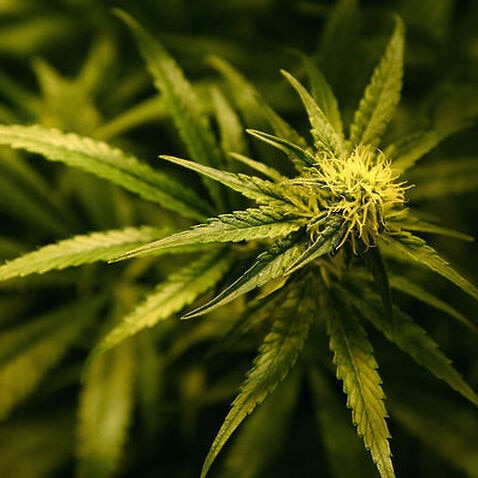