Donald Trump was a fierce critic of Arabs and Islam throughout the election campaign. So how is the news of his presidency going down with people in the Middle East?

Donald Trump spent much of the election campaign attacking Arabs, making disparaging remarks about women and, in the eyes of some, waging a policy and philosophical war on Islam.

So how do people in the Middle East, those at the centre of his comments, feel about the new leader of the free world?

At Arab Reporters for Investigative Journalism (ARIJ) in Jordan, journalists weigh-up the 45th President of the United States' credentials.

“At least Clinton [knew] how to work in foreign affairs, unlike Trump,” Soliman Nawar said.

“The situation will be more complicated for all of us.”

The Jordanian-based reporter pointed to similarities in the politics behind the Egyptian revolution, when the people opted for army commander Abdel Fattah el-Sisi to become president, but then tired of him quickly.

Soliman Nawar believes that although Trump voters are currently happy with their choice, they may not be in the near future.

“I think we are coming to a disaster in the Middle East, because the situation will change," he said. "It will be more complicated because Trump will not accept Muslims and not accept Arabs. So we are going to have a war soon…” Executive director of ARIJ, Rana Sabbagh, is concerned about the affect Trump’s leadership will have on the Middle East.

“We will go back to this dual world; Americans one side and the Russians on the other,” she said.

“I’m also worried that having the Americans withdraw from the region will mean that [the Syrian] war is going to continue, the Israeli situation will continue and settlements will continue, so it is bad for us.”

Despite the fact that Trump used racist rhetoric during the campaign and his candidacy was treated as a joke by many, he still managed to convince around 60 million Americans to vote for him.

Sabbagh explains that Trump’s win may be due to the widespread fear of immigration and the current tide of Islamophobia.

“There is a regression and everyone is going more to the right [of the political spectrum] because people are worried; immigration is a big worrying factor for Americans, as it is for Europeans," she said.

“Personally, I would have taken Clinton because I’m a person who is more on the side that doesn’t want big change: at least we know what devil she is.”

But journalist Abdulrahman Yahia says Arabs shouldn’t think the election result is about them. He says people voted for Trump and not for his foreign affairs agenda.

“They went and voted for Trump because they needed him to do something internally. It [was not about] the Middle East, not about Europe or Islam. They are voting, maybe, for a better life for them.”

Although Trump won the election, Clinton won the popular vote receiving more than 59.75 million votes compared to Trump with over 59.5 million, with 92 per cent of the vote counted.

According to online editor Hamoud Almahmoud, Trump’s victory shows the importance of democracy.

“A few ballots and a few votes kept America holding its breath for maybe half a day,” Almahmoud told SBS. “In my opinion, that it is a victory for democracy: not just American democracy but democracy in general.”

Almahmoud, a Jordanian-based Syrian reporter, adds that although most Arabs don’t adore Trump, they still prefer him over his competitor, Hillary Clinton.

“I believe there’s a swamp now and the world is now drowning in this swamp…we will stay living in this swamp if Clinton won this competition because literally Clinton is on the path of Obama. Obama had no action politics for the last four years.”

The authors travelled to Jordan as part of The Foreign Correspondent Study Tour. US protests continue over Trump win 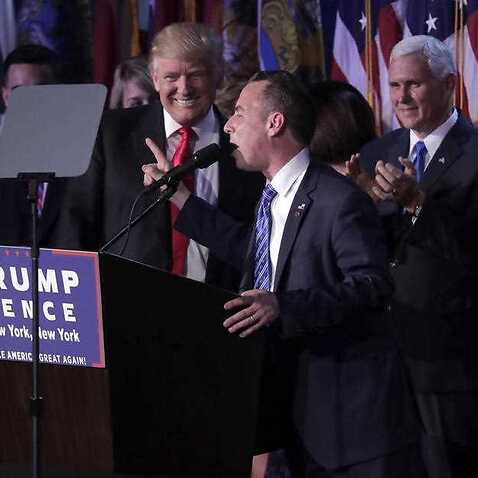 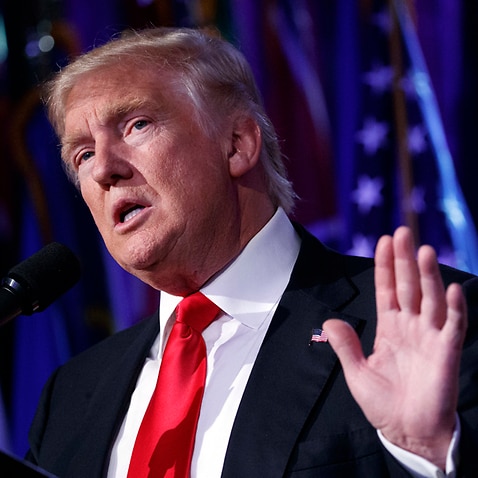