US President-elect Donald Trump fueled a simmering dispute with Barack Obama on Wednesday, accusing him of derailing a smooth transition with 'inflammatory' remarks, before appearing to row back.

Ever since the November 8 election, Trump and Obama have tried to bury political differences in favor of a united public front that would smooth the transfer of power on January 20.

But the Republican president-in-waiting unceremoniously cast any cordiality aside in a morning Twitter tirade from his Mar-a-Lago estate in Florida.

In a declaration that is unprecedented in its personal condemnation of a soon-to-be predecessor, the 70-year-old tweeted: "Doing my best to disregard the many inflammatory President O statements and roadblocks."

"Thought it was going to be a smooth transition - NOT!" 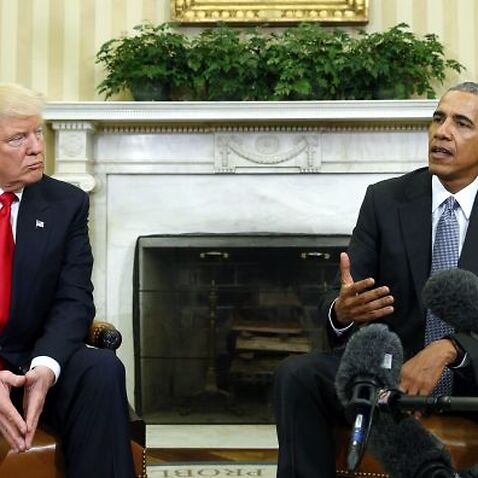 But Trump later appeared to shift focus from his previous comments, stating the process was going "very, very smoothly."

Trump said he had spoken to Obama in what he described as "a very nice conversation... appreciated that he called."

"I actually thought we covered a lot of territory," Trump said.

White House spokesman Eric Schultz said the call "was positive and focused on continuing a smooth and effective transition," adding the pair planned to keep in touch over the coming weeks.

Tensions between Trump and the current White House have been growing for weeks as Obama has become more outspoken about a vitriol-filled election that saw Democrat Hillary Clinton suffer a shock defeat.

Obama -- who is still the most popular politician in the country -- recently suggested that he may have won a third term were he not constitutionally barred from doing so.

That seems to have irked the notoriously thin-skinned president-elect.

At the same time, the pair have competed to take credit for solid economic indicators.

After months of talking down the world's largest economy, Trump has tried to take credit for a number of economic developments that are roughly on trend.

Trump claimed Sprint was creating 5,000 US jobs "because of me."

"The U.S. Consumer Confidence Index for December surged nearly four points to 113.7, THE HIGHEST LEVEL IN MORE THAN 15 YEARS! Thanks Donald," he tweeted late Tuesday, referring to himself in the third person.

And Trump announced he would hold in early January a press conference previously set to take place earlier this month to discuss his vast business holdings.

The 70-year-old, who is the wealthiest man to become US president, has been beset by accusations of conflict of interest ever since beating Clinton to the presidency.

While the White House has seethed behind the scenes, there has been little public response to Trump's forays into US foreign and domestic policy before he takes office in less than a month.

But tensions reached something of a breaking point after the United States tacitly backed condemnation of Israeli settlement activity at the United Nations.

With Washington withholding its veto, the UN Security Council passed a resolution demanding a halt to Israeli settlement building in the Palestinian territories.

"We cannot continue to let Israel be treated with such total disdain and disrespect. They used to have a great friend in the US, but......." he wrote.

"Not anymore. The beginning of the end was the horrible Iran deal, and now this (UN)! Stay strong Israel, January 20th is fast approaching!" 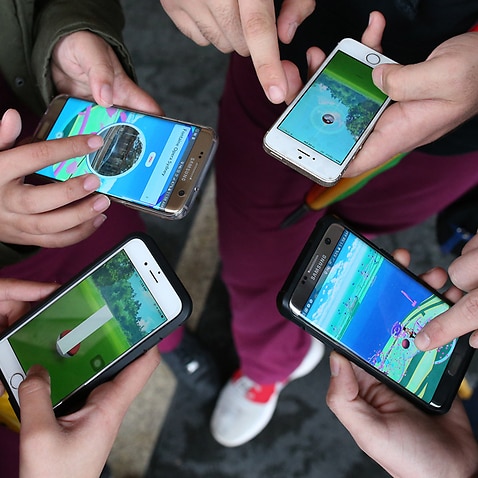 Throughout the long election campaign, Obama made no secret of his disdain for Trump, describing him as ill-informed and unfit for office.

But since a landmark meeting in the Oval Office a few days after the election, Obama has tried flattery in a bid to bind Trump to the norms of office.

He has praised Trump on a historic victory and made plain that millions of Republican voters would also be hurt if Trump overturns his landmark health care law.

Obama has repeatedly vowed to make the transition as smooth as possible.

At lower levels, the transition has spluttered along after a slow start that saw many key departments wait for substantive meetings with Trump staff.

That is said to have improved in recent weeks, as "landing teams" have begun to work with government agencies and briefing materials have been distributed.

The real estate mogul-turned-commander-in-chief is gradually putting together a team that is made up of Republican establishment figures, billionaires, generals and far-right activists.

At Mar-a-Lago on Wednesday, he met potential secretaries of agriculture and discussed measures to repeal so-called Obamacare and reform veterans' health care with notable doctors.

WATCH: US must 'greatly strengthen' its nuclear capability: Trump