Ahead of the Helsinki meeting, here just some of the things Donald Trump and Vladimir Putin have said about each other.

The much-anticipated summit between Donald Trump and Vladimir Putin today comes after years of mutual compliments and backslapping, despite growing strains in US-Russian relations.

Ahead of the Helsinki meeting, here is a selection of remarks the two world leaders have made about each other.

Three years before his election, the flamboyant billionaire Trump takes the Miss Universe competition to Moscow in 2013. Before the trip, he says in a tweet: "Do you think Putin will be going to The Miss Universe Pageant in November in Moscow - if so, will he become my new best friend?"

The Kremlin strongman does not attend but sends a representative with a gift for Trump, then mostly known for his real estate and reality television empires.

In October 2015, after launching his presidential bid in the Republican primaries, Trump tells CBS television: "I think I'd get along very well with Vladimir Putin. I just think so."

An exchange of compliments follows. The ex-KGB chief says of his counterpart in December: "He is a very outstanding man, unquestionably talented... He is the absolute leader of the presidential race."

And Trump returns the compliment. "I think that he's a strong leader, he's a powerful leader," he tells MSNBC television.

"When people call you brilliant it's always good, especially when the person heads up Russia." Trump says bond with UK's May is 'very, very strong'

Writing on Twitter in July 2016, Trump says Putin called him a "genius". Some Russian speakers said "colourful" was a better translation of the word that was used.

With Trump's surprise victory in the November 2016 election after a divisive campaign overshadowed by accusations of Russian interference, Putin calls to congratulate him.

He expresses hope they can work together by "bringing US-Russia relations out of their critical condition."

Trump takes office in January 2017 at a time of tension between Washington and Moscow after years of disagreement over the Syrian war, the annexation of Crimea, the conflict in Ukraine and Iran.

The two meet face-to-face for the first time in July 2017 on the sidelines of the G20 summit in Germany in an encounter Trump describes as "tremendous". 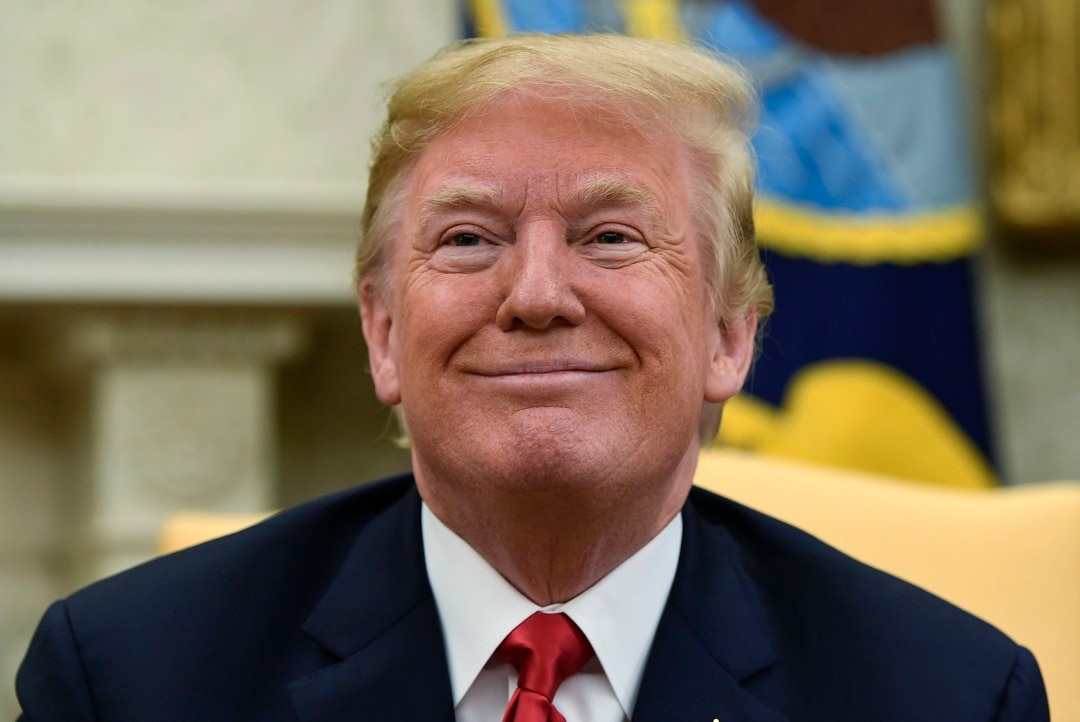 "He is a very outstanding man, unquestionably talented."
AP

Putin tells reporters: "The Trump that you see on TV is very different than the real Trump... There is every reason to believe that we will be able to at least partially re-establish the level of cooperation that we need."

They meet again in November 2017 in Vietnam on the margins of an Asia-Pacific APEC summit, pictured smiling together.

Trump says he has a "very good feeling" after their brief talks and Putin describes him as "well-mannered".

Trump is "a serious-minded person who knows how to listen to people and respond to their arguments," Putin says in a Russian television interview in June 2018. 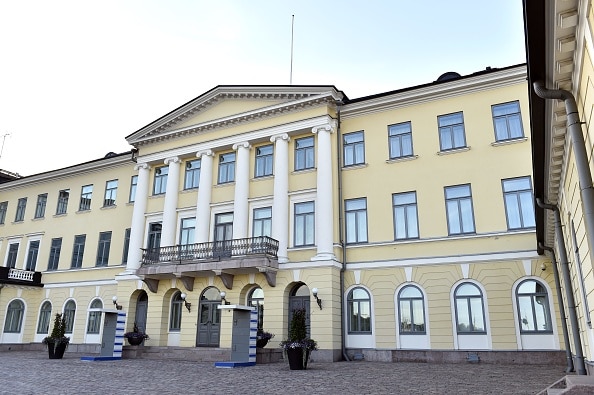 The Presidential Palace in Helsinki, Finland. The two leaders will soon meet in the Finnish capital.
AFP

He makes the comment after Trump proposes to readmit Russia to the rich G7 club from which it was excluded in 2014.

Earlier this month, Trump tells reporters he is prepared for the high-stakes meeting with Putin, whom he describes as a "competitor".

"No, he's not my enemy. Is he your friend? No, I don't know him well enough... But ultimately he's a competitor. He's representing Russia, I'm representing the United States."

Just days before they meet, the election meddling scandal is dragged back into the spotlight as the United States charges 12 Russian intelligence officers with hacking Hillary Clinton's 2016 presidential campaign. 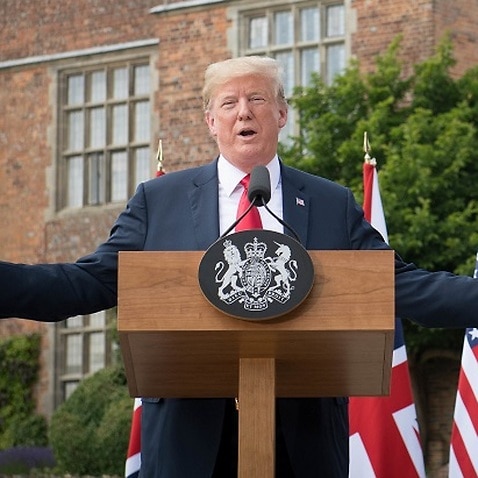 Speaking in Britain just before the indictments were made public, Trump insists he will raise the issue with Putin.

"There won't be a Perry Mason here... but I will absolutely firmly ask the question."

Give us more time

Ultimately Trump has said he believes the two could develop a good relationship, given a little time.

"I think we'd have a very good relationship with President Putin if we spend time together. I may be wrong... but I'm different than other people," he said on Friday in Britain ahead of Monday's summit in Helsinki.

"I'm not going in with high expectations, but we may come out with very surprising things."