From the resounding setbacks in Congress to the stunning policy flip-flops, Donald Trump has certainly been confronted with a steep learning curve in his opening months at the White House.

While the new US president has shown a capacity to change both his tone and his positions, Trump has struggled to convey a clearly articulated worldview.

As the symbolic milestone of his 100th day in power, which falls on Saturday, draws near, a cold, hard reality is setting in for the billionaire businessman who promised Americans he would "win, win, win" for them.

At this stage of his presidency Donald Trump is the least popular US leader in modern history (even if his core supporters still fully support him).

The 70-year-old Trump, whose election victory unleashed a political shockwave around the world, is still clinging to the take-no-prisoners, unpredictable, impulsive style that made him a property mogul and reality TV star.

WATCH: Who is Donald Trump?

But the onetime anti-establishment candidate who promised to "drain the swamp" in Washington appears to have recognized -- with a mix of naivete and craftiness -- that he has one of the most difficult jobs in the world.

In just his first few weeks in office Trump suffered some crippling blows -- the federal courts halted his proposed travel ban, and Congress failed to move ahead on health care reform.

"Nobody knew that health care could be so complicated," Trump said during his efforts to see Obamacare -- his Democratic predecessor's signature domestic policy achievement -- repealed and replaced.

"After listening for 10 minutes, I realized it's not so easy," Trump said after talks with Chinese President Xi Jinping about North Korea. 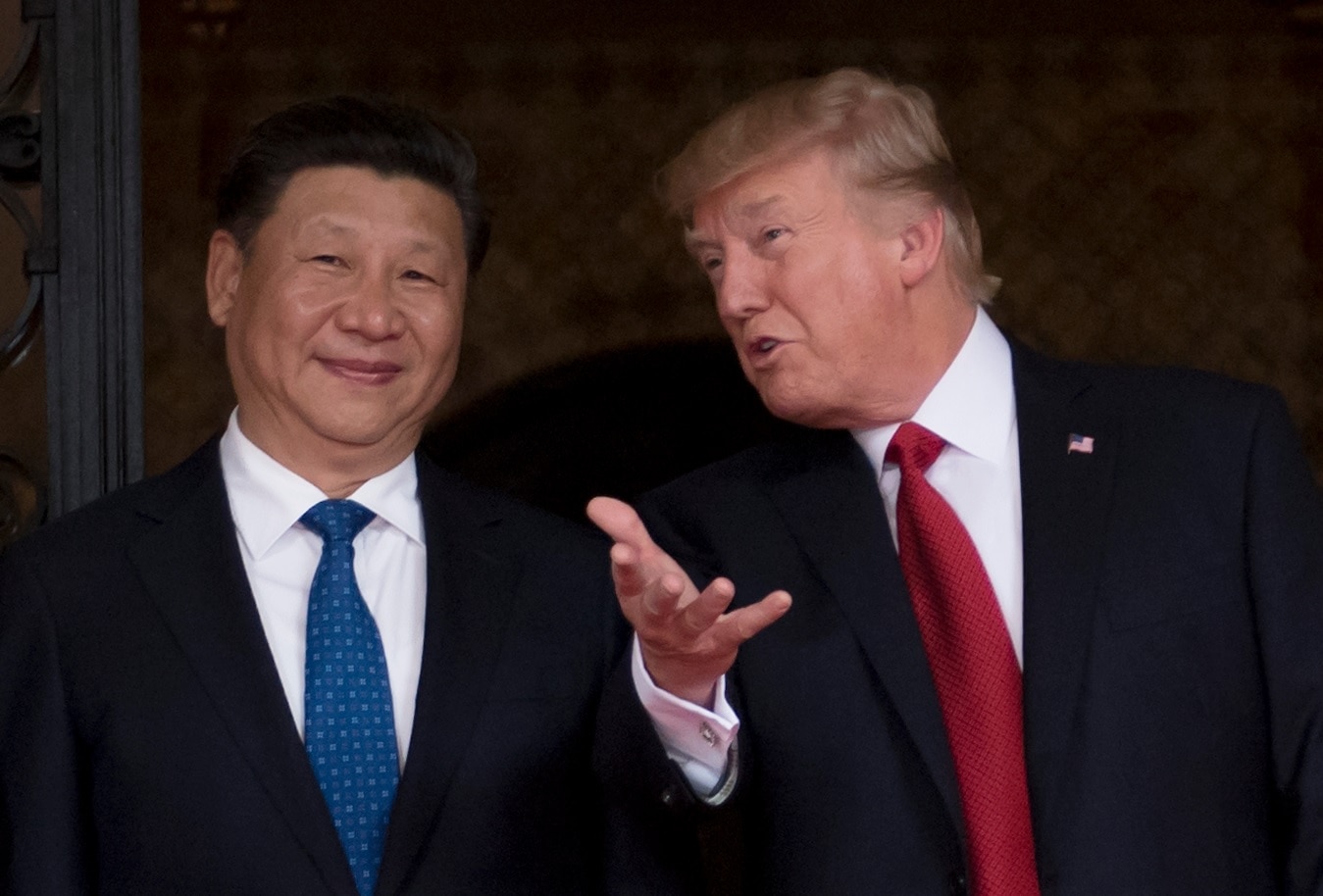 The demands and constraints of the Oval Office -- where every word uttered counts -- are quite different from the daily stump speeches Trump made on the campaign trail.

Who to turn to for advice? Whose advice to heed? What kind of relationship to build with Congress, even when it's nominally controlled by one's own party? How much latitude to afford the usually powerful State and Defense Departments?

All of his predecessors have said it: moving into the mansion at 1600 Pennsylvania Avenue is a shock to the system.

"There's just something about this job as president every president faces -- you know, that you think one thing going in and then the pressures of the job or the realities of the world, you know, are different than you thought," George W. Bush said recently.

Aside from his unwavering penchant for morning tweetstorms, often influenced by the ebb and flow of headlines on Fox News, Trump has changed. 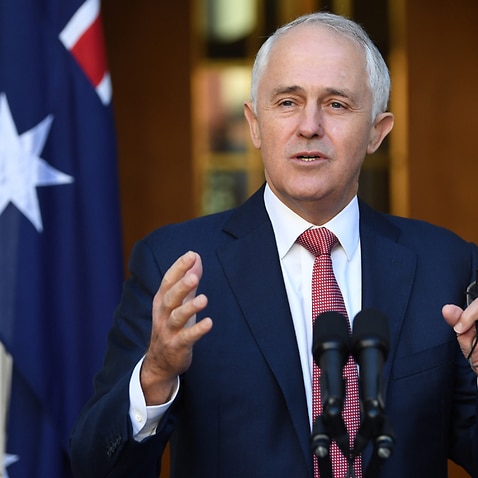 In the choice of his teams as well as in some negotiations, a sort of "presidentialization" seems to be unfolding -- albeit haltingly.

Trump, who was elevated to the highest office in the United States with no prior political, diplomatic or military experience, says his ever-evolving approach works.

"I do change and I am flexible, and I'm proud of that flexibility," Trump said, shortly before authorising air strikes against the regime of Syrian President Bashar al-Assad over what Washington says was a sarin attack on civilians. 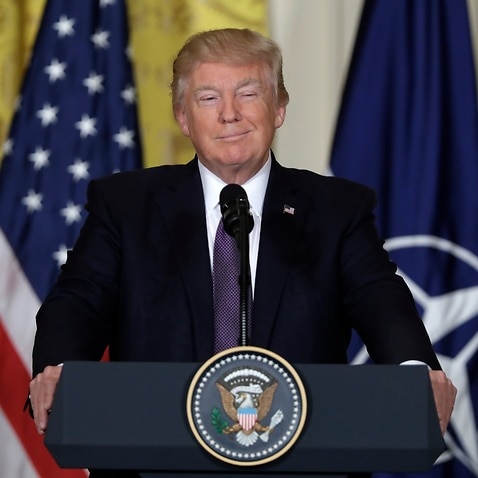 On China, Russia and NATO, his about-faces have -- to some extent -- reassured some Americans, and some of Washington's allies.

"When a president moves from being so wrong to being so right on such important questions, the sensible response is not to carp but to celebrate, however cautiously," The Washington Post said in an editorial, reminding readers of the harsh, dark tone of Trump's inaugural address.

But his approach also includes risks.

From Syria to North Korea, what is the risk of dragging the United States into a military conflict with an unpredictable outcome, a situation Trump warned against on the campaign trail?

How would the Republican president react if a major terror attack were to happen on US soil, as it did on 9/11?

Both style and substance reveal that Donald J. Trump is an American president like no other before him.

In a rather disconcerting interview given to Time magazine in March, in which Trump defended his controversial, far-fetched or just plain false statements one by one, he said: "What am I going to tell you? I tend to be right."

More than three months after taking office, many of his detractors still deem the profile written by author Philip Roth for The New Yorker in late January to be a just one.

He wrote of a president "ignorant of government, of history, of science, of philosophy, of art, incapable of expressing or recognizing subtlety or nuance... and wielding a vocabulary of 77 words."

Trump's numerous policy pivots and resets also raise questions about the very definition of his fluid brand of "Trumpism" -- which revolves around his ubiquitous "America First" slogan, a seemingly simple idea that is nevertheless tough to explain.

The internal squabbles within the Trump White House have not helped the president move forward with articulating his long-term vision.

Within a group that includes the ultra-conservative Steve Bannon, one thing stands out: the prime positioning of his family, especially daughter Ivanka and son-in-law Jared Kushner.

The successful nomination of conservative federal judge Neil Gorsuch to the Supreme Court stands as the major success of the first 100 days of the 45th president of the United States.

All too aware that he doesn't have much to show for those days, Trump lashed out with a tweet decrying the "ridiculous standard of the first 100 days" -- one that his team has repeatedly said was vital.

Trump, who regularly talks about possibly running for re-election, has more than 1,300 days ahead of him until his first term ends 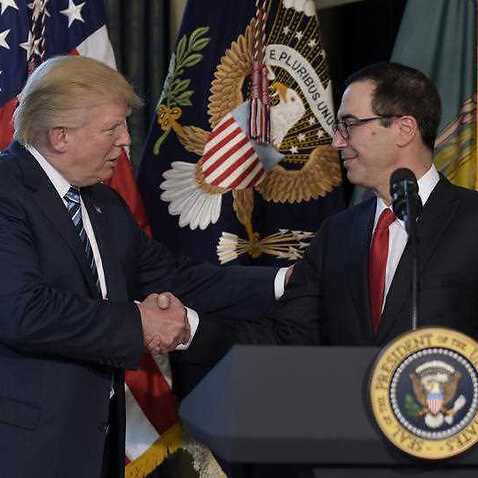 Trump proposes 'massive' tax cuts for US businesses and individuals 'Better you than me,' Trump tells record-breaking astronaut 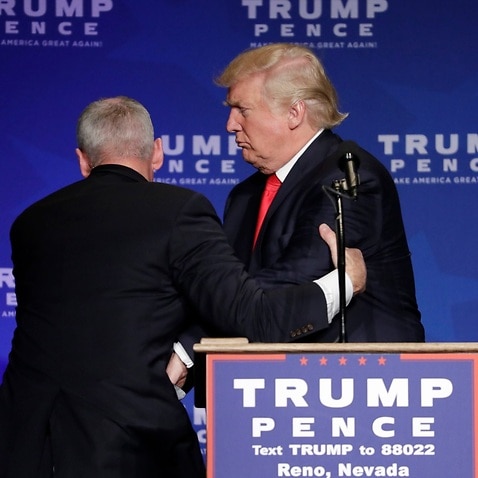 Keeping up with the Trumps: rough reality for the Secret Service