When President Trump mistakenly tweeted the Australian ABC news outlet, rather than the American one, he was met with a cheeky response. 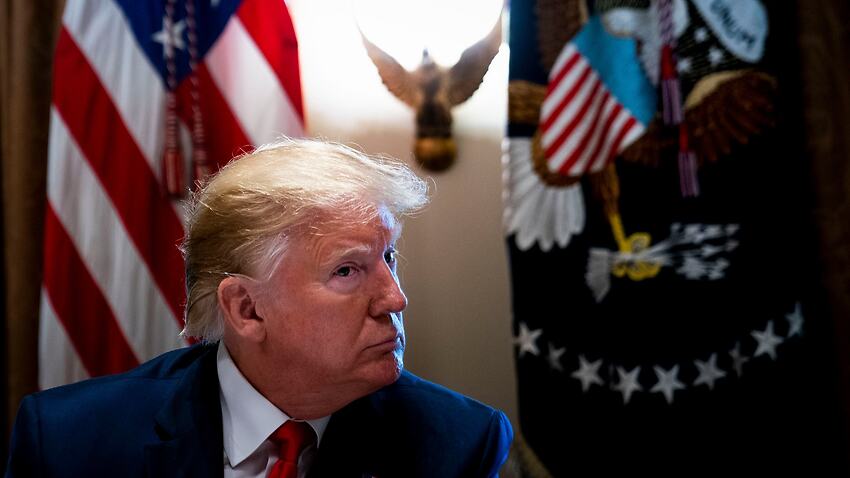 President Trump at the White House this month. In a tweet, he mistakenly tagged the Australian ABC News rather than the American one. Source: Doug Mills/The New York Times

The public broadcaster is smart, loquacious and a bit boring; even audience members for its live news discussion program, “Q&A,” can sometimes be seen drifting to sleep.

But Tuesday, the internet met a livelier and still very Australian ABC. When President Donald Trump posted a tweet that mistakenly tagged the Australian ABC News rather than the American one, the Australian broadcaster was quick to respond with a cheeky GIF of a koala.

G'day! As much as we appreciate the shout-out, we think you meant @ABC? pic.twitter.com/GYwZKRVuya

The post from the ABC’s official Twitter account landed high up in Trump’s comment thread, where it got an immediate local response. In a burst of national pride and humor, the likes and replies piled up throughout the Australian day, while most of Washington was asleep.

There were images of angry kangaroos and tweets asking if a punchy marsupial might be given a presidential interview.

There were memes involving Hollywood jokes about Australia from the film “Dumb and Dumber.”

And there were tweets displaying respect for the reply.

Dan Smith, 28, the ABC producer behind the tweet, said he had been pleasantly surprised by the response.

“I was looking for a kangaroo originally, but it’s tricky to find a GIF of a kangaroo reading a paper or looking vaguely businesslike,” he said. “So the koala it was.”

I didn’t think my 2019 would involve me being quoted in the New York Times for tweeting a gif of a koala with coffee at Donald Trump, but here we are. https://t.co/1YcIKRoyyW

But what is it about the bespectacled koala that seems so spot on? The tweet managed to poke fun at a global figure with just a touch of scorn, but is there some deeper meaning to, as one Sydneysider called it, “the intellectual, friendly, passive-aggressive koala”?

David Beirman, a senior lecturer in tourism at the University of Technology Sydney, said the reply captured Australia at its best, subtly mocking itself and others with an image immediately identifiable as Australian.

“It’s a nice, fun way of saying, ‘Hey, Donald, we’re over in this part of the world — and we can laugh at ourselves,’” he said. “We’re pretty used to being confused with other places in the world, like Austria, so we tend to take it with a smile.”

Smith’s boss, Gary Kemble, the social lead for ABC News, who signed off on the tweet, said he hoped it would help clear up some of the international confusion about all things ABC.

“Dan nailed it instantly,” he said. “We didn’t want to be seen to be rude or too weird about it, but we do actually get a lot of people who think we’re the U.S. ABC News, so it’s awesome that Dan found a way to reach out to the ultimate influencer on Twitter.”