The Trump administration will honour the refugee resettlement deal Australia struck with former US President Obama.

The deal has been in limbo since Mr Trump’s election and more so since the President’s executive orders on Friday to ban refugees from Syria and a 90-day suspension on the entry of nationals from Iran, Iraq, Syria, Sudan, Libya, Somalia and Yemen. 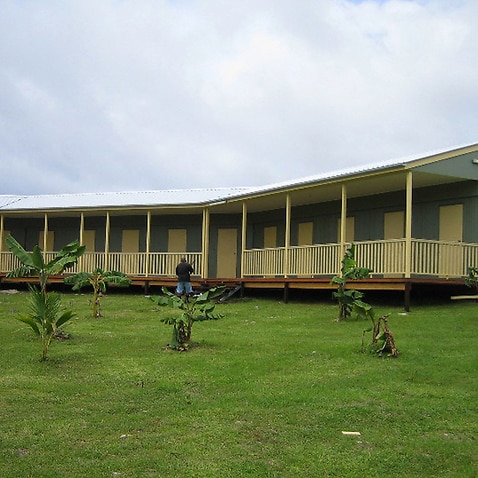 But in a 25-minute phone call between the two leaders, it is understood Mr Trump told Mr Turnbull that his administration would continue to honour the 2016 arrangement.

There are around 1600 asylum seekers on Manus Island and Nauru who have been granted refugee status and are eligible to be transferred to the United States, if they are cleared by US Homeland Security officials.

But neither government has said how many the United States will or is obliged to take.

"I think that's good, I absolutely think the deal should go ahead and I'm pleased if the Americans honour their side of the bargain," he told reporters in Melbourne.

Before the phone call on Saturday, Mr Turnbull told journalists that he was confident of such a result.

"You should read the Executive Order yourself. It is all there," he said.

"It is quite clear that the Administration has set out in the order the ability to deal with existing arrangements such as the one that we have."

It's understood the pair also spoke about defeating the self-proclaimed Islamic State and preventing irregular and illegal migration.

A White House statement on the conversation between the two did not mention the refugee deal, rather it came from Australian sources.

The White House says both leaders emphasised the enduring strength and closeness of the US-Australia relationship that is critical for peace, stability, and prosperity in the Asia-Pacific region.

Foreign Affairs Minister Julie Bishop says Prime Minister Malcolm Turnbull was "pleased with the outcome" of his discussion with US President Donald Trump.

Ms Bishop, in Los Angeles on Saturday at the G'day USA gala, said she has also had a second conversation with US Vice President Mike Pence.

"I've had two very constructive conversations with Vice President Pence and I know the prime minister was pleased with the outcome of the discussion he had with the president today," she said, adding Mr Turnbull would travel to the US for a yet to be scheduled meeting with Mr Trump.