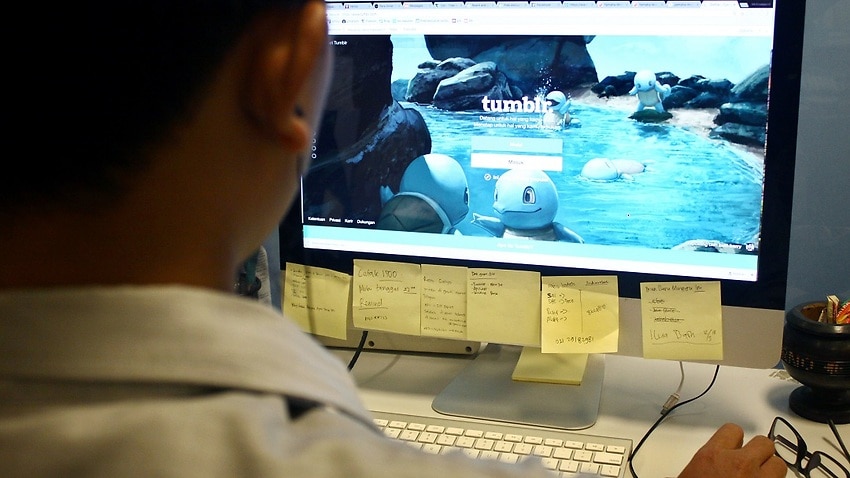 Tumblr on Monday said it is banning adult content from the Yahoo-owned blogging platform, which saw its app pulled from Apple's App Store last month over child pornography.

Tumblr will begin enforcing its new policy on December 17, giving users who host unwanted explicit content an opportunity to take their imagery elsewhere, according to chief executive Jeff D'Onofrio.

"Our actions are out of love and hope for our community," D'Onofrio wrote in a blog post.

"There are no shortage of sites on the internet that feature adult content."

"Posts that contain adult content will no longer be allowed on Tumblr, and we've updated our Community Guidelines to reflect this policy change," D'Onofrio said.

The new rules prohibit users from uploading "real-life human genitals or female-presenting nipples", but artistic representations may still be allowed.

"Posting anything that is harmful to minors, including child pornography, is abhorrent and has no place in our community," D'Onofrio said.

Tumblr's applications for Apple devices were shut out of the App Store last month after child sexual abuse material was found on the platform.

The offending content was removed as soon as it was discovered in a routine audit, according to Tumblr.

Karp's departure from the company came a few months after Verizon bought parent-company Yahoo in a $4.5 billion deal.

Karp founded Tumblr in New York in early 2007 as a platform where people could share writing and short-form media. Now, Tumblr hosts some 417 million different blogs.

Yahoo acquired Tumblr in May 2013 for $1.1 billion, as part of an effort to better connect with younger online users