EU Commission President Jean-Claude Juncker says Turkey is in no position to join the European grouping as a crackdown continues following a coup attempt.

Turkey has ordered the detention of 42 journalists, broadcaster NTV reports, under a crackdown following a failed coup that has targeted more than 60,000 people, drawing fire from the European Union.

The arrests or suspensions of soldiers, police, judges and civil servants in response to the July 15-16 putsch have raised concerns among rights groups and Western countries, who fear President Tayyip Erdogan is capitalising on it to tighten his grip on power.

"I believe that Turkey, in its current state, is not in a position to become a member any time soon and not even over a longer period," Juncker said on Monday.

Juncker also said that if Turkey reintroduces the death penalty - something the government has said it must consider, responding to calls at public rallies for the coup leaders to be executed - it would stop the EU accession process immediately.

Turkey abolished capital punishment in 2004, allowing it to open EU accession talks the following year, but the negotiations have made scant progress since then.

Erdogan has declared a state of emergency, which allows him to sign new laws without prior parliamentary approval and limit rights as he deems necessary. The government has said these steps are needed to root out supporters of the coup and won't infringe on the rights of ordinary Turks.

NTV reported that among the 42 journalists subject to arrest warrants was well-known commentator and former parliamentarian Nazli Ilicak.

State-run Turkish Airlines said it had fired 211 employees, citing their links to a religious movement Erdogan has blamed for the attempted putsch. 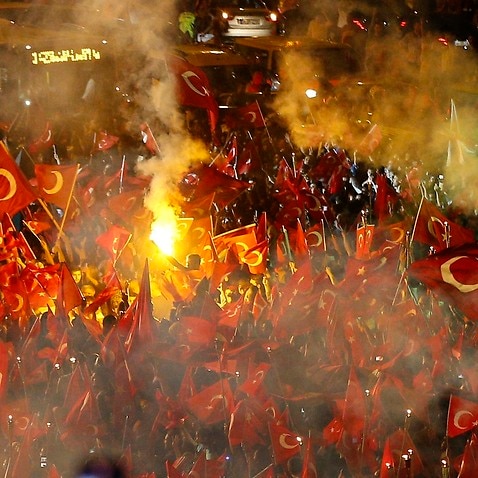 Erdogan accuses US-based Muslim cleric Fethullah Gulen, who has many followers in Turkey, of masterminding the coup plot. In his first decree since the state of emergency was declared, Erdogan ordered the closure of thousands of private schools, charities and foundations with suspected links to Gulen, who denies involvement in the coup.

Gulen, who has lived in self-imposed exile in the US since 1999, says the coup may have been orchestrated by Erdogan himself.

Turkey wants the US to extradite the cleric.

Washington has said it will do so only if there is clear evidence.

Erdogan has accused Gulen, his former ally, of attempting to build a "parallel network" of supporters within the military, police, judiciary, civil service, education and media with the aim of toppling the state.

Prime Minister Binali Yildirim said on Saturday that authorities had taken around 13,000 people into custody over the coup attempt, including 8831 soldiers. He promised they would have a fair trial.

Rights group Amnesty International said it had received credible evidence of detainees being subjected to beatings and torture, including rape, since the coup attempt.

Photographs on social media have shown some of the detainees bruised and bandaged.

"Absolutely none of those detained were subject to torture or bad treatment during or after their detention," he said. 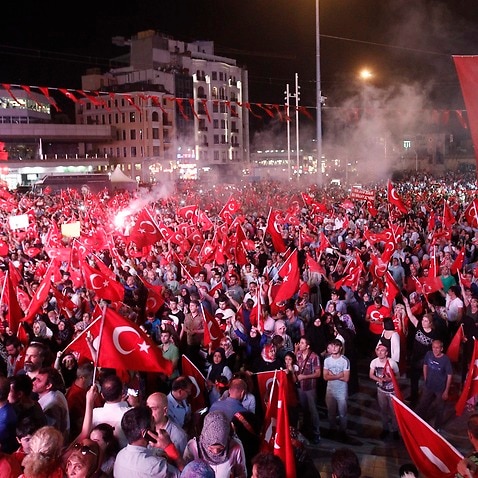 Turkey targets media and schools in purge, as Obama offers US assistance