The prime minister touched down in Manila, the Philippines capital, on Sunday afternoon for the East Asia Summit, which coincides with the larger Association of Southeast Asian Nations meeting, to be greeted by a ceremonial dance party welcome on the tarmac.

The region's premier strategic forum is convened at a time of great global insecurity and uncertainty, Mr Turnbull said. 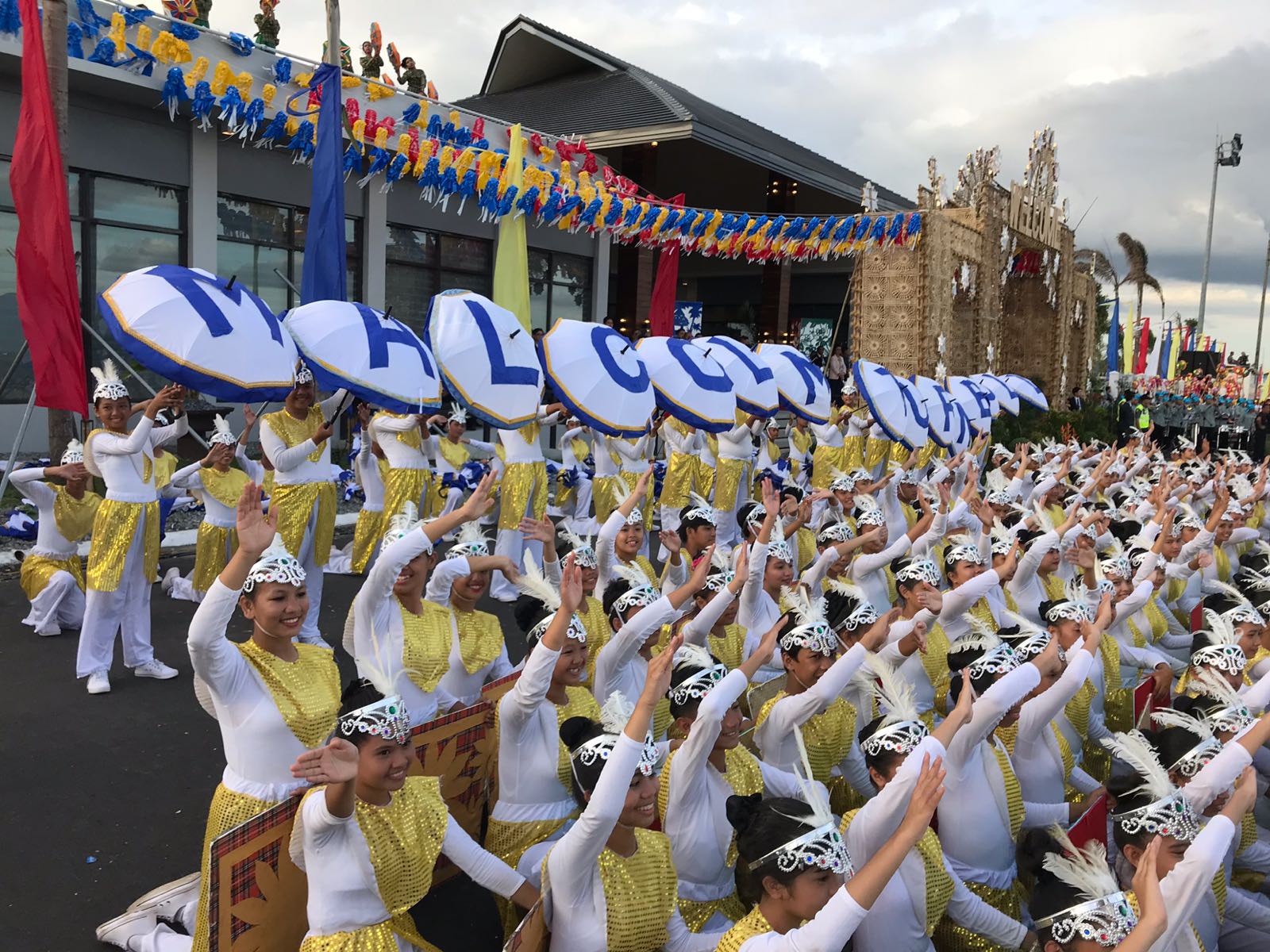 Malcolm Turnbull is greeted with a parade in Manila for the East Asia leaders summit.
SBS

"I will urge world leaders to implement meaningful, practical measures to bring North Korea to its senses and prevent the spread of terrorism," he said.

Stamping out illegal financing underpinning Pyongyang's weapons program and IS militants is crucial.

"We must tighten the net," Mr Turnbull said. 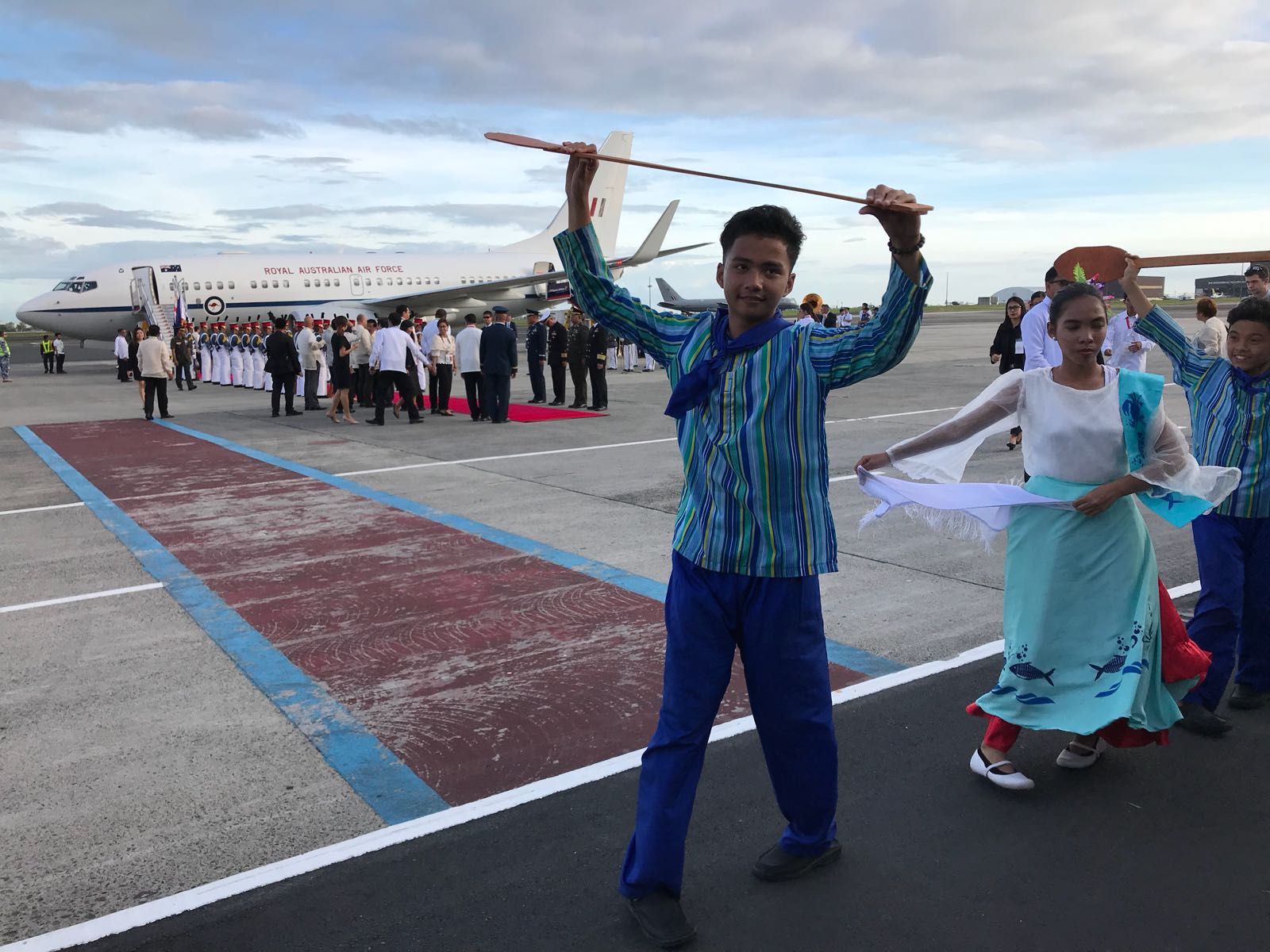 Malcolm Turnbull is greeted in Manila for the East Asia leaders summit.
SBS

Later, Mr Turnbull attended a gala leaders dinner in the evening before some one-on-one time with host President Rodrigo Duterte.

The two leaders discussed the ongoing fight against terrorism and the threat posed by foreign fighters returning from Syria and Iraq.

The Philippines has been quashing an Islamic State insurgency in Marawi in the south since May and Australia provided surveillance aircraft and is offering troop training.

They vowed to increase intelligence sharing.

In his opening remarks Mr Duterte expressed concerns about the military build up on artificial islands in the South China Sea.

The two leaders agreed countries should avoid taking unilateral actions that could lead to conflict.

The Philippines, China, Vietnam, Taiwan, Malaysia and Brunei all have competing claims for maritime territory.

Mr Duterte and Mr Turnbull also discussed the "war on drugs" in the Philippines.

Meanwhile, Australian diplomats met with counterparts from the US, India and Japan on Sunday to discuss the prospects of reviving a four country security forum, which is widely seen as an effort to counter China's growing influence.

Former prime minister Kevin Rudd pulled Australia out of the arrangement in 2008.

On Monday Mr Turnbull is expected to have bilateral talks with US President Donald Trump and Japanese Prime Minister Shinzo Abe on the sidelines of the summit. 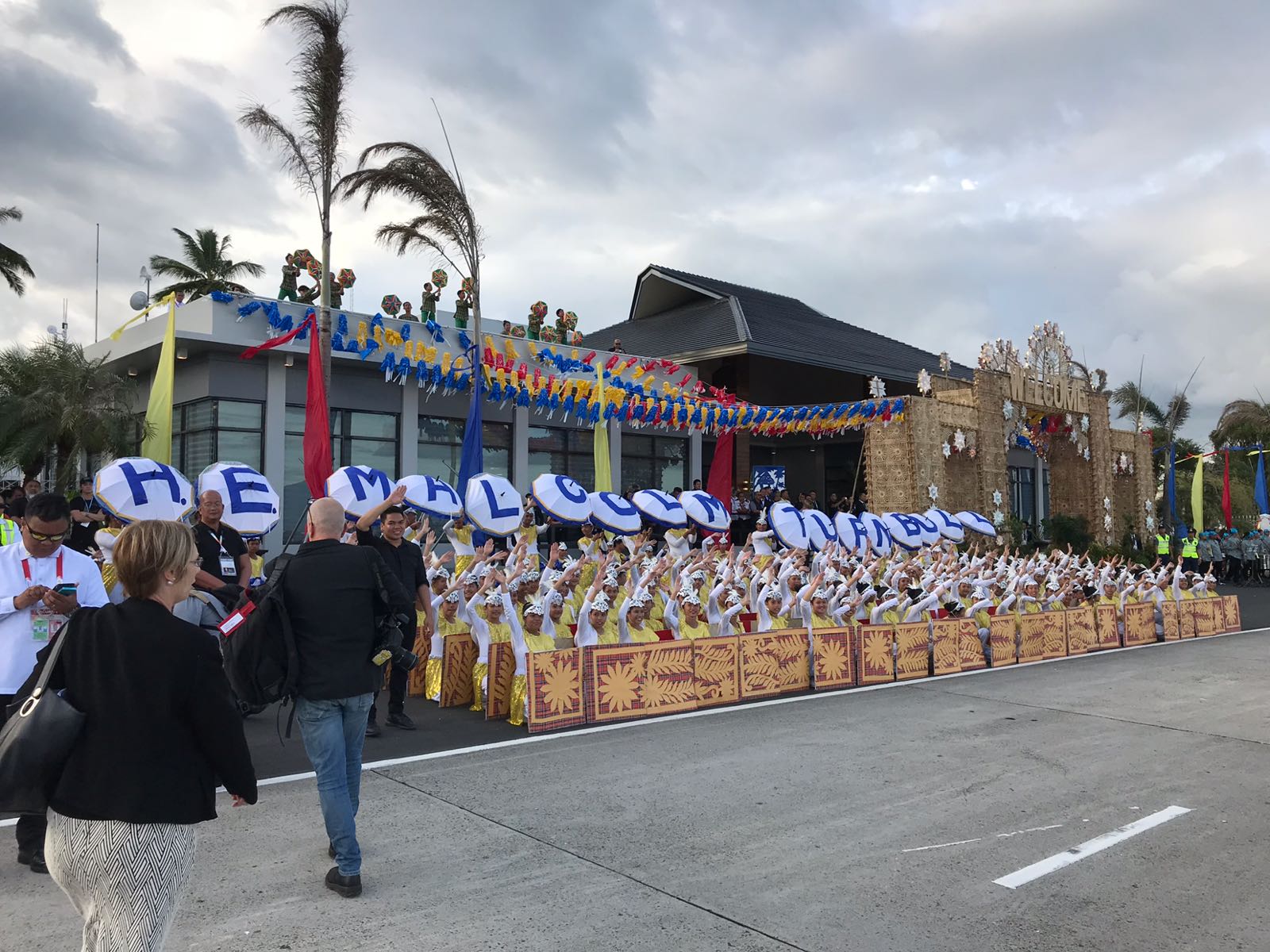 Malcolm Turnbull is greeted with a fanfare in Manila.
SBS

Leaders from across Asia joined U.S. President Donald Trump at an extravagant gala dinner in the Philippines' capital on Sunday, a show of amity in a region fraught with tensions.

Philippines President Rodrigo Duterte set the tone of cordiality ahead of the two days of summit meetings he will host, suggesting that despite their differences over claims to the South China Sea, the leaders should not discuss the issue.

"We have to be friends, the other hotheads would like us to confront China and the rest of the world on so many issues," Duterte said at a business conference, as planes carrying heads of state and government attending the summit landed in quick succession in Manila.

"The South China Sea is better left untouched, nobody can afford to go to war. It can ill-afford a violent confrontation."

Hours earlier, during a bilateral visit to Vietnam, Trump offered to mediate in the dispute over the South China Sea, where four Southeast Asian countries and Taiwan contest China's sweeping claims to the busy waterway.

All the claimants will be at the summit, except for Taiwan. 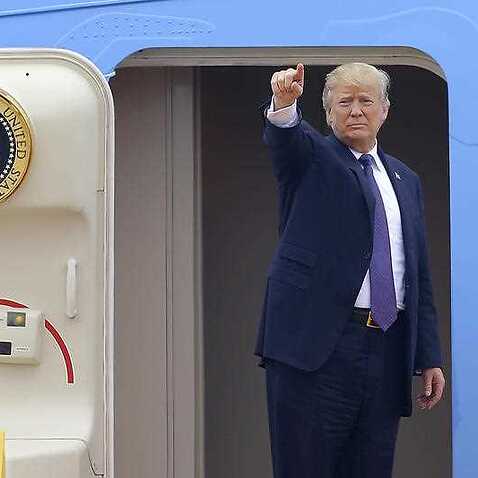 Trump should be 'ashamed' of attacks on ex-intel chiefs: former CIA head Trump will join leaders of Southeast and East Asian nations in Manila over the next two days, the last leg of a tour that has taken him to Japan, South Korea and China as well as Vietnam.

The sheer length of the trip - the longest to Asia by a U.S. president in more than a quarter century - may reassure some that, despite Trump's "America First" policy, Washington remainscommitted to a region China sees as its strategic domain.

Leaders of the 10-member Association of Southeast Asian Nations (ASEAN), China, Russia, Japan, Canada, South Korea, India, Australia and New Zealand arrived one by one for a glitzy gala dinner where they were entertained by singers and dancers.

Each of the men sported a cream-coloured barong, a traditional Philippines shirt made of fibre from the pineapple plant, embroidered and worn untouched.

They were served a four-course Filipino-Asian fusion meal curate and prepared by Chef Jessie Sincioco, who also designed the menu for Pope Francis when he visited the Philippines in 2015.

Police used water canon to prevent hundreds of protesters reaching the U.S. embassy in Manila ahead of Trump's arrival.

Carrying placards declaring "Dump Trump" and "Down with U.S. Imperialism", the left-wing protesters were blocked by police in riot gear with shields and batons, and then showered with jets of water from a fire engine.

The United States and its former colony, the Philippines, have been strategic allies since World War Two.

Trump is expected to try during the summit to shore up relations, which have been strained by the mercurial Duterte's notorious anti-U.S. sentiment and his enthusiasm for better ties with Russia and China.

Duterte - sometimes described as the 'Trump of the East' because of his brash style - said last week he would tell the U.S. president to "lay off" if he raised the issue of human rights when they met.

More than 3,900 Filipinos have been killed in what the police call self-defence in a war on drugs declared by Duterte.

Critics say executions are taking place with no accountability, allegations the police reject.

But Trump, who has been criticised at home for neglecting rights issues in dealings abroad, praised Duterte in May for doing an "unbelievable job on the drug problem".

Trump's tour comes against a background of tensions on the Korean peninsula following exchanges of war-like threats and insults between North Korea's leader Kim Jong Un and Trump over Pyongyang's nuclear and missile development programme.

China has been urged by both South Korea and the United States to take a more active role in curbing North Korea's nuclear and missile ambitions.

During his tour, Trump and his team have repeatedly used the term "Indo-Pacific" instead of "Asia-Pacific" for the region, which some see as an effort to depict it as more than China-dominated.

Pacific Rim nation leaders agreed in Vietnam on Saturday to address "unfair trade practices" and "market distorting subsidies", a statement that bore the imprint of Trump's efforts to reshape the global trade landscape.

The summit of Asia-Pacific Economic Cooperation (APEC) countries in Vietnam put on show the contrasting vision of the "America First" policy with the traditional consensus favouring multinational deals that China now seeks to champion.

Manila hosted the APEC summit two years ago, and at that meeting Canadian Prime Minister Justin Trudeau won a Twitter poll with the hashtag #APEChottie that asked people to vote for the most attractive leader there. Journalists swarmed the youthful leader and screamed in excitement.

On his latest visit, Trudeau visited an outlet of Jollibee, a chain that has become a byword for Filipino fast food, chatting and posing for selfies, charming the people of Manila again.