Victoria is crying foul after the Turnbull government picked a rival bid from a German manufacturer in Queensland to lead the $5 billion contract. 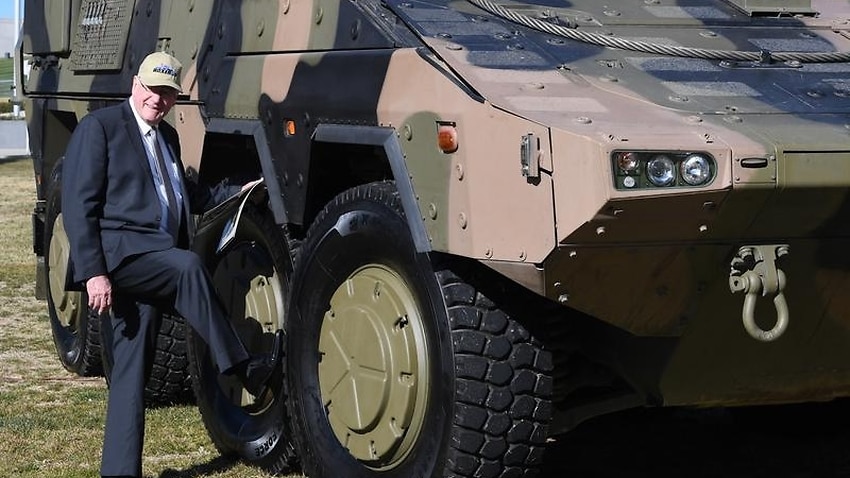 Prime Minister Malcolm Turnbull has announced 211 tanks for the Australian Defence Force will be constructed at a facility in Ipswich, Queensland.

The $5 billion contract was awarded to Rheinmetall Defence Australia, which will build the armoured vehicle using Australian steel.

The Queensland pitch defeated a rival bid from a manufacturer in Victoria that was supported by the Victorian state government, which has accused the Turnbull government of making a political decision.

But the prime minister said the decision was "all about the vehicle", based on testing which demonstrated the toughness and lethal weaponry of the Boxer CRV. He said the company had been the clear preference of the Defence deparment.

Defence Industry Minister Christopher Pyne said while the contract was awarded to the Queensland firm there would be flow-on benefits to the Victorian economy through the chain of subcontractors that supply materials.

"The nation has won this contract. In years gone by, we would have bought the vehicles from overseas and imported them into the country," Mr Pyne said.

"We really do believe this has been based on marginal seats in Queensland and not the best interests of the nation," Mr Carroll told ABC radio on Wednesday.

But Queensland's State Development Minister Cameron Dick says that is about to change.

"It is a new beginning for manufacturing in Queensland," he told ABC radio.

"We've been working with Rheinmetall for three years to secure this contract and I'm delighted we'll now be able to deliver over 600 jobs for Queenslanders over a decade."

The federal government estimated the project would create 640 jobs, but only 330 of them in Queensland, with 170 others in Victoria, and 140 in NSW.

The contract is a record purchase for the army and is expected to create hundreds more indirect jobs across Australia.