The New Zealand and Australian prime ministers have discussed immigration policy as they continue to push ahead with Trans-Pacific Partnership negotiations.

Prime Minister Malcolm Turnbull has politely declined an offer from New Zealand's government to take 150 refugees from one of Australia's offshore detention centres.

New Zealand Prime Minister Bill English made the offer as the two met for the first time as leaders of their countries in Queenstown yesterday.

"This offer from NZ has been available for some time and it is one that we appreciate but our focus is on completing the arrangements with the United States," Prime Minister Turnbull told reporters in Queenstown just before he left for Australia.

Prime Minister English told reporters yesterday: "We just want to be clear that the offer remains there, but they've indicated their appreciation and that's about as far as it has gone.

"It's entirely up to them. So far, they haven't taken it up."

It's the second time Malcolm Turnbull has turned down an offer to take 150 refugees from the Manus Island offshore detention centre.

The Australian government said it would be used as a marketing opportunity by people smugglers.

It has been a standing offer from the New Zealand government since 2013.

Recently, the Australian Government said it had struck a deal with the US to start screening the refugees on Manus Island and Nauru for eventual settlement in the US. Australia not indebted to Trump over refugee deal: PM

The Prime Minister was met by his New Zealand counterpart Bill English in Queenstown on the South Island on Friday morning.

The two prime ministers travelled first to a war memorial in nearby Arrowtown, which lists the names of locals who died in the world wars.

“It is a continuation of that great ANZAC spirit,” Prime Minister Turnbull said at the event.

He also paid tribute to the helicopter pilot who died fighting a massive fire in nearby Christchurch.

"Obviously, we are very, very sad as you are, from the death of the helicopter pilot.

"He was the doing what he was doing in Afghanistan: courageously serving his country,” he said.

“Both of our countries know the cruelty of nature."

The meeting marked the first time the two prime ministers have met as leaders of their countries.

Prime Minister Turnbull is expected to try and create new opportunities in trade, science and innovation between Australia and New Zealand.

“Our nations are so close,” Mr Turnbull said.

“We are the closest of family.” 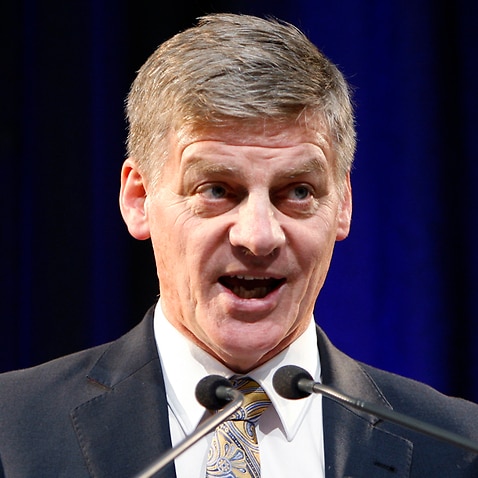