The federal government will soon own 100 per cent of the Snowy Hydro plant after striking a deal with NSW and Victoria to buy their shares for $6 billion. 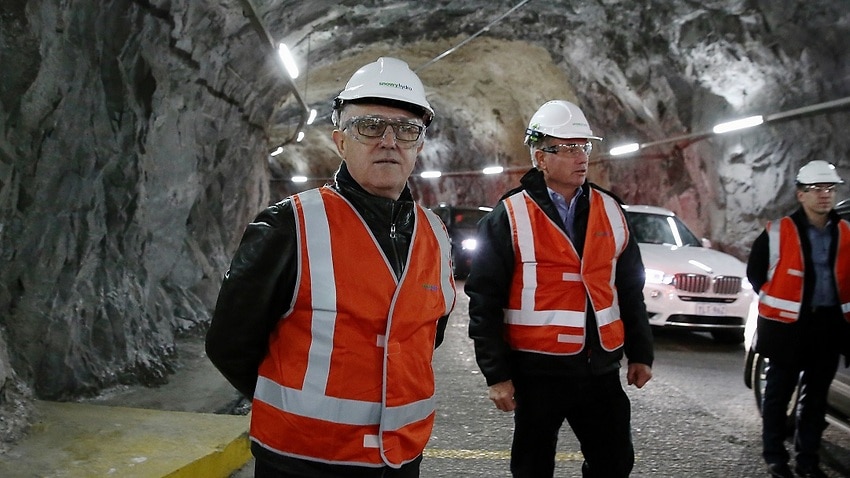 The federal energy minister has vowed to keep the Snowy Hydro in public hands after the Commonwealth struck a deal to buy Victoria and New South Wales’ shares in the hydro-electric power plant.

The Turnbull government is now a step closer to implementing its so-called 'Snowy 2.0' expansion, which will add a large hydro battery to the existing power plant.

Energy minister Josh Frydenberg said the sale was "fair value" and promised to never sell the asset to a private buyer.

The federal government will pay $6 billion for the NSW and Victorian share of the Snowy Hydro (AAP) Source: AAP

"The Commonwealth is absolutely committed to keeping it in public hands. There's no talk about anything different to that," Mr Frydenberg told ABC Radio.

The Howard Government once considered selling off the federal government's stake in the Snowy Hydro, but canned the idea in 2006.

Mr Frydenberg said he did not think any future governments – Labor or Liberal – would ever sell the plant.

"It's an iconic Australian asset."

The Snowy Hydro is considered one of Australia’s greatest engineering achievements. Construction began in the late 1940s in the post-war period.

Around 70 percent of the workers were European migrants from countries like Germany, Greece, Ireland, Italy, Britain, Norway, Poland and the Former Yugoslavia.

The $6-billion sale is not yet finalised. The Turnbull government will need to pass the funding, likely in the upcoming 2018 Budget.