Malcolm Turnbull's 1988 appearance on Speaking For Myself offers an insight into the ambitions of our latest Prime Minister.

Meet Malcolm Turnbull the feminist, the hard man, the constant critic – or so he saw himself in 1988.

When Graham Little interviewed Turnbull back then, the now-Prime Minister declared himself a feminist and a man who is his own harshest critic, constantly striving for success.

"It’s very import to stand up for whatever you believe in, whatever your job is at the time, and to be prepared to front people on a one-to-one basis."

He discussed his career as a lawyer, journalist and businessmen, as well as his early political persuasions.

“I think I am a hard person,” Turnbull said in the '88 TV interview. “When I say hard I really mean strong, I don’t mean hard as in insensitive bloody minded.

“It’s very import to stand up for whatever you believe in, whatever your job is at the time, and to be prepared to front people on a one-to-one basis.

“A lot of people are not prepared to handle toe-to-toe confrontations and you have to be prepared to do that as an advocate.”

Back then, Turnbull declared he didn’t have any idea where he would be when he hit his 50s; in 1988 he was happy to continue running the Whitlam Turnbull law firm.

But he did admit there were times he feared he would never succeed.

“I think I’m a very hard critic of myself,” Turnbull said in the interview.

“My wife would say I’m too harsh. I’m constantly concerned that I haven’t pushed hard enough, done well enough. I do get concerned about that.”

Women have played significant roles in Turnbull’s life. He declared himself a feminist when Little asked him in 1988 if his life would have been different had he not been raised by his single father.

“I think I am, and most people regard me as very much a feminist,” Turnbull said.

“I’ve never preferred all-male company to mixed company. I like working with women very much. A lot of men are very uncomfortable with women in equal positions in business and I’ve never had that problem at all.” 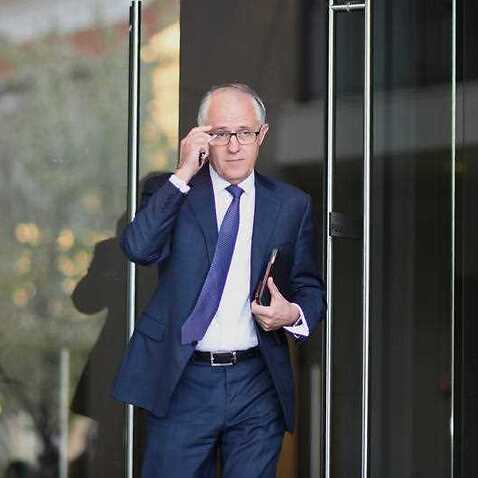