It will be worth the challenges if China stays the course on its journey toward open markets and rule of law, Malcolm Turnbull says.

Prime Minister Malcolm Turnbull has urged China to stay the course on its "long journey" toward open markets and the rule of law.

China's transition to a more consumption rather than production-driven economy presented extraordinary opportunities for Australia, some of which were already being delivered thanks to the free-trade agreement that came into force in December.

That had caused Australia's own economy to shift, from a focus on mining investment to services - services China's growing middle class needed and wanted. 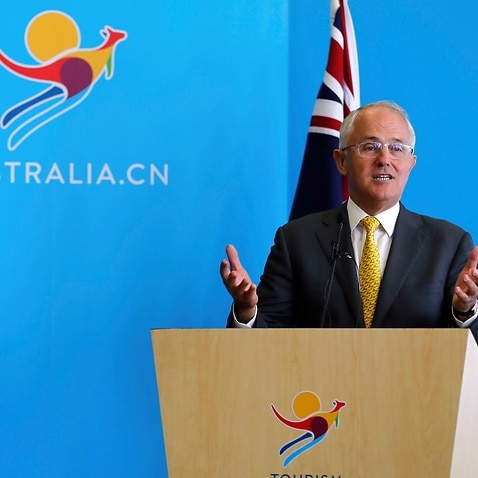 But more hard work was needed to expand business links as both economies transitioned.

"I am here to help Australian exporters open doors which had been locked," Mr Turnbull said.

"China's own long journey towards open markets and rule of law will be worth the challenges along the way.

"Freedom, enterprise, open markets, embrace of the global community in all its diversity - those are the qualities that have delivered progress, rising living standards and growth."

Earlier on Thursday, Mr Turnbull unveiled new measures to attract Chinese travellers to Australia, with 2017 having been declared the year of Australian/Chinese travel.

Australia will trial 10-year validity visas, streamlined visas for Chinese students and visa applications in Mandarin to entice travellers Down Under. Mr Turnbull said China was Australia's most important tourism market, worth more than $8 billion and delivering more than one million tourists last year.

He also unveiled a plan to expand AFL in China, with a game to be played in Shanghai during the 2017 season.

Mr Turnbull said it was the first time an AFL game would be played outside Australasia for premiership points.

Port Adelaide will be one of the teams involved.