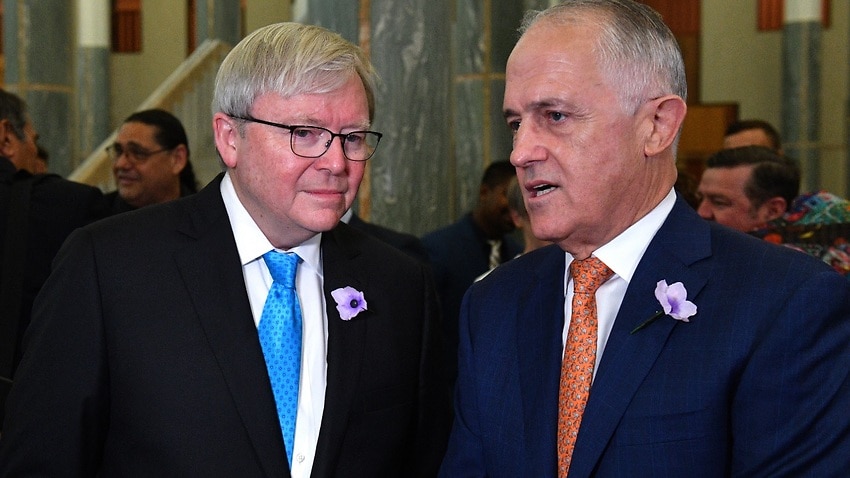 Kevin Rudd has accused Prime Minister Malcolm Turnbull of punching China in the face and taking a flame thrower to Australia's relationship with Beijing.

The former prime minister has accused Mr Turnbull of derailing the Australia-China relationship in favour of trade deals with Europe following comments he made in Beijing last year.

"(Mr Turnbull) seems to think to do that automatically means it's a smart thing to then publicly punch the Chinese in the face, which is what he did with his extraordinarily ridiculous statement to Beijing that the Australian people had finally 'stood up' to confront the Chinese," he told Sky News on Monday.

He called that a gratuitous insult toward China which went in excess of normal tensions in the relationship.

Mr Rudd then accused Mr Turnbull of pointing a flamethrower at Beijing to ignite a fire in the relationship over former Labor senator Sam Dastyari's contact with Chinese businesspeople regarding donations.

"I think it's time for sober heads and sober minds like Julie Bishop as foreign minister and others to frankly douse the flames and get this relationship back on track," he said.

Mr Rudd's own relationship with China when he was prime minister wasn't always smooth sailing.

At a 2009 climate change summit in Copenhagen, he reportedly told journalists "those Chinese rat f***ers are trying to ratf*** us".

His relationship with Mr Turnbull is also rocky.

Mr Turnbull refused to back Mr Rudd to be secretary general of the United Nations in 2016, saying he was not suited to the role.