Malcolm Turnbull has criticised South Australian Premier Jay Weatherill for suggesting the states could go it alone on an emissions intensity scheme.

South Australia is already threatening to go it alone on a carbon scheme for the electricity sector, ahead of a meeting of federal and state leaders.

Premier Jay Weatherill's warning comes after the federal government ruled one out an emissions intensity scheme as part of its review into climate change policy, following criticism from some of its own MPs.

And Mr Weatherill told ABC radio on Thursday he'll be pressing the states to team up to create their own scheme "in the absence of national leadership".

"Our first instinct is of course to seek a national scheme," he said, adding it could be done without federal government support.

Mr Weatherill said power prices in SA would go down if an emissions intensity scheme was adopted.

"It would clean up our energy system," he said.

It would also encourage more base-load gas generation and increase competition, he said.

But Prime Minister Malcolm Turnbull warned the SA proposal would put jobs and businesses at risk.

"The South Australian Labor government has delivered an absolute double whammy of not being able to keep the lights on and having the most expensive electricity in Australia," he told Neil Mitchell on radio 3AW.

Mr Turnbull said he believed energy policies should be national, given the country-wide electricity market.

"It is absolutely the coalition's position that we will not impose a carbon tax or an emissions trading scheme," he said. Mr Turnbull again left his Environment Minister Josh Frydenberg to explain himself why he said on Monday an emissions intensity scheme would be looked at as part of the government's review before later denying it.

Dr Finkel will brief state and territory leaders and Mr Turnbull at the COAG meeting about a national blueprint on energy security and reliability in the wake of blackouts across SA earlier this year.

"The prime minister has laid out the parameters of the review and it must be in accordance with our energy policy," she said. He accused the states of being driven by ideology.

"We are interested in the outcomes, which is lower pressures on energy prices for families and households."

Opposition Leader Bill Shorten said Mr Turnbull had become a "complete coward" on climate change, gagged from taking action by the right-wing of his party.

"He himself said he wouldn't want to lead a political party which didn't believe in taking action on climate change," he told reporters in Sydney.

"Increasingly, he looks in the mirror and doesn't like what he sees in terms of the policies that he once believed and what he is now required to do because he can't run his own party." 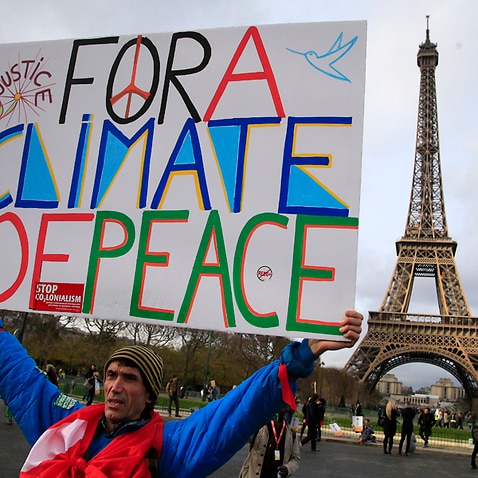 The Paris climate deal has come into force – what next for Australia?