Channel Nine's new Today Show reporter spoke out about why she won't be celebrating Australia Day on 26 January.

Indigenous journalist Brooke Boney has been subject to negative comments on social media after sharing her view on the Australia Day debate this week.

When asked on Thursday by Today Show colleague Deborah Knight what she thought about celebrating on 26 January, the entertainment reporter and Gamilaroi woman said it was a “difficult day” for her and that she did not want to celebrate Australia Day on that particular date.

While emphasising she was "not trying to tell anyone else what they should be doing or how they should be celebrating" the day, she said she couldn't "separate the 26th of January from the fact that" her "brothers are more likely to go to jail than they are to go to school".

Following her comments, Boney, who presented the news on ABC's Triple J breakfast radio program until last year and previously worked for SBS and NITV, was criticised on social media for her views.

Some targeted her personally, while others criticised Indigenous Australians. 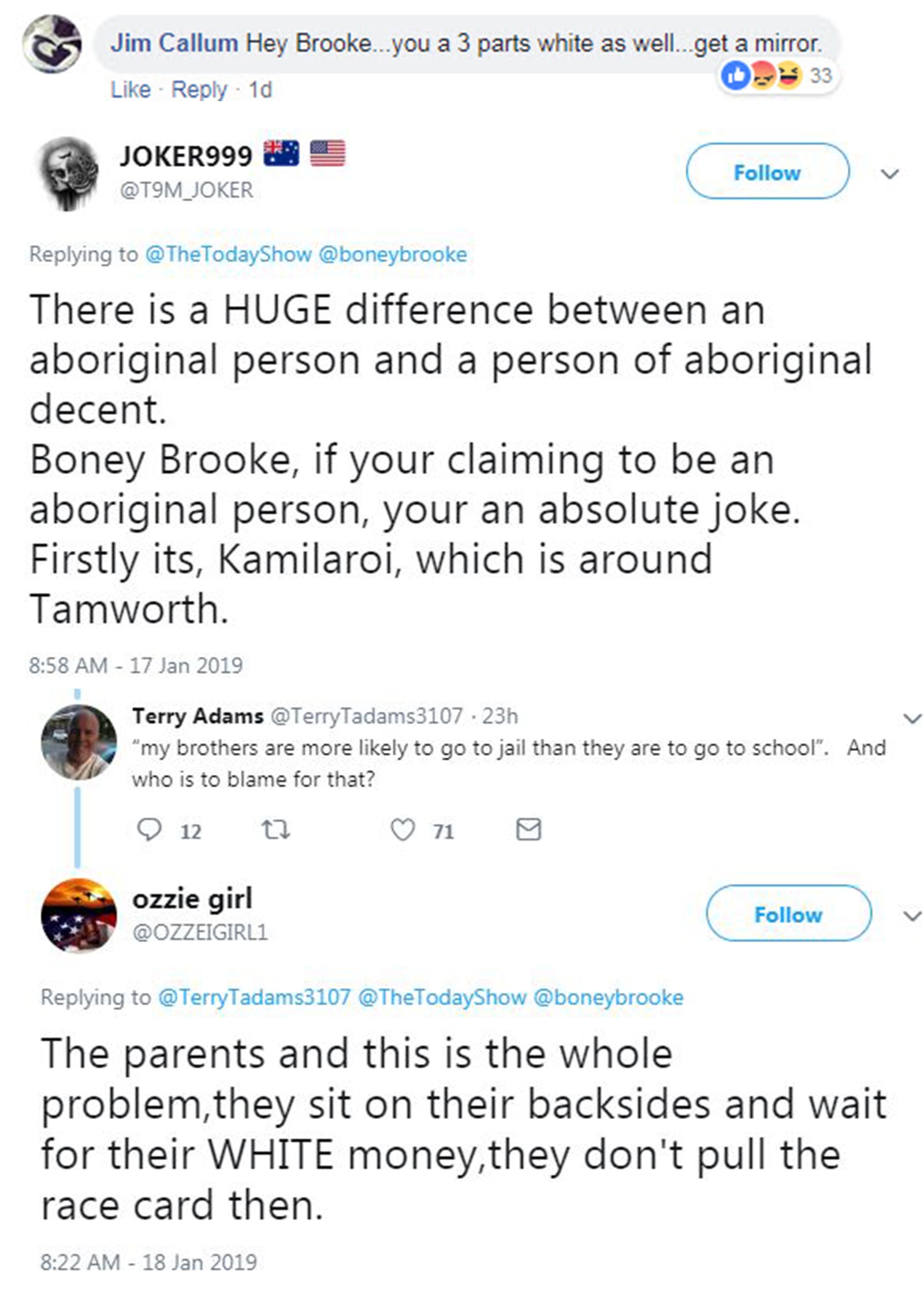 Ms Boney's was questioned about Australia Day after the Today Show aired a story on tennis legend Pat Cash, who was filmed visiting an Indigenous community on the outskirts of Alice Springs and highlighting the harsh living conditions some Indigenous Australians face.

He also called for the date of Australia Day to change.

"It's mind-boggling, the idiot that came up with that date, to think that we should be celebrating that," he told Channel Nine.

"Let's celebrate any other date so we can all join in." 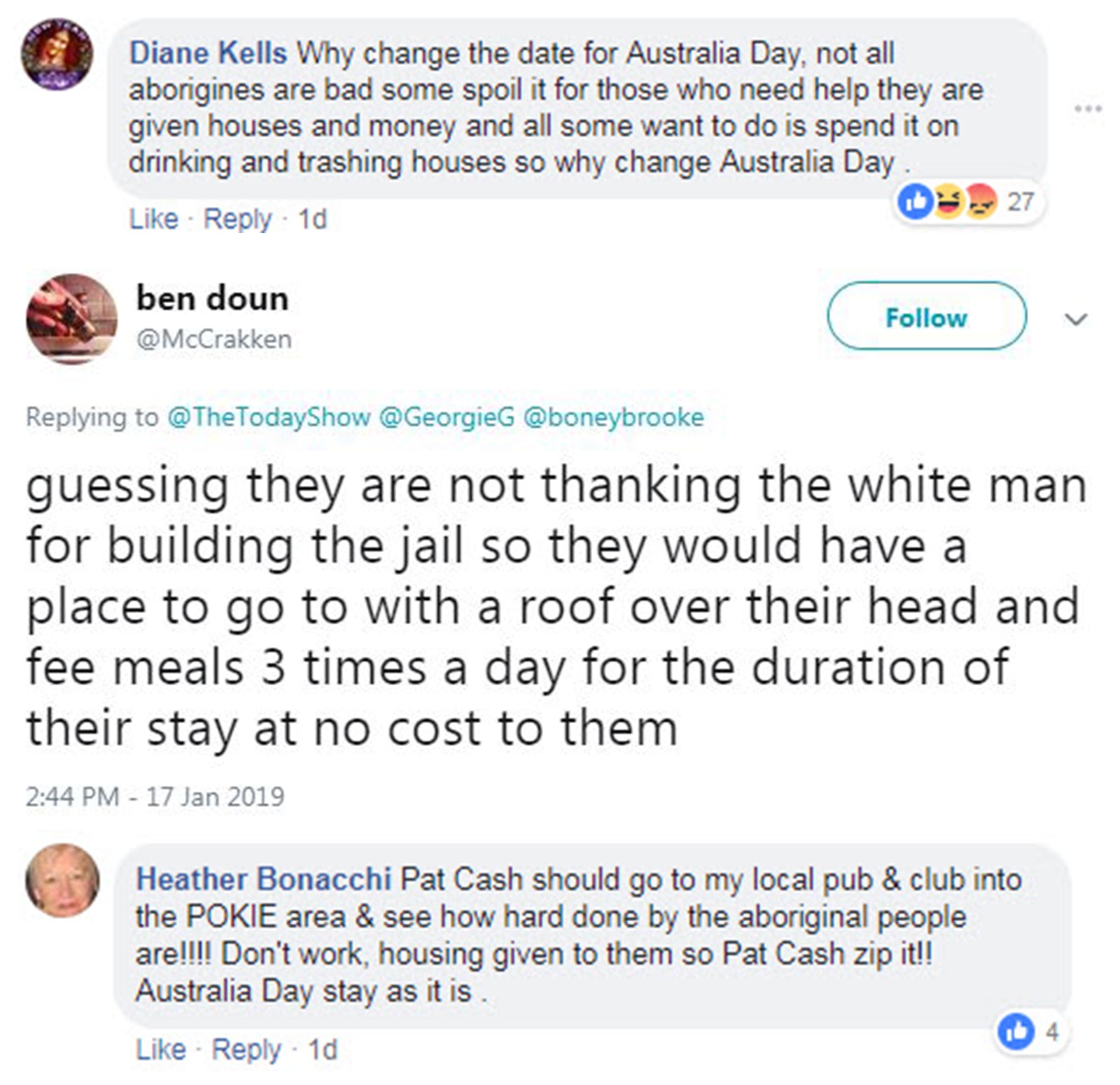 Honest, heartfelt and completely logical. What more could we want on our television screens. #loveyourwork

This is amazing. An important voice and message to the audience you were speaking to. 👏👏👏 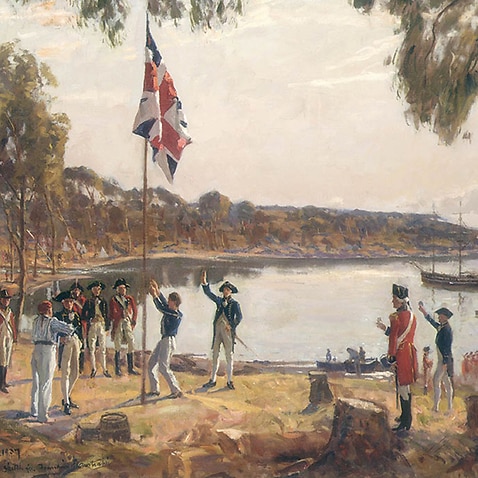 A majority of Indigenous Australians say they would be happy to celebrate the country on any other day of the year, just not 26 January 26, Boney being one of them.

"Any other day of the year I'll tie an Australia flag around my neck and I'll run through the streets with anyone else," she said on the Today Show.

❤️❤️❤️ My love for this country and for all of you is stronger than the hate in any comments section. My experience is what it is. No one can take that away from me. #proudaussie #proudgamilaroi

When asked by Channel Nine's sports presenter Tony Jones "why should any other day be different to the January 26?" Ms Boney responded, saying 26 January was the "first day", a day that changed for Indigenous Australians.

"That's sort of the beginning of what some would say is the end. That’s the turning point,” she said.

She has since responded to the negative backlash saying "My love for this country and for all of you is stronger than the hate in any comments section".

The date of Australia Day has already been changed numerous times, and was only formally recognised as a public holiday since 1994. 'Three in four' still want Australia Day on January 26, according to poll