Twitter has purged more than 70,000 QAnon accounts since the Washington riot 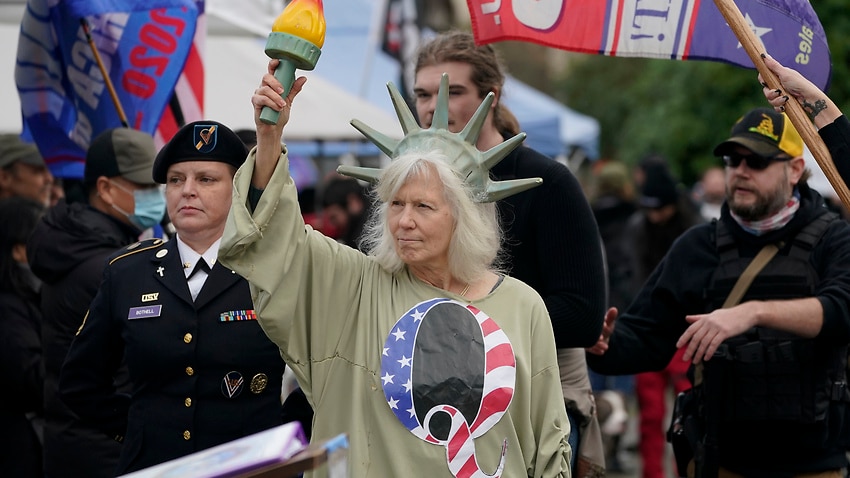 A person wears a shirt with the letter Q, referring to QAnon, during events at the US Capitol on Wednesday, Jan 6, 2021 Source: AP

Twitter has suspended more than 70,000 accounts that were primarily dedicated to sharing QAnon content after last week's violence in Washington when supporters of US President Donald Trump stormed the Capitol.

"Given the violent events in Washington, DC, and increased risk of harm, we began permanently suspending thousands of accounts that were primarily dedicated to sharing QAnon content on Friday afternoon", Twitter said in a blog post on Monday.

"These accounts were engaged in sharing harmful QAnon-associated content at scale and were primarily dedicated to the propagation of this conspiracy theory across the service", the company said.

QAnon backers have pushed conspiracies on social media that include the baseless claim that Mr Trump secretly is fighting a cabal of child-sex predators, among them prominent Democrats, figures in Hollywood and "deep state" allies.

The storming of the Capitol building last week by Trump supporters delayed the certification of Democrat Joe Biden's election victory.

Politicians were forced to flee, as the building was mobbed by the president's supporters who overwhelmed security forces.

Five people died in the violence including one Capitol Police officer who was beaten as he tried to ward off the crowds.