David Duke tweeted his support for US President Donald Trump just weeks ago.

Duke was on Twitter for more than a decade, amassing more than 50,000 followers and just weeks ago tweeted his support for US President Donald Trump.

"The account... has been permanently suspended for repeated violations of the Twitter rules on hateful conduct," a spokeswoman for the platform told AFP.

"This enforcement action is in line with our recently-updated guidance on harmful links." 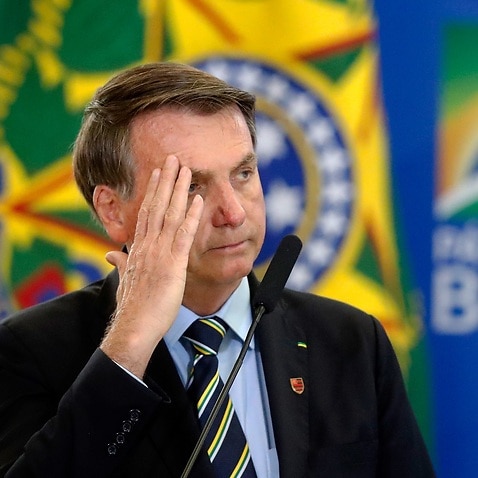 Twitter policies cited in the action prohibit promoting violence or threatening attacks on people based on religion, race or ethnicity.

Pressure has mounted on Twitter and other social media to prevent their use as megaphones for violent rhetoric amid protests in the US against racial inequality.

Twitter recently removed more than 7,000 accounts linked to the far-right "QAnon" movement over abuse and harassment concerns, saying it will limit the spread of conspiracy theories.

Members of the collective believe - with no credible evidence - that the US has been ruled for decades by a Satan-worshipping anti-Trump global elite, including Hollywood stars and the so-called "deep state."

"We've been clear that we will take strong enforcement action on behavior that has the potential to lead to offline harm," Twitter said at the time.

The FBI has identified QAnon as a potential domestic terrorism threat, according to US media.