Conservation group WWF-Australia has found 130,000 tonnes of plastic enters the environment every year, including some eight billion cigarette butts. 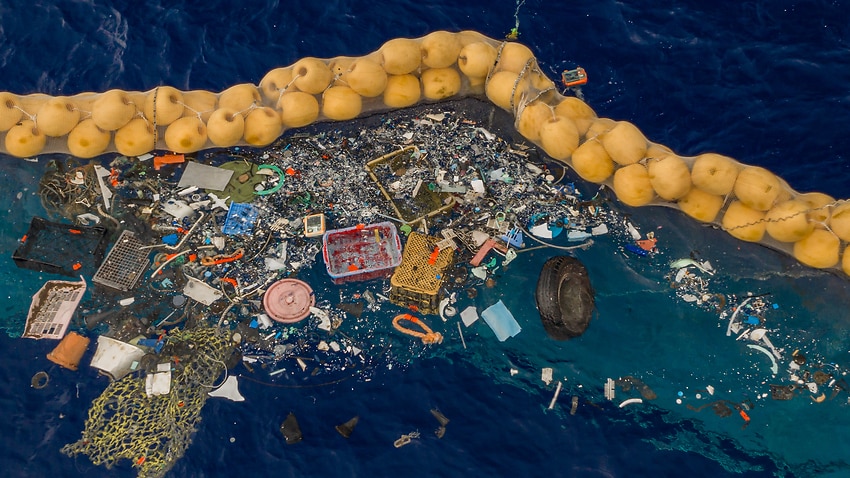 Two Titanic loads of single-use plastics are estimated to enter Australia's oceans and environment every year with cigarette butts found to be the nation's biggest littered item.

Australia's annual plastic consumption is estimated to be 3.5 million tonnes, including one million tonnes of single-use plastics.

Conservation group WWF-Australia suggests 130,000 tonnes of this plastic is leaked into the marine environment every year.

"Single-use plastics are a massive problem in Australia," WWF's Head of Oceans Richard Leck said in a video on Monday.

"Their combined weight adds to the equivalent of two Titanic ships being released of single-use plastics into the Australian environment every year."

A report commissioned by WWF-Australia and prepared by Boston Consulting Group suggests this equates to about 600 million plastic bottles, more than seven billion pieces of soft plastics, and eight billion cigarette butts leaking to the environment each year.

The report, published on Monday, argues cigarette butts carry toxic chemicals when they enter the marine environment, putting at risk the animals who eat them and impacting the health of Australia's oceans."That's just completely unacceptable," Mr Leck said.

"It is the most littered plastic item found in the Australian environment."

Cigarette filters are made from non-biodegradable plastic that can take up to 15 years to break down. They then become microplastics that leach toxins into oceans.

It makes recommendations that could reduce the consumption of these single-use plastics by a quarter, more than double the rate of recovery for recycling.

It calls on federal, state and territory governments to develop a roadmap to phase out cigarette filters, microbeads and most types of disposable plastic foodware, packaging and containers.

WWF-Australia campaigner and policy manager Katinka Day argued if governments adopted these recommendations it could stop 44,000 tonnes of plastic from pouring into the environment every year.

"We have the opportunity to halve the amount of plastic pollution flowing into nature right now, but we need our governments to take the lead. Industries and individuals cannot solve the planet's plastic problem alone," she said in a statement on Monday.