A powerful typhoon left five dead, one missing and scores injured in Japan Monday, moving northward off the Pacific coast after millions struggled to the polls for a national election.

The typhoon had left the Japanese archipelago by about 9:00 am (0000 GMT) after making landfall in Shizuoka southwest of Tokyo six hours before, the weather agency said.

The storm, which had already dumped torrential rain over much of the country during the weekend, packed gusts up to 162 kilometres (100 miles) per hour, the meteorological agency said. 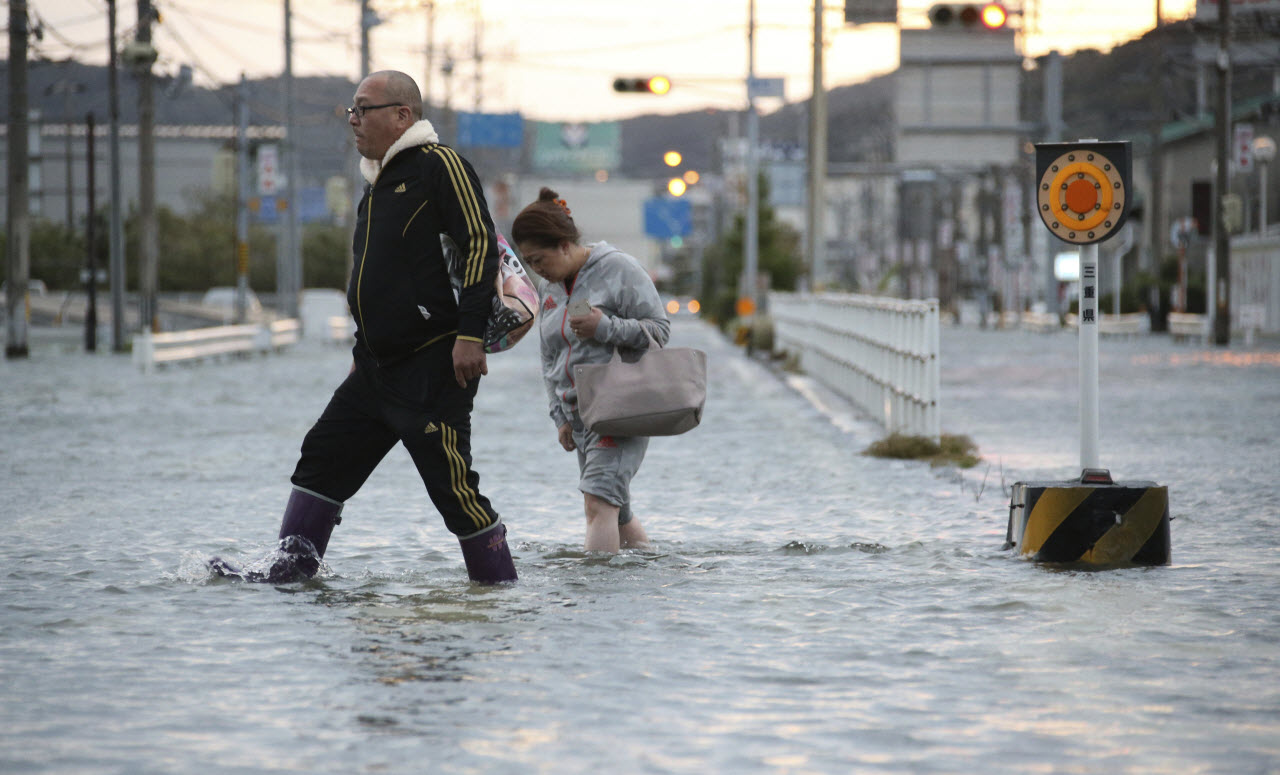 Some ferry services in western Japan were also cancelled as the weather agency warned of high waves, landslides and floods across the archipelago.

The typhoon claimed its first victims Sunday as a male passer-by died when scaffolding collapsed on him at a construction site in Fukuoka in western Japan.

Also in western Japan, a 70-year-old man was found dead in Yamaguchi after he dived into the sea to grab a rope from another vessel as he attempted to escape from his troubled boat, a coastguard told AFP.

In Osaka prefecture, a man in his 80s died after being crushed under a blown-off shutter while a woman in her 60s was found dead in a submerged car, local officials said.

A 29-year-old man was also found in a submerged car in the central prefecture of Mie.

Separately, a 61-year-old man has been missing in eastern Japan's Ibaraki prefecture after he went fishing on Sunday.

More than 130 people were injured across the nation, NHK said, while the central government has so far confirmed 97 injuries.

Television footage showed rescuers tugging a rubber boat carrying an elderly woman in a residential area in Chiba southeast of Tokyo as a flooded river engulfed the area.

Automaker Toyota said it would suspend operations at all domestic plants on Monday.

On Sunday, Prime Minister Shinzo Abe ordered his minister in charge of disasters to be ready to mobilise rescue and evacuation forces, including troops.

"In order to protect people's lives, the Abe cabinet will unite and do its best to provide an emergency response to a disaster," he told reporters.

Voters in the capital braved torrential rain and driving wind on election day, but turnout across the country was expected to be only a fraction higher than the all-time low, as people voted early to avoid the typhoon.

The foul weather did affect the election, with ferries to a remote island in the west cancelled due to high waves, forcing officials to suspend the counting of votes there.

On Saturday, voters on remote southern islands in the path of the storm cast their ballots early, heeding a call from Abe.