British aid organisation Oxfam faced fresh pressure on Tuesday after a former senior member of staff said her concerns about “a culture of sexual abuse” involving aid workers had not been taken seriously by the charity’s bosses.

Scandal-hit British charity Oxfam was reeling on Tuesday after fresh claims of sexual assault and cover-up in South Sudan as Haiti's president condemned the behaviour of some of its staff in his country as "undignified and dishonest".

The latest revelations by Helen Evans, former global head of safeguarding, heaped pressure on chief executive Mark Goldring just hours after his deputy resigned over a scandal involving aid workers' use of prostitutes in Haiti and Chad.

Ms Evans accused senior managers of failing to act and also warned of assaults on children volunteering in Oxfam's hundreds of charity shops in Britain.

The charity group's name took another hit on Tuesday when Oxfam International's chairman Juan Alberto Fuentes Knight was arrested in his native Guatemala over government graft allegations unrelated to the sexual assault claims. 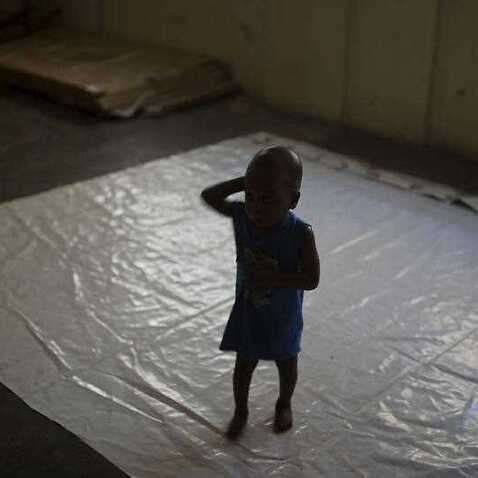 A spokesman for Oxfam International - the umbrella group for 20 national and regional affiliates - said Fuentes "maintains his innocence" and is cooperating "fully with the investigation".

The sex scandal was slammed on Tuesday by Haitian President Jovenel Moisem who said on Twitter there was "nothing more undignified and dishonest" than humanitarian aid workers exploiting "needy people".

Minister of Planning and External Cooperation Aviol Fleurant condemned "serious sexual crimes" carried out by staff members and said they had used money destined for victims of a devastating 2010 earthquake.

Ms Evans told Channel 4 News of a survey conducted during her 2012-2015 tenure which exposed a "culture of sexual abuse" in some Oxfam offices.

The survey of 120 staff across three countries found between 11 and 14 per cent said they witnessed or experienced sexual assault.

The revelations have caused outrage in Britain, where Oxfam received £31.7 million ($56 million) from the government last year.

Some commentators have said the scandal should prompt a rethink of Britain's commitment to spend 0.7 per cent of its national income on foreign aid - a UN target that only very few countries in the world respect.

But visitors at an Oxfam shop in central London were in a more forgiving mood.

"It's like one branch of a chain of shops, it isn't the whole," Richard said. People try to stay in line to get disaster relief supplies in the aftermath of the earthquake in Port-au-Prince, Haiti in 2010 (AAP)
AAP

The international development ministry has begun a wider review of how the foreign aid sector deals with allegations of sexual misconduct in the workplace.

"Emergency situations are almost a perfect environment for these kind of activities to emerge," Mike Jennings, head of the Department of Development Studies at the University of London's School of Oriental and African Studies, told AFP.

"You have extremely vulnerable people ... and a few people who are effectively controlling access to resources, or have huge amounts of power," he said.

Megan Nobert, who was drugged and raped by a fellow aid worker in South Sudan in 2015, told BBC radio sexual violence in humanitarian workspaces was a "common occurrence".

She drew parallels with the #MeToo campaign of denouncing sexual harassment, which started in Hollywood and has since expanded to different sectors such as the media, politics and the world of music.

"The humanitarian community is the latest to have to grapple publicly with an issue that it's been trying to figure out how to respond to quietly," Ms Nobert said. Ms Evans said she asked to take her findings about abuse to the senior leadership team at Oxfam, but the meeting was cancelled and Goldring told her that discussing the report would not take things any further.

Later during her tenure, Ms Evans said she received three new allegations in a single day in February 2015, including one woman forced to have sex for aid.

Ms Evans - now a local councillor in England - said she "struggled" to understand why senior management did not give her more resources to address the problem. 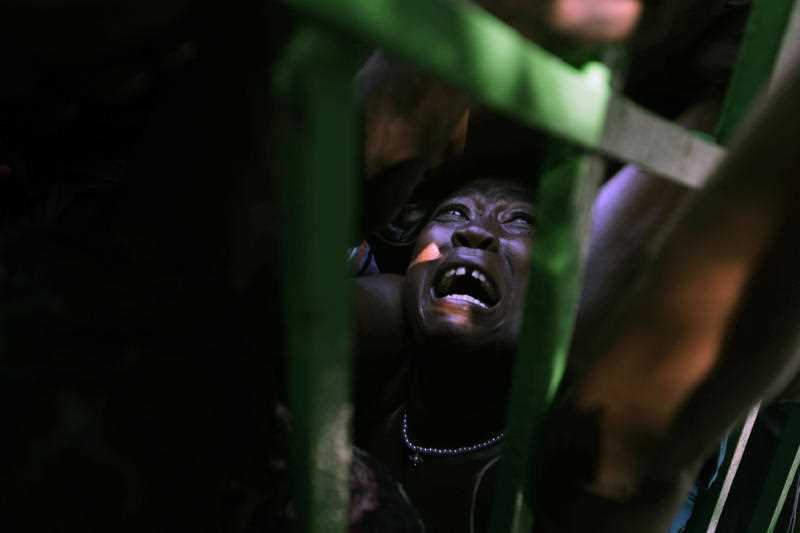 A woman is crushed in a crowd of people waiting for food rations in the aftermath of the Jan. 12 earthquake in Port-au-Prince, Haiti in 2010 (AAP)
AAP In a separate issue, Channel 4 cited figures showing seven incidents of "inappropriate conduct with children" in Oxfam's shops in 2013/14.

One case involving an adult volunteer assaulting a child - the minimum age for volunteers is 14 - went to court, Ms Evans said.

Oxfam has been battling accusations it covered up allegations about the use of prostitutes by Oxfam staff members in Haiti.

Following an internal investigation, some staff members were dismissed and others allowed to resign.

But the charity has admitted it could have been more transparent with regulators about the accusations.

Oxfam deputy chief Penny Lawrence resigned on Monday, saying: "As programme director at the time, I am ashamed that this happened on my watch and I take full responsibility."

Chileans in Australia among the first to vote in historic referendum, hoping to fight inequality back home