The scathing report points to a number of failures in the UK's COVID-19 response, including a lack of understanding about the spread of the disease and thousands of deaths which could have been avoided. 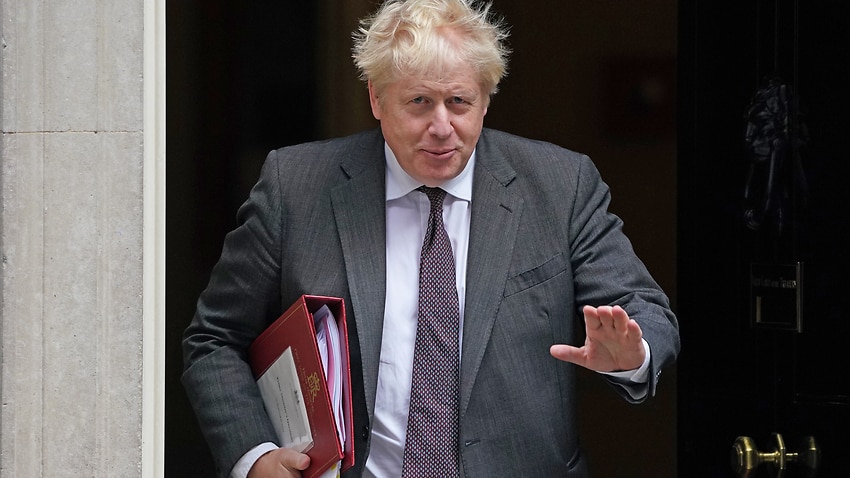 UK Prime Minister Boris Johnson has been accused of 'fatalism' about the pandemic. Source: PA Wire

British MPs said on Tuesday the government's response when COVID-19 swept into Europe cost thousands of lives and was "one of the most important public health failures" in the country's history.

In a damning assessment, a cross-party group of MPs found that official pandemic planning was "too narrowly and inflexibly based" on curbing influenza and had failed to learn the lessons from prior outbreaks of SARS, MERS and Ebola.

Britain has suffered one of the highest tolls in Europe with nearly 138,000 coronavirus deaths since March last year, raising questions about why it has fared worse than comparable nations.

In their 145-page report, issued after months of hearings, the MPs from two parliamentary committees said Prime Minister Boris Johnson's government waited too long to act in early 2020.

Leading advisors were guilty of "groupthink" and pushed a "gradual and incremental approach" to interventions such as social distancing, isolation and lockdowns, said their report.

That approach was marked by "fatalism" about the spread of COVID and a belief that the British public would not tolerate the stringent measures taken in parts of east Asia, but had been proved "wrong" and led to a higher death toll.

"Decisions on lockdowns and social distancing during the early weeks of the pandemic - and the advice that led to them - rank as one of the most important public health failures the United Kingdom has ever experienced," the MPs wrote.

There were also "many thousands of deaths which could have been avoided" when elderly patients were discharged from hospitals into care homes without testing, in contrast to the stricter approaches taken by Germany and Hong Kong.

But the report also praised the government's rapid launch of a mass vaccination campaign against COVID in December, arguing that had "redeemed" some of the earlier failings.

'Slap in the face'

Hannah Brady, spokesperson for the group COVID-19 Bereaved Families for Justice, called that finding in the report "laughable".

"This is an attempt to ignore and gaslight bereaved families, who will see it as a slap in the face," she said.

The MPs said Britain had also mistakenly implemented "light-touch border controls" only on countries with high COVID rates, when most cases were coming from France and Spain.

The United Kingdom fared much worse off compared to other European counties in the pandemic, the report explored why that was the case. Source: Getty Images Europe

Conservative MP Jeremy Hunt, a former health secretary who chairs one of the report committees, said the government had also failed to absorb the early experience of South Korea and Taiwan, which were quick to introduce mass test and trace systems.

East Asian countries with direct experience of SARS and MERS responded best in the first half of the pandemic, Mr Hunt told BBC radio.

"We were always running to catch up," he said. The report also found that ethnic minority staff working on the frontlines of the National Health Service "faced greater difficulty in accessing appropriate personal protective equipment", and suffered at disproportionate rates.

The MPs took evidence from a range of figures, including Boris Johnson's controversial former chief adviser Dominic Cummings, who has repeatedly assailed the prime minister's handling of the crisis.

Asked about the MPs' report, Cummings said he had been working on a new system of pandemic response after the first wave in 2020.

"Unfortunately, the prime minister, being the joke that he is, has not pushed that work through," he told Sky News.

Read More
UK coronavirus cases verge on 3,000 in 24 hours, its highest daily rise since May

In early March 2020, Johnson remarked he had been shaking the hands of COVID patients in hospital. Later that month, he was admitted himself to intensive care and nearly died.

The prime minister has also faced criticism over his refusal to start a full public inquiry sooner, after announcing one in May.

He intends to launch it next spring, arguing the inquiry, with its power to summon witnesses under oath, could hamper the country's ongoing pandemic response.