UK to close schools amid spike in coronavirus cases

The UK will close schools to almost all students but the children of health workers and other vulnerable people will be exempted from the shutdown. 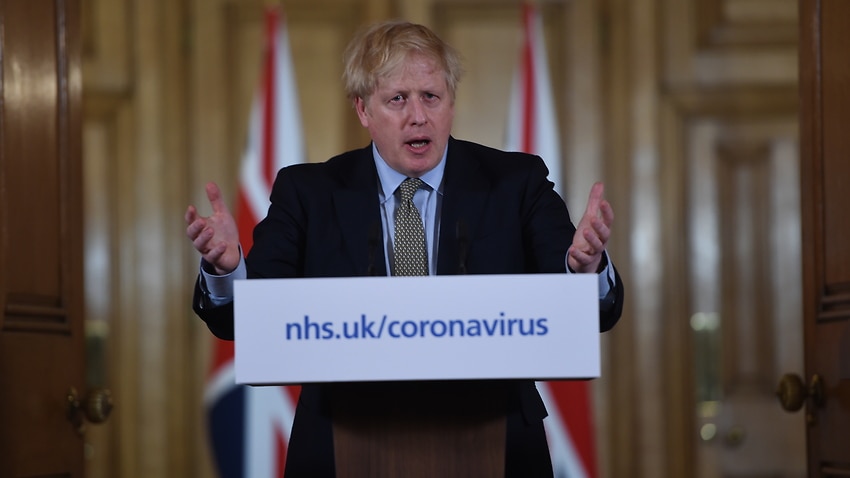 British Prime Minister Boris Johnson has announced the UK will close schools to most students by Friday. Source: Getty

Britain announced Wednesday it would be closing schools in the coming days to stem the spread of coronavirus, as the death toll topped 100 and Londoners braced for tougher measures to tackle the outbreak.

Prime Minister Boris Johnson had held off following the lead of other European countries in shutting schools, because of the impact it would have on the workforce.

But as the outbreak spreads and the death toll reached 104, up from 71 in a day, he said schools would be closed indefinitely later this week.

"After schools shut their gates from Friday afternoon, they will remain closed," he told his daily news conference, without giving a date for their re-opening.

WATCH: a message from @CMO_England on #coronavirus👇

🏠 If anyone in your household has coronavirus symptoms, you must all stay at home

❌ Do not visit your GP or local hospital

✅ Visit https://t.co/Fy42KDsBgu to check symptoms and follow the advice pic.twitter.com/7d6Vxjmiar

Exceptions will be made for key workers, including healthcare staff, police and delivery drivers and for the most vulnerable children.

Mr Johnson earlier this week advised people to work from home and avoid unnecessary social contact and travel, warning the infection rate was starting to spike.

On Wednesday, he said this was having an effect but repeated advice for people with symptoms to self-isolate for between one and two weeks, depending on circumstances.

"Everyone must follow the advice to protect themselves and their families, but also, more importantly, to protect the wider public," he said.

"We will not hesitate to bring forward further and faster measures."

Speculation is rife that London in particular could soon be subject to more draconian measures, as the capital records the most number of cases.

"We know London is ahead of the rest of us so we may see more stringent measures than even those that we have announced so far being taken," Scottish First Minister Nicola Sturgeon said in Edinburgh earlier.

The government will on Thursday introduce legislation giving it emergency powers to deal with the outbreak, including to close premises and restrict gatherings.

Lawmakers were earlier told to stay away from Mr Johnson's weekly question time in parliament amid warnings that Westminster is a particularly infectious area.

Some 25 MPs, including a cabinet minister, are already thought to have isolated themselves.

Sigh. Developed a slight dry but persistent cough yesterday and self isolated even though I felt fine. Then developed high fever at 4am today. There is a lot of COVID-19 in Westminster.

MPs will gather on Thursday however to debate new emergency legislation to deal with the coronavirus outbreak, which ministers hope to push through within days.

The government says its powers will only be used when "absolutely necessary" and the bill has support from opposition parties.

But some MPs voiced concern at the sweeping nature and duration of the proposals and the effect on civil liberties.

Mr Johnson's government has come under pressure to do more to tackle the outbreak of COVID-19, given the tough lockdowns imposed in other European countries.

But he insisted all action was driven by the science, adding: "We're going to do the right measures at the right time."

So far Britain has around 2,600 cases, but chief scientific adviser Patrick Vallance this week warned that 55,000 Britons could have the virus at a "reasonable" estimate.

The new social distancing advice sparked warnings that many businesses, particularly in the hospitality industry, could go bust.

We have the resolve and the resources to win the fight against #Coronavirus pic.twitter.com/g1SnxlMEzV

The FTSE 100 slumped again Wednesday, dropping as much as 5.0 per cent in morning trade, while the pound hit its lowest level since 1985 against the dollar, touching $1.1828.

Finance minister Rishi Sunak on Tuesday announced a package of support for businesses, including government-backed loans of at least £330 billion.

On Wednesday, Mr Johnson also promised legislation to protect individuals unable to pay their rent because of job losses caused by the crisis to avoid evictions.