A top Ukrainian insurgent said Friday the rebels had agreed to an indefinite ceasefire negotiated by Moscow and Kiev that would go into effect this weekend.

The latest truce was hammered out with the help of European monitors and came after a surge in fighting that claimed the lives of eight Ukrainian soldiers this week.

Russia denies backing the rebels but the West and Kiev view them as Moscow proxies who initiated a 31-month conflict in Ukraine's industrial east to throw Kiev's pro-Western government off balance.

The armistice is meant to come into force at midnight Saturday (Friday 2200 GMT) and last through at least the holiday season. 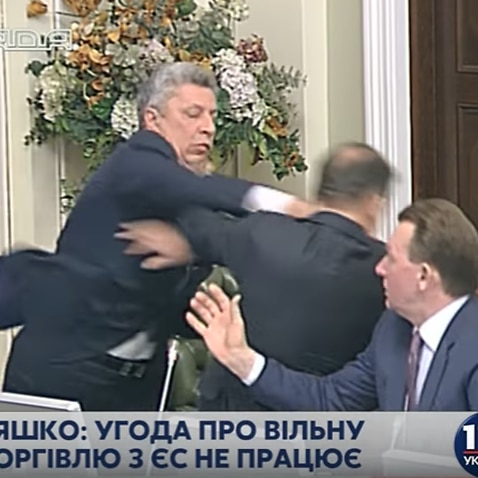 His comment was quickly hailed by Ukrainian President Petro Poroshenko as a sign that his bloodied nation was on the road to lasting peace.

"I expect that thanks to these measures, which come on the eve of the New Year and Christmas holidays, this ceasefire in eastern Ukraine will be a lasting one," Poroshenko said in a statement.

Orthodox Christmas in former Soviet republics is observed on January 7.

Ukraine has seen as a series of periodic truces that always ended up being broken during a fighting that has claimed nearly 10,000 lives in the European Union's backyard

Russia denies playing a part in the war and calls its troops killed or captured in the war zone volunteers.

But its seat at the negotiating table underscores the sway it holds over the insurgents from the mostly Russian-speaking industrial regions of Lugansk and Donetsk.

The truce will come into force after Alexander Hug of the Organisation for Security and Co-operation in Europe (OSCE) warned Thursday of a "massive upsurge in violence" in a country that has turned into a broken bridge between Russia and the West.

Hug said his organisation in recent weeks had recorded a 75-percent increase in violations of a ceasefire agreed in February 2014 to little effect.

The deputy chief of the OSCE's Special Monitoring Mission for Ukraine added that the use of heavy weapons banned by a tattered February 2015 peace agreement had risen by 300 percent.

It lasted for several weeks before fighting slowly resumed and led to a series of bloody battles over the summer.

The last truce between between the two sworn foes was agreed on September 1 and largely held until this month.