The UN Human Rights Committee says Australia must stop rejecting refugees and change its migration laws in a scathing review of the country's human rights record. Here's a snapshot of what that means.

The United Nations Human Rights Committee released its recommendations from its review of Australia’s compliance with a key human rights treaty, the International Covenant on Civil and Political Rights.

The committee harshly criticised Australia for failures in key areas. These included the treatment of refugees, Indigenous rights and inadequate protection of human rights, including the lack of a national human rights act.

What is the UN Human Rights Committee?

This is the treaty body for the International Covenant on Civil and Political Rights. The committee is made up of 18 independent human rights experts. Its key functions are to:

What did the committee say about Australia’s human rights record?

The committee noted areas in which Australia’s record had improved. These included the establishment of the Parliamentary Joint Committee on Human Rights and the introduction of protections against discrimination on the grounds of sexual orientation, gender identity and intersex status.

The committee also commended Australia for its commitment to ratifying the Optional Protocol on the Convention against Torture.

The rights of refugees

It raised concerns about refoulement (the forcible return of refugees to their home countries), mandatory detention, Operation Sovereign Borders and offshore detention. This includes the recent closure of the Manus Island Regional Processing Centre.

The committee urged Australia to end offshore processing and bring the men on Manus to Australia or another safe country. It emphasised the need for detention to be used to assess individual risk, not as a general deterrent. It also found that Australia has “effective control” over the detention centres on Nauru and Manus Island.

The rights of Indigenous people

The committee expressed concern about disproportionately high (27%) Indigenous incarceration rates. It recommended that measures such as mandatory sentencing and imprisonment for not paying fines be repealed.

The committee further recommended that Australia provide adequate funding to the National Congress of Australia’s First Peoples, and consider constitutional change to reflect the special status and fully protect the equal rights of Aboriginal and Torres Strait Islander peoples.

As it has done before, the committee urged Australia to establish a national reparations scheme for members of the Stolen Generation.

The rights of lesbian, gay, bisexual, transgender and intersex people

Barriers to gender and sex recognition on documents were also criticised.

The committee took a strong stance on the same-sex marriage postal survey. It stated that: resort[ing] to public opinion polls to facilitate upholding rights under the Covenant in general, and equality and non-discrimination of minority groups in particular, is not an acceptable decision-making method.

The committee recommended that the Marriage Act be amended, regardless of the outcome of the postal survey.

The rights of women

The committee again raised concerns about the involuntary sterilisation of women and girls with intellectual and cognitive disability, and recommended that Australia abolish this practice. 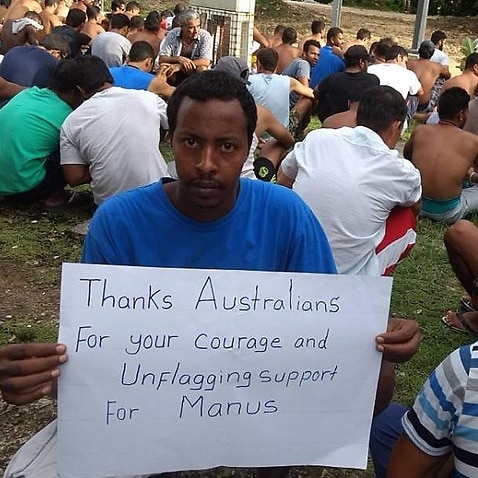 As in previous reviews, the committee recommended that Australia introduce a comprehensive national human rights act to give effect to the human rights protections in the covenant.

The committee criticised previous attacks by politicians on the Australian Human Rights Commission and recommended that Australia respect the independence of that body.

The release of these recommendations comes at a crucial time for Australia, which last month won a seat on the UN Human Rights Council.

The council is responsible for strengthening the promotion and protection of human rights, and for addressing human rights violations around the world.

Australia was criticised at the review for a history of “chronic non-compliance” with committee recommendations. The challenge for Australia will be to engage positively with the recommendations and urgently implement substantive change to promote and protect human rights.